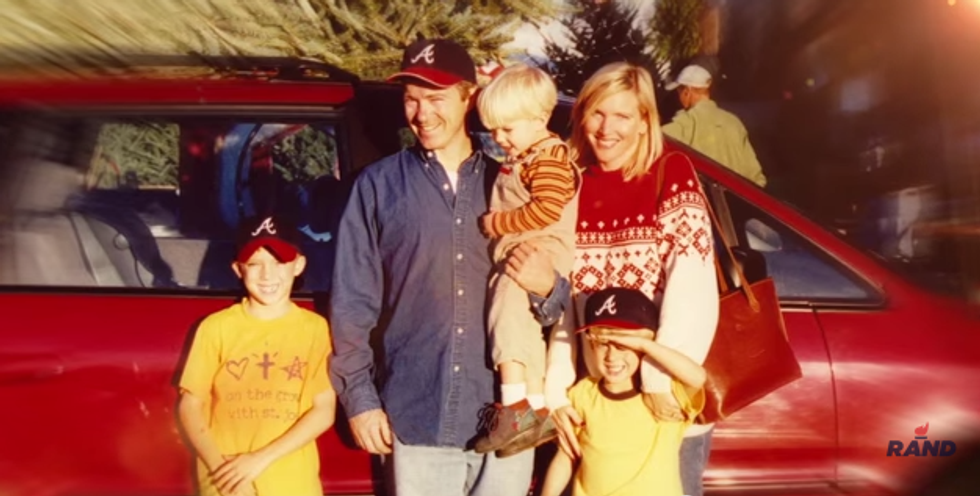 Sen. Rand Paul is A Expert on many things, like racial tension, and morality, and parenting, and why cops kill black people sometimes (because of high taxes, duh), and, like, other stuff too. So of course we are all eager to hear his Hot Takes on the mysterious death of Freddie Gray, whose spinal cord somehow got broken while in the custody of the Baltimore police, and the riots and violence and destruction that has occurred in the city over the past few days. Splain it at us, Senator, preferably with a fellow expert on everything like radio wingnut and soon-to-be publisher of her own "news" site LifeZette, Laura Ingraham:

The thing is is [sic] that, really, there are so many things we can talk about that I think it’s something we talk about, not in the immediate aftermath but over time, you know, the breakdown of the family structure, the lack of fathers, the lack of sort of a moral code in our society. And this isn’t just a racial thing. It goes across racial boundaries.

The senator has a point. We all know that the leading cause of criming is absence of fathers, because that's what everyone says on Fox News, so it must be true. And it's not just a black thing. Why, look at this young white crimer, clearly in need of a father and a moral code:

According to the citation, Lexington police found Paul at 11:24 a.m. sitting in the driver’s seat of a maroon 2006 Honda Ridgeline that had collided with a parked vehicle at 147 Woodland Avenue. The report said Paul was “belligerent” and had “a strong odor of alcohol,” bloodshot eyes and slurred speech. […]

Paul was charged at the hospital with DUI and failure to maintain required auto insurance, [Lexington police spokeswoman Sherelle] Roberts said. Paul was not taken to jail because he was being treated for his injuries, she said.

That would be William Hilton Paul, son of Rand Paul, getting himself in law trouble -- for the third time (thus far) in his brief 22 years -- for illegally boozing. (And kindly note, people, that was eleven IN THE MORNING.) The first time this thug in need of a father got busted, it was for drinking under age and assaulting a flight attendant, but, like every other thug who flaunts the law to do disorderly violence, he just had to perform some community service and take a class about not doing that. Which he failed because he got busted for underage drinking again later that year. WHERE WAS HIS FATHER?!?! Cleary he does not understand, as Rand Paul does, that "we do have problems in our country" -- fathers not sticking around to teach their kids not to do riots and looting and drunk driving, for example -- "but there can be no excuse for the behavior."

It's really too bad kids these days don't have the right kind of family structure and the right kind of moral code to know better and not engage in this kind of lawless behavior. Good thing Rand Paul is running for president. Clearly, he's the perfect dad for the job.