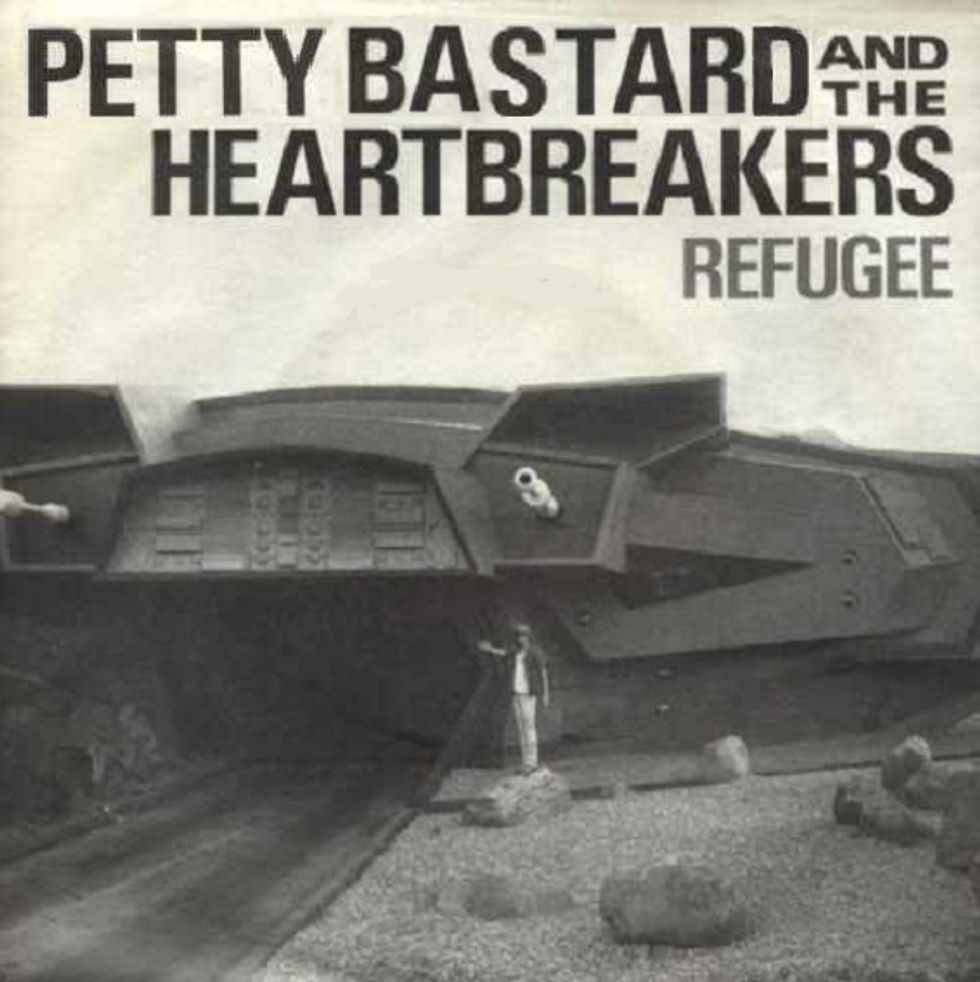 Rand Paul is at it again, pretending to be mystified that the USA is accepting Iraqi refugees, because after all, we won the war. Oh, hell, it's Rand Paul, so who knows, maybe he really sincerely believes it. Anyone who'd find Ayn Rand an impressive economic thinker, and who could claim to be both a libertarian and "pro-life," probably has no difficulty at all "remembering" all the parades in Iraq where grateful Iraqis threw flowers to the American troops. For all we know, he remembers seeing the black and white newsreels of the wild crowds at Baghdad's Arc de Triumph, jumping up on jeeps to kiss the victorious GIs. He said the same dumb thing on an Iowa radio show in May, and repeated the claim this week on Boston Herald Radio, according to Think Progress, as part of a larger argument that America takes in too darn many refugees to start with, especially from the Middle East, because those people are crazy terrorists:

“It’s crazy that we would just say, ‘come visit us or come on a student visa or come as a refugee or just simply come and become a citizen,'” the Republican presidential hopeful said. “So I think we need much more scrutiny than we’re doing.”

In particular, he singled out for criticism the fact that the United States accepts thousands Iraqi refugees, because, according to Paul, asylum only makes sense when a side loses a war, like the South Vietnamese and the United States.

“We accepted 60,000 people from Iraq as refugees,” the Kentucky GOPer said. “What I don’t get about it is, I thought asylum would be when you lost the war. We won the Iraq War! We put in place a democratic government. Why would there be any people seeking asylum from Iraq after the war?”

Why, it's almost as if he knew nothing at all about the actual outcome of the Iraq War, isn't it? Or maybe he read a briefing paper from Paul Bremer's fantasy camp and was convinced that Iraq was a thriving free-market democracy now, so everything is prosperous and free. As we noted the first time Paul spouted this derp:

It’s not exactly news that a lot of Iraqis and Afghans who worked for American troops and bureaucrats now face getting murdered by radicals like ISIS, al Qaeda and the Taliban, and that the government has been insanely slow to help them.

And as we also noted then, our efforts on the behalf of South Vietnamese who worked with the U.S. were pretty shameful, especially during the panicked last days of the Republic of Vietnam, but compared to our shameful treatment of Iraqis and Afghans, our withdrawal from South Vietnam was a model of humanitarian assistance.

We have a feeling Paul may know he's completely full of shit on this -- but as we say, he's also so self-deluded that he never thought that he plagiarized anything, so maybe the world inside his head really is a place where the USA "won" in Iraq and installed a robust representative democracy, which is now unaccountably being torn apart by ISIS.

We'd send Sen. Paul a used copy of Thomas Ricks's Fiasco or Rajiv Chandrasekaran's Imperial Life in The Emerald City, but we're worried that instead of reading them, he'd just take a chainsaw to them.