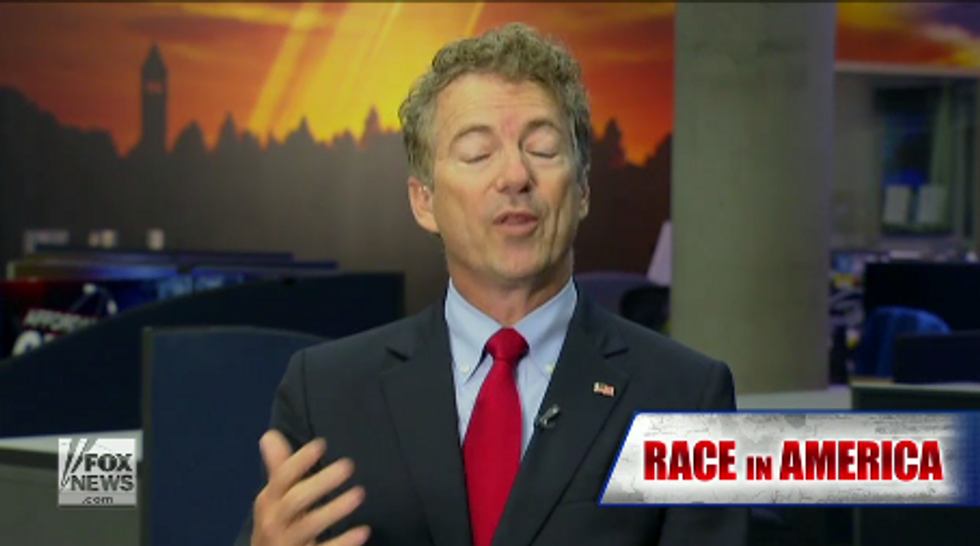 Who understands race better than these guys?

Noted race expert Rand Paul chatted with fellow race expert Sean Hannity the other night, and the senator from Kentucky had some terrific advice for Black Lives Matter, for which its leaders will no doubt be sending him an Edible Arrangement to express their gratitude. Sure, the movement has recently released its own platform, called "Campaign Zero," detailing 10 policy solutions, none of which are "cut taxes" or "more dads and better morals." So clearly, they're in need of Rand's expertise. Tell 'em how they can best achieve their goals of combating police violence in their communities, Senator: