Rand Paul Thought Of Banning Muslims First. How Come Trump Gets All The Credit? 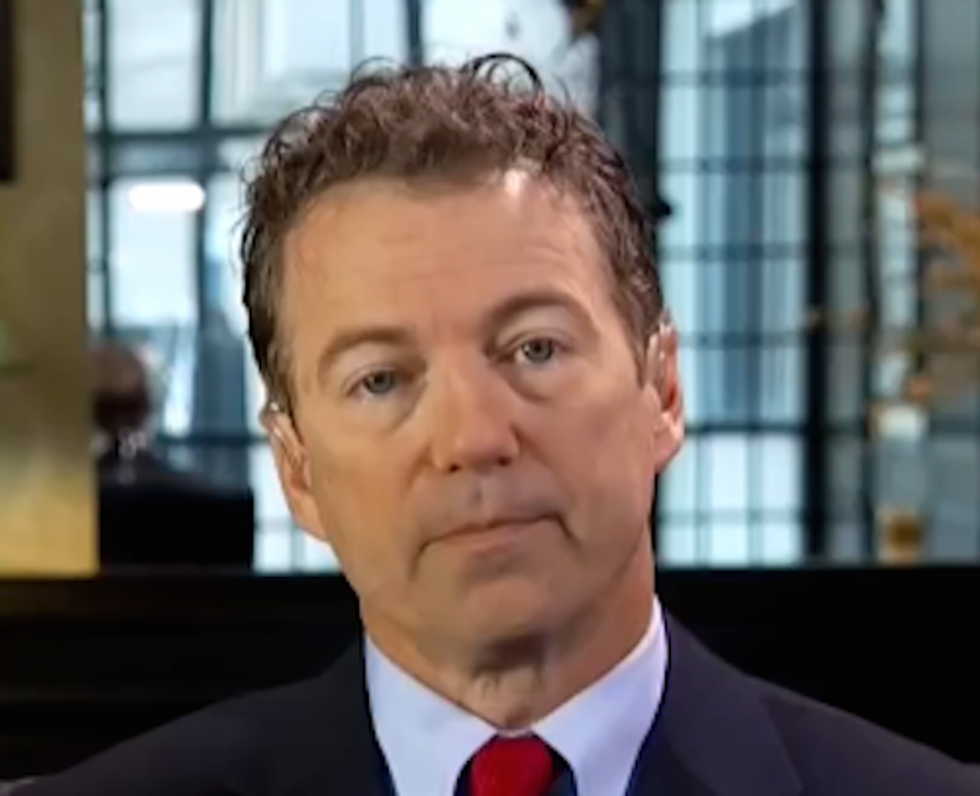 Stop stealing all his good idea

Rand Paul. Remember that guy? Nah, probably not. He is a "doctor" and a "senator" and technically still a Republican presidential candidate, although honestly, we haven't thought about him in weeks. But damnit, he would really like some attention please! So while some Republicans, including Paul's presidential rivals, are pretending to be appalled by Donald Trump's "No Muslims Allowed In Trump's America" plan, Sen. Frat Boy wants you to know it was his idea, ACTUALLY:

I’ve called for something similar, which is a moratorium based on high risk. And so we have examined where the high risk of terrorism comes from and it’s about 34 countries. I would put a pause on all immigration from those 34 countries. I have actually introduced legislation and got a vote on it. I had a vote on it just last week. Which is kind of interesting, all the hoopla, because people don't seem to understand a similar concept has already been voted on.

Rand is so proud of himself when he makes a legislation in his pants. He even got 'em to vote on it and everything! And they did vote on it, giving him a resounding "Fuck off with that noise, Rand." Sure, his amendment was defeated 10-89, but at least he got them to look at it for half a second, so clearly, he's presidential material.

It's important to Rand Paul that we note he thinks "it’s a mistake to base immigration or moratoriums based on religion," as Trump so explicitly advocates. But it's also important to the senator for us to note that Trump's plan is basically Rand's plan, except Rand's plan -- the Stop Extremists Coming Under Refugee Entry Act, aka the SECURE Act (get it? get it? those senators are so goddamned clever, aren't they?) -- would suspend visas for all immigrants and refugees from this list of 34 "high risk" countries, to stop them from "exporting terrorists to us."

And why do you think this Trump-ish but not exactly but pretty much the same plan is such a good idea, Sen. Paul?

Gosh, couldn't we just put up some stickers throughout America, telling them, “Hey you, don't you even think of doing terrorism here”? Wouldn't that solve it? Or does that only apply in situations where homegrown killers do mass shootings on school campuses, and we can't even blame the foreigns for it?