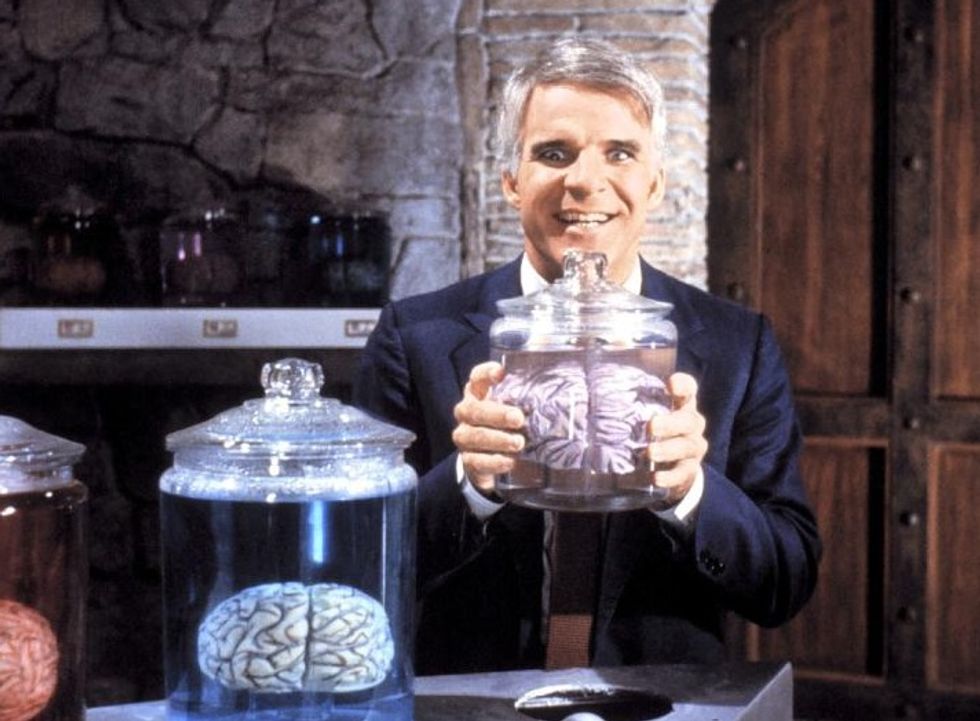 Sen. Rand Paul MD is trying to decide where he stands on the important issue of putting healthcare workers in quarantine regardless of whether they have Ebola symptoms or not. (Remember kids, that's the only time people are infectious: after they're symptomatic). It is truly an ethical dilemma for him, because on the one hand, he is a Libertarian who loves the Freedom (except for ladyparts, which are not free because babbies come first), but on the other hand, he is a "doctor" with a real "license" and everything, and he just wants to keep the public safe from this disease that he knows the CDC isn't telling you everything about.

For instance, he rejects the idea that you can't get Ebola from sitting next to someone on a bus, because what if the person sitting next to you on the bus is a fully symptomatic patient who for some reason decided to get out of bed and ride the bus, where they then wildly vomit and diarrhea and hemorrhage all over you, huh? It could definitely happen!

"It’s a tough question because the Libertarian in me is sort of horrified at indefinitely detaining or detaining anyone without trial," he said, while the Republican presidential candidate in him is kinda turned on by how popular quarantines that far exceed CDC recommendations are.

It is awfully reassuring, at least, that he agrees that Kaci Hickox is still allowed a lawyer, even though she's been in Africa where that terrible disease is.

It's truly an epic struggle for Rand Paul's soul! Is he a Libertarian, who is dedicated to the principle that anyone can do anything they want without government interference (unless it involves their uterus)? Or is he a concerned medical man (whose own father, also a doctor, has pointed out the stupidity of his "logic"), who simply wants to paint the scariest possible scenarios to justify quarantines that are crowd-pleasingly broad? Or is he a dessert topping?

We think a Rand Paul presidency would be just one delight after another, because you'd never know when his Libertarian side would win out. OK, actually, it would wins out when government could do something useful, but it might cost money: "On the one hand, Hurricane Sandy is terrible. But on the other hand I'm a libertarian. So suck it, you're on your own."