Reader Challenge: What Rhymes With 'Bag Of Salted Rat Dicks'? 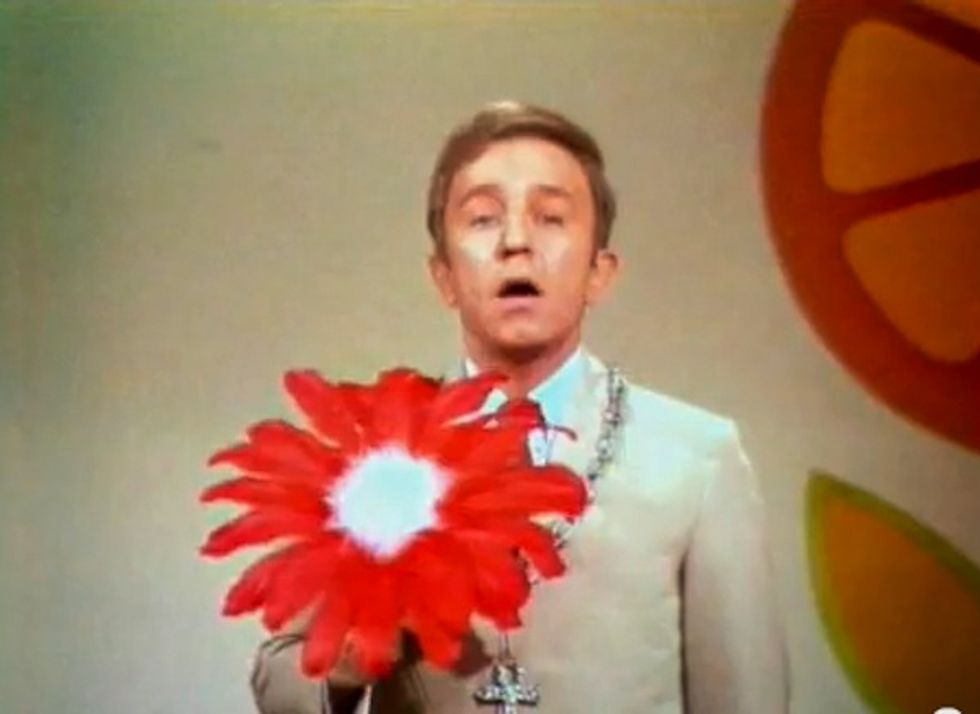 A poem, by Henry Gibson

A German TV comic faces prison in Germany after insulting Turkish President Tayyip Erdoğan on the air with a satirical poem that speculated about Erdoğan's love of sex with ungulates, among other things.

We are extremely pissed about German Chancellor Angela Merkel's decision to knuckle under to the notoriously thin-skinned Erdoğan, who has pursued more than 2,000 prosecutions against Turks who allegedly insulted him. He's basically what Donald Trump would be if Trump led a country, which people should really think about before writing in Vermin Supreme in November, we're just sayin'.

Germans, including members of Merkel's government, understandably are all up in arms about this, which is complicated by how Germany and Turkey are negotiating over the Syrian refugee crisis, and it's just a mess. One reason we don't write more about foreign news is that most of it involves sad, complicated strugglefucks that don't lend themselves easily to dick jokes.

But not this one! To the rescue has come the British magazine The Spectator, which is offering £1,000 ($US 1,440, give or take a farthing) to the best entry to the President Erdoğan Insulting Poetry Competition.

We encourage you, gentle reader, to enter and win that valuable prize, but don't hold out on us. Please share your deathless poesy in the comments, which are not allowed, while remembering the rules for commenting radicals.

Here, we will start you off:

There once was a leader named Tayyip

Who was a thin-skinned, goat-fucking prick with no sense of humor, MAN, what an asshole, the end. And Merkel, what the ever-loving crap are you on about with this nonsense?

(We also do not remember that much from high school English class).