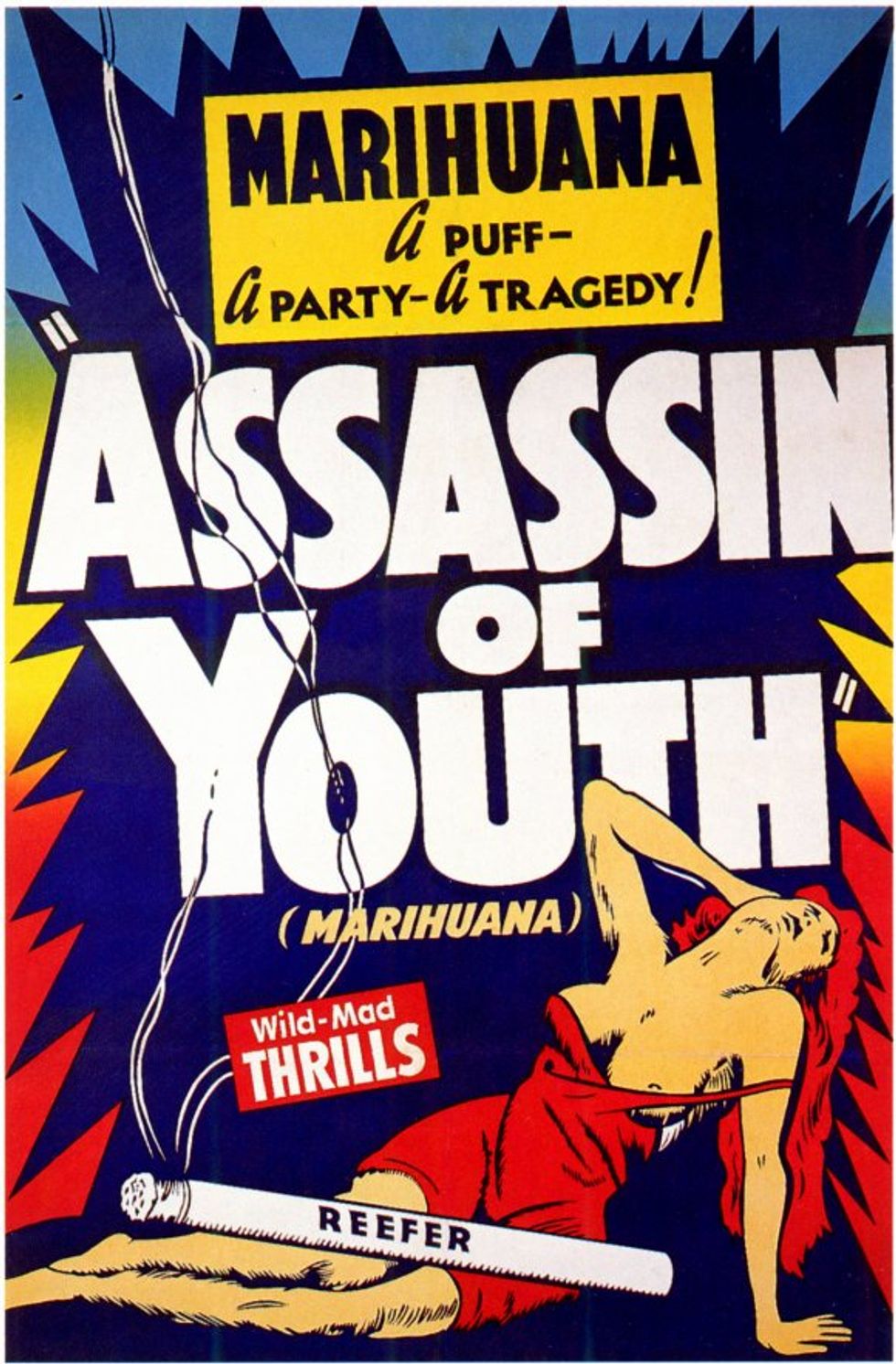 On Tuesday, Floridians have an important decision to make at the polls. No, not whether they prefer Medicare fraudster Rick “Bat Boy” Scott or walking bottle of bronzer Charlie Crist as their next governor. We’re thinking of a much more important issue: Should Florida legalize medical marijuana?

To yr Wonkette, this is a no-brainer because we live in a place where medical marijuana has been legal for years and somehow has not destroyed the very fabric of society. But we understand some people might feel differently. People like the geniuses behind Drug Free Florida, a group founded to advocate against Amendment 2, the ballot measure that, if passed, would allow Floridians to get a doctor’s prescription for medicinal weed that can help them cope with a variety of ailments, such as the fact that they live in Florida.

Drug Free Florida appointed as its chairman one Carlton Turner, a name we had not heard since Nancy Reagan was doing cameos on Diff’rent Strokes back in the early '80s. That is because Turner was the Reagan administration drug czar who came up with the “Just Say No” campaign that frightened a generation of kids into becoming self-righteous anti-drug crusaders. At least until they went off to college and smoked a little weed with the stoner who lived in their freshman dorm (you know, the dude with the blacklight Pink Floyd poster and the baja hoodie) and realized that hey, maybe there are worse things you can put in your body. Like cafeteria food.

We assumed Turner was either dead or in prison or writing for some wingnut site like WND, the only three acceptable places for a former Reagan administration official to be. Alas, no. He is still allowed on TV – okay it’s Fox News, but still – to push his retrograde garbage about pot. At least he has moved on, barely, from his views in 1986, when he said that "Marijuana leads to homosexuality, the breakdown of the immune system, and ultimately, AIDS." Now he only pushes the “breakdown of the immune system” part. Progress!

Drug Free Florida has raised $5.8 million in its fight, which might be impressive if you didn’t know that repulsive ginger finger puppet Sheldon Adelson contributed $5 million, or 85 percent, of that number. Why does the one-time Newt Gingrich fangirl, who lives in Nevada, care about not having medical weed in Florida when he has spent millions of dollars on a research foundation that actually has produced studies showing that medical marijuana might help relieve symptoms of multiple sclerosis sufferers? One columnist in Florida suggests it is due to Mel Sembler, one of Adelson’s oldest friends, who founded a drug treatment company called STRAIGHT Inc., which would presumably see its business affected if it couldn't treat people for addiction to the devil's reefer, and also that Adelson sees pot addiction as a horrifying way of life straight out of a William Randolph Hearst scare story from the 1930s.

Some of Adelson’s dollars went to producing this “No on Amendment 2” commercial featuring one Dr. Madelyn Butler, who seems to think that saying “I’m a doctor” gives her street cred. What she does not mention is that she is an OB-GYN, which is not a field where one would think there is a huge call for medical marijuana prescriptions. Unless one wants to have a little fun before her life is engulfed by a squalling, hysterical poop machine in constant need of diaper changes. Which, if one wants to make such a radical life change, may we suggest skipping the pregnancy and marrying a conservative instead?

Interesting thing about Dr. Butler: She once botched an abortion so badly the baby was born blind, brain damaged, and missing two limbs, and her insurance company had to pay a few million bucks on her behalf to settle the lawsuit against her. But she also hates Obamacare, so conservatives don’t mind having her in their corner on this one.

The latest polling shows Amendment 2, which needs 60 percent of the vote to pass, is unlikely to pass. Which is just one more reason why we won’t be moving to Florida anytime soon, since being high literally all the time is the only way we could stand living there.