Reaganpalooza! A Children's Treasury Of Douches Near But Not Officially Part Of CPAC 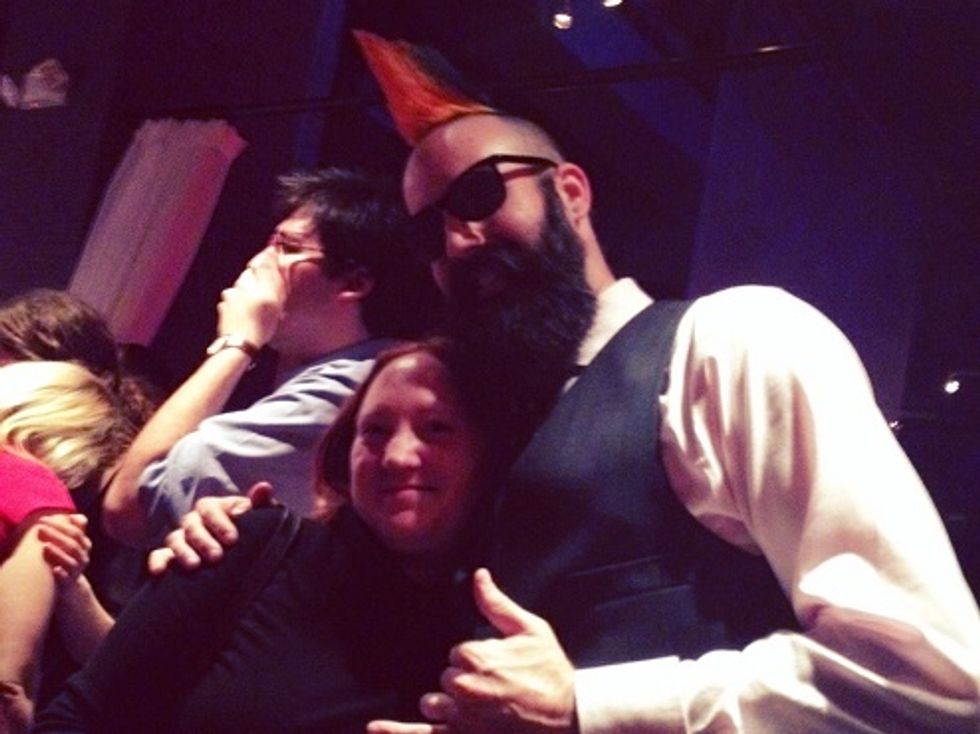 Young conservatives love Ronald Reagan. If you want them to come to your party, name it after the Gipper! Throw in some Reagan-themed cocktails and a swag table from the Daily Caller and you've got Reaganpalooza, an unofficial CPAC function that marked its 10th anniversary this year. Let's see what all the fine young Republicans got up to!

When we arrived at Look Lounge, we found it populated with girls decked out in club gear and guys in button-downs, with everyone covered in Daily Caller stickers deftly applied by girls who slid through the crowd patting them onto unsuspecting shoulders and backs. The lack of life-sized Reagan cutout for wacky snapshots felt like a missed opportunity, but they did have the CPAC Mohawk Guy

The party's sponsorship by the Trump Organization, sadly, did not translate into an appearance by everyone's favorite hotelier and socialite, but that did not mean that the soiree was devoid of star power. Renowned ACORN nut-buster James O'Keefe rolled in and with him some interesting company.

You might not recognize O'Keefe neophyte John Howting, the bearded gentleman shown above standing behind your humble correspondent, unless you work for a community organization in New York founded by Saul Alinsky. In that case, you might remember him as "Melvin," who made the rounds in 2012 claiming to have graduated from West Point and wanting to know how to set up a union at his totally not fake company in order to skim dues and bribe politicians. For some reason this sounded suspicious to organizers for the Industrial Areas Foundation, which consequently escaped getting fake-videoed out of existence. He told us he's now working for the Michigan Republican Party. It's always nice to hear someone of his generation is able to find stable employment that makes use of his talents!

The party gave everyone a chance to reconnect to what they love most about being conservatives: overpriced cocktails, dance music, and exploratory drilling. Maybe next year they'll get Trump to spring for some cutting-edge technology so that Ronald Reagan himself can experience the magic.