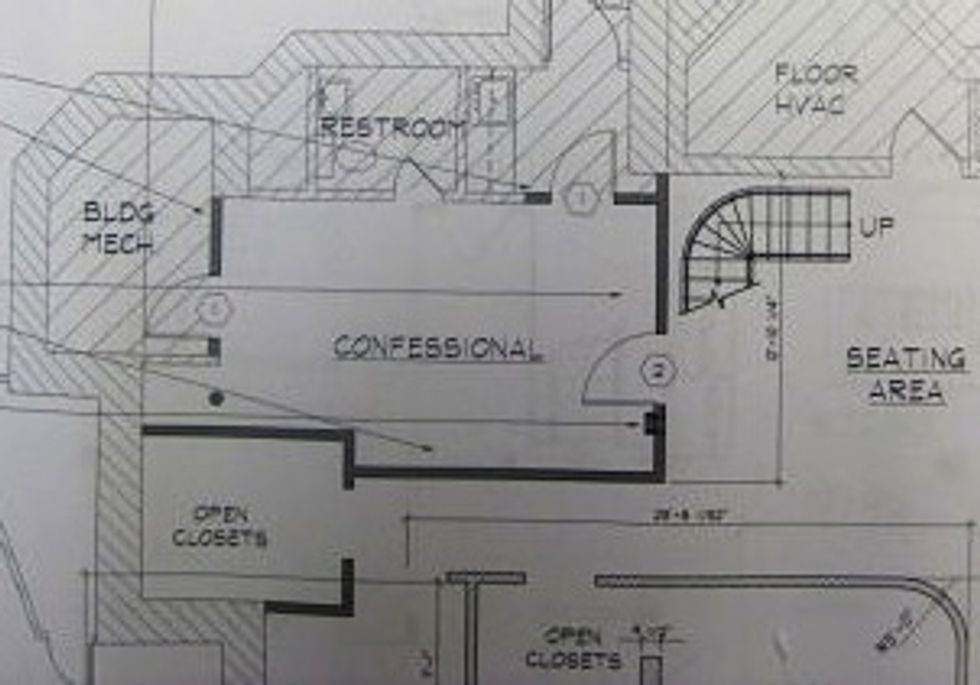 What kind of DC buildings generally require a large room called a "confessional," hmmm? Maybe churches? But nobody builds churches anymore. Maybe Michael Steele's dream plans for the new GOP headquarters, where the Republicans can boozily admit to their various crimes of racism and pedophilia? NO EVEN BETTER,this is a scoop from the Washington City Paper: Actual blueprints for the Real World DC "weeping chamber," where the young and talentless stars of this year's edition of some old MTV comedy will be forced to admit to terrible, terrible things.

A major part of The Real World is apparently a videotaped group terror/therapy session in which the pudgy tattooed near-children sit around this Mouth-Rape Chamber jabbering and moaning over perceived slights and infatuations and the scary "reality" of living in some bizarre mechanical horror mansion in the nation's capital, which is a pretty frightening place all by itself.