Remember How Trump Promised Not To Deport Any DREAMer Kids? Yeah, About That... :( 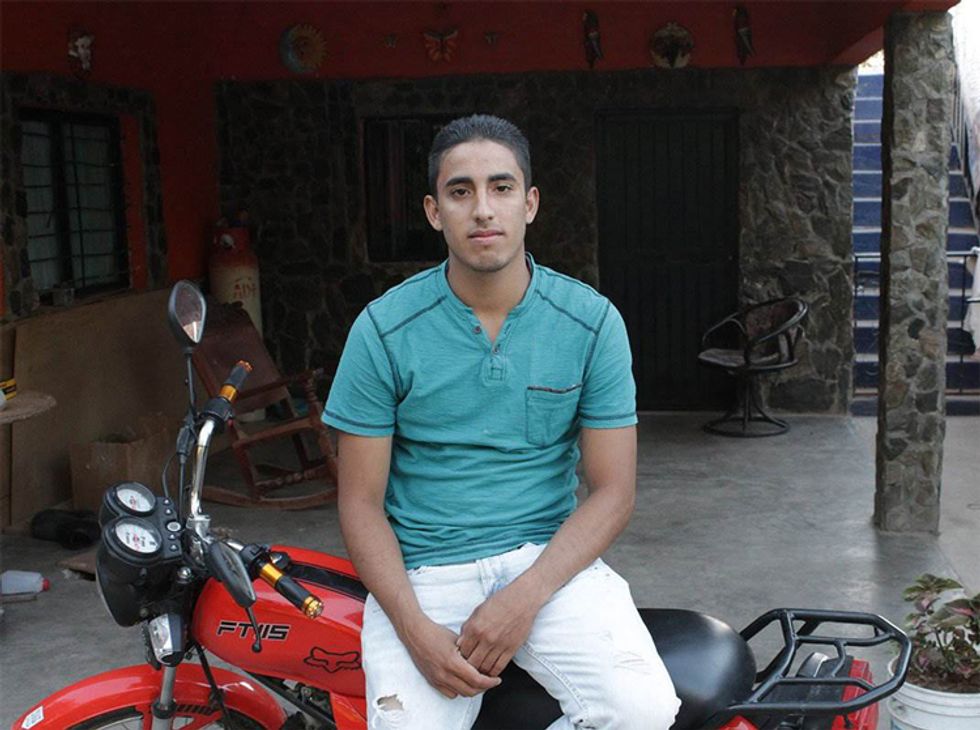 But he has a shoplifting arrest! Clearly a Really Bad Dude.

Donald Trump is a caring, caring guy. Remember how he said his heart just breaks for kids who were brought to the USA by their parents when they were little, and who love America and want to stay here? As Trump said in an ABC interview in January, DREAMer folks wouldn't be in any trouble, heck no:

They shouldn't be very worried. I do have a big heart. We're going to take care of everybody [...] Where you have great people that are here that have done a good job, they should be far less worried.

Donald Trump Fixin' To Deport ALL Y'ALL, But *Very Compassionately*

A brief outline of the New Cruelty.

Homeland Security Secretary Jim Kelly even issued guidelines to ensure that people registered under the Deferred Action for Childhood Arrivals (DACA) program would only be deported if they commit criminal offenses. Oh, except mere "guidelines" don't matter under the New Cruelty: On February 17, Customs and Border Protection (CBP) officers deported Juan Manuel Montes, a 23-year-old man registered with the DACA program, because he didn't have his wallet or his DACA papers with him when he was questioned by a Border Patrol officer. He asked for the chance to go get his papers from the car, but hell no, boy, this is the New Cruelty you're looking at here:

Montes had left his wallet in a friend's car, so he couldn't produce his ID or proof of his DACA status and was told by agents he couldn't retrieve them. Within three hours, he was back in Mexico, becoming the first undocumented immigrant with active DACA status deported by the Trump administration's stepped-up deportation policy.

You don't have your papers, you're a Really Bad Hombre, and off you go. Lawyer? That paper you signed gave us permission to throw you out without any lawyer.

The National Immigration Law Center is working to help Montes, who is now living with his aunt and uncle in Mexico. NILC says Montes wasn't provided any written information on why he was being detained or deported, and is suing Homeland Security to force it to release details of Montes's arrest and deportation. To make matters worse, Montes also has a cognitive disability resulting from a brain injury. Or from the Border Patrol's perspective, he's the perfect target, because he was less prepared to make a fuss or defend his rights. Even though Montes told the CBP officers about his DACA status, they didn't especially care, because they had them a Mexican to deport. He was taken to a Border Patrol station, asked to sign some papers and immediately sent to Mexico.

Montes says he was confused when he was arrested in February:

"They detained me, they took me to a center, they asked me a lot of questions, and I signed a lot of papers," he said.

Montes said he couldn't understand anything he was signing and was not given any copies. Officers walked him to the U.S.-Mexico border and released him into Mexicali.

He also didn't do his own case much help after that: After being dropped off in Mexico, he planned to stay with a friend -- who even drove across the border to get Montes's wallet and some clothes for him. Before he could meet up with the friend again, Montes says, he was jumped from behind, robbed, and beaten, at which point he panicked and decided to head for home, joining a group of people climbing a fence over the border. He was almost immediately arrested and sent back to Mexico, so now he's a dangerous illegal border crosser, one of those likely rapists or murderers Donald Trump warns about. Never mind that if he'd had his papers with him, he shouldn't have been deported in the first place.

Mind you, Montes is No Angel. He was convicted on a misdemeanor charge of shoplifting in January 2016, and also has three arrests for driving without a license. So clearly, combined with that panicked fence jumping, he's one of those Bad Hombres we need to be terrified of. According to CBP guiidelines, those convictions are not serious enough to void his DACA protection, although his re-crossing the border after his dubiously legal deportation may do the trick. Not a great person who's done a good job. No big heart for him. Plus, you know, he's kind of slow. Do we want people with brain injuries to have rights anyway?

Oh, and would you believe Homeland Security is now lying about Montes's DACA protection? A statement from CBP to NBC News claimed his DACA status "had expired in Aug. 2015 and he was notified at that time," although his lawyers have copies of his current DACA paperwork showing he's eligible to work in the U.S. until 2018. The Border Patrol statement focused on what a hardened criminal Montes is, saying he had a "conviction for theft for which he received probation" (shoplifting, theft, whatever. Maybe he knocked over a jewelry store). And then there's his malicious panic the night he was deported:

Juan Manuel Montes Bojorquez was apprehended by the Calexico Station Border Patrol after illegally entering the U.S. by climbing over the fence in downtown Calexico. He was arrested by BP just minutes after he made his illegal entry and admitted under oath during the arrest interview that he had entered illegally.

Bad Dude. Threat to America. Taking our jobs (OK, learning welding at a trade school, but maybe he would have attacked old ladies with a welding torch. You never know with these people).

Montes at least has the support of the immigration lawyers' group, and his case has also attracted attention of prominent politicians. Illinois Senator Dick Durbin is righteously pissed, saying in a statement,

Just last month Secretary Kelly promised me that no one with DACA would lose this protection unless they violated the terms of DACA. I intend to hold him to this commitment[.]

Unfortunately, Montes's story has also been noticed by far less decent members of Congress, too, like white nationalist congressman Steve King of Iowa, who was perfectly tickled to see that the Border Patrol ignored Donald Trump's supposed sympathy for people registered under DACA. Yesterday, the alleged human being Tweeted acharming message:

Excellent catch, Border Patrol! You got a brain-damaged, learning-disabled guy to sign papers he didn't understand so you could toss him out of the country he considered home! It's police work like that that's going to Make America Great Again! Next, let's go after some people with Down Syndrome or autism, huh? Beer for all!

Yr Wonkette is a sane place where we can all be horrified together. We need your donations to keep going, you know. Click the "Donate" linky below!