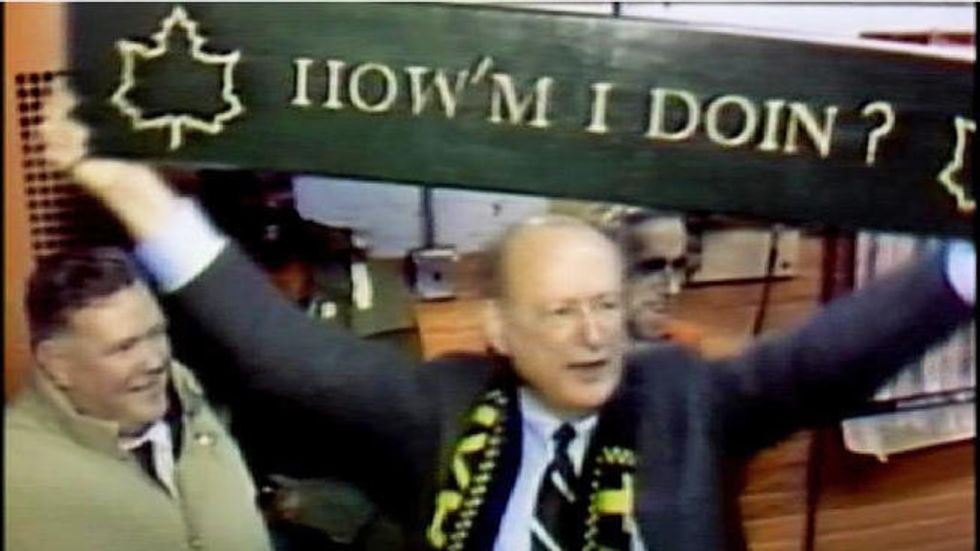 On this day five years ago, Wonkette owner Ken Layne played the WORST TRICK ON YOU GUYS EVER, and announced he had sold this little mommyblog and suicide hotline to MOI.

Also, Andrew Breitbart keeled over dead of his own anger, which led to Steve Bannon taking over Breitbart.com and getting Donald Trump elected president.

So on the one hand: after FOUR YEARS of unemployment, under my inerrant reign, your Wonkette got bigger and hired more people and gave me a husband and a babby and close to ONE MILLION NEW FRIENDS A MONTH. We outlasted Gawker! (But in a bad way :( ) We ... did some other things? (Unclear.) On the other hand: President Donald Trump for REAL?

How have your five years been, my sweetlings? And what ever shall we do for the next five besides #DANCE and #RESIST? Suggestions and stories please, this is your Open Thread!

Your Wonkette is ad-free and supported only by Readers Like You and goddammit you all forgot to send money today. HOP FUCKING TO MOTHERFUCKERS. You're welcome!