Rep. Louie Gohmert Still Yammering About Christian Countries Or Whatever 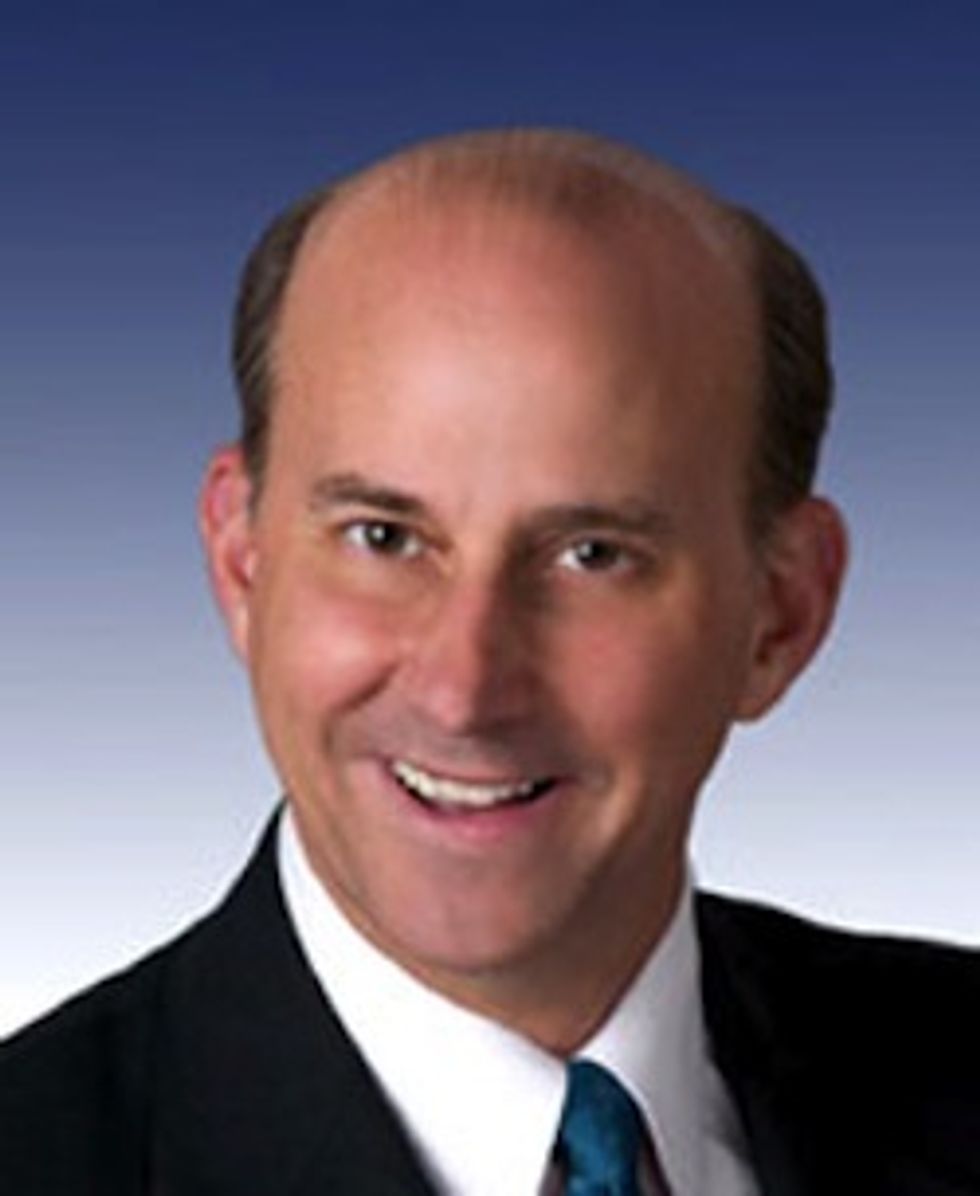 Good morning, godless heathens who are destroying America with your godless heathenism! Whatcha doin'? Destroying America with your godless heathenism? Yeah, we thought so. And Texas Rep. Louis Gohmert, perpetual contender for Wonkette’s coveted Legislative Shitmuffin of the Year Award, would sure like you to stop doing that. Gohmert is one of the mostest greatest deep thinking deep thinkers of our time, who is A Expert on all matters of importance in this day and age, includingcaribou sexytime, how the damned poors get fat on crab legs with their food stamps, and why, just hypothetically speaking, Congress should maybe impeach President Obama if he ever lets Republicans force him to default on America's debt.

So how is Gohmert trying to help us save us from ourselves and the total destruction of these United States? Supporting increasing the minimum wage? Encouraging the uninsured to enroll in Obamacare? Free abortion on demand? Hahaha, don't be RIDICULOSE. Gohmert's save America plan today is so much simpler than all that commie nonsense.

Although he also declared that Christianity is the most persecuted religion in the world, as an aside he argued that only nations that turned away from the Judeo-Christian god have ceased to exist.

"No country has ever fallen while it was truly honoring the god of Abraham, Isaac and Jacob," Gohmert said.

"So if you were completely areligious, completely atheistic, but you wanted to have a free country, and you wanted to have it safe and protected, then it would sound like -- from historical purposes -- that it might be a good thing to encourage those who believe in God to keep doing so," Gohmert said. "Because when a nation's leaders honor that God, that nation is protected. It's only when it turns away that it falls."

Well, that makes perfectly good sense, doesn't it? It is HISTORY, people. The only way to have a free and lasting country is to tell that silly First Amendment to go fuck itself and "encourage" people to be all religious-like, but of course only in a Christian way. (Yeah, yeah, we know he said Judeo-Christian -- which, side note, is a bullshit phrase anyway because there is nothing Christian about our Judeo ... but we digress -- because that makes it sound like he is more tolerant-like and loves him the Jooz, but we are not completely Gohmert-level dumb and we can read between those lines and know full well that when the party that whines about the War on Christmas and persecution of Christians talks about religion, they are really only talking about the Jesus kind, but nice try, Gohmert.)

Reading even more between the lines, it sure seems like Gohmert is hint-hinting that maybe our current leader does not honor God? Oh right because he is a Kenyan Marxist Commie Muslim whatever. Maybe we should all send postcards to the White House, begging Obama to "honor that God" so we do not fall. Because damn, we are thiiiiiiiiiis close to the end of America, and we've already been teetering on the brink, what with our sex educating of our children, which has practically turned us into the Soviet Union. (Gohmert spent a summer there, you know, so he is A Expert on that too.)

So please, pretty please, non-believers, understand how history works and start getting your worship on, fer Chrissake. And America.