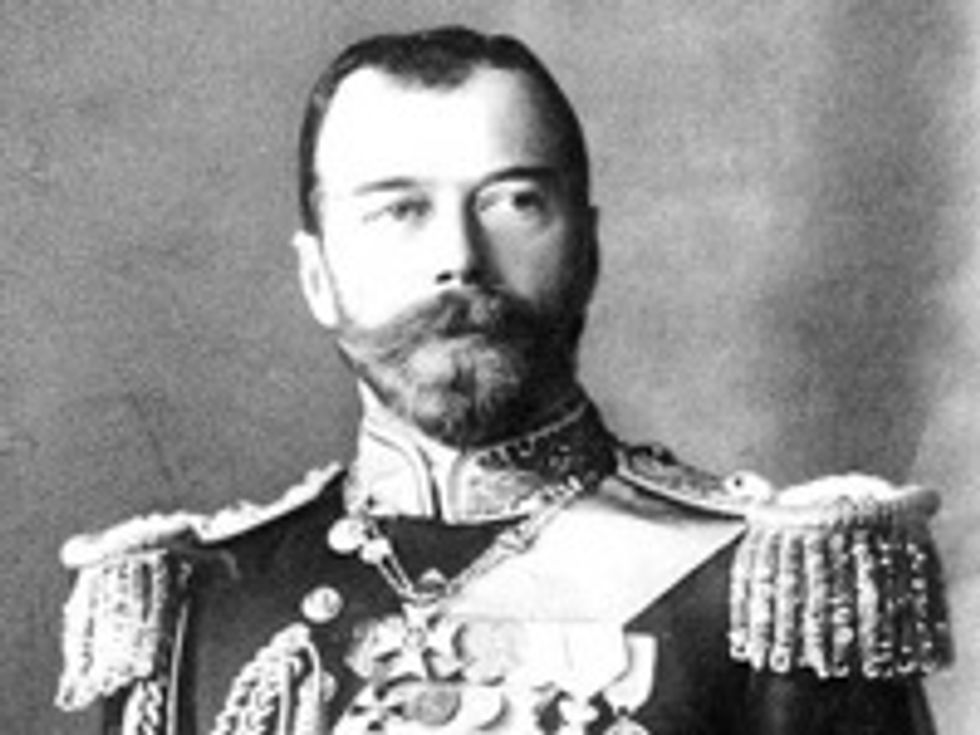 Oh dear: Rep. Patrick McHenry (R-NC) has apparently read The POLITICO'smajor investigative breaking news scoop about Obama's "czars." He thinks Obama should keep Russian oligarchs OUT of our schools and hospitals, and McHenry would like these czars to divulge their responsibilities to Congress. All 30 of them. Or all 44 of them, if there are 44. However many czars there are, that's how many should be begging Patrick McHenry to not send them back on a trans-Atlantic steamship to the Hermitage whence they came.

He recently whined all this to Ed Towns (D-NY), Chairman of the House Oversight and Government Reform Committee, of which McHenry is also, somehow, a member.

"If the czars have high-level, decision-making authority as their titles would indicate, then it is my concern that their appointment without Senate approval represents a circumvention of our Constitutionally-mandated confirmation process."

Patrick Henry will not rest until Obama's new Cynically Capitalizing On Minor News Events Czar Patrick McHenry is forced to admit his treason and is sent to go be an Uighur somewhere or something.