Rep. Steve King Shows Gay Supreme Court Who Is The Very Straight Boss Of Them 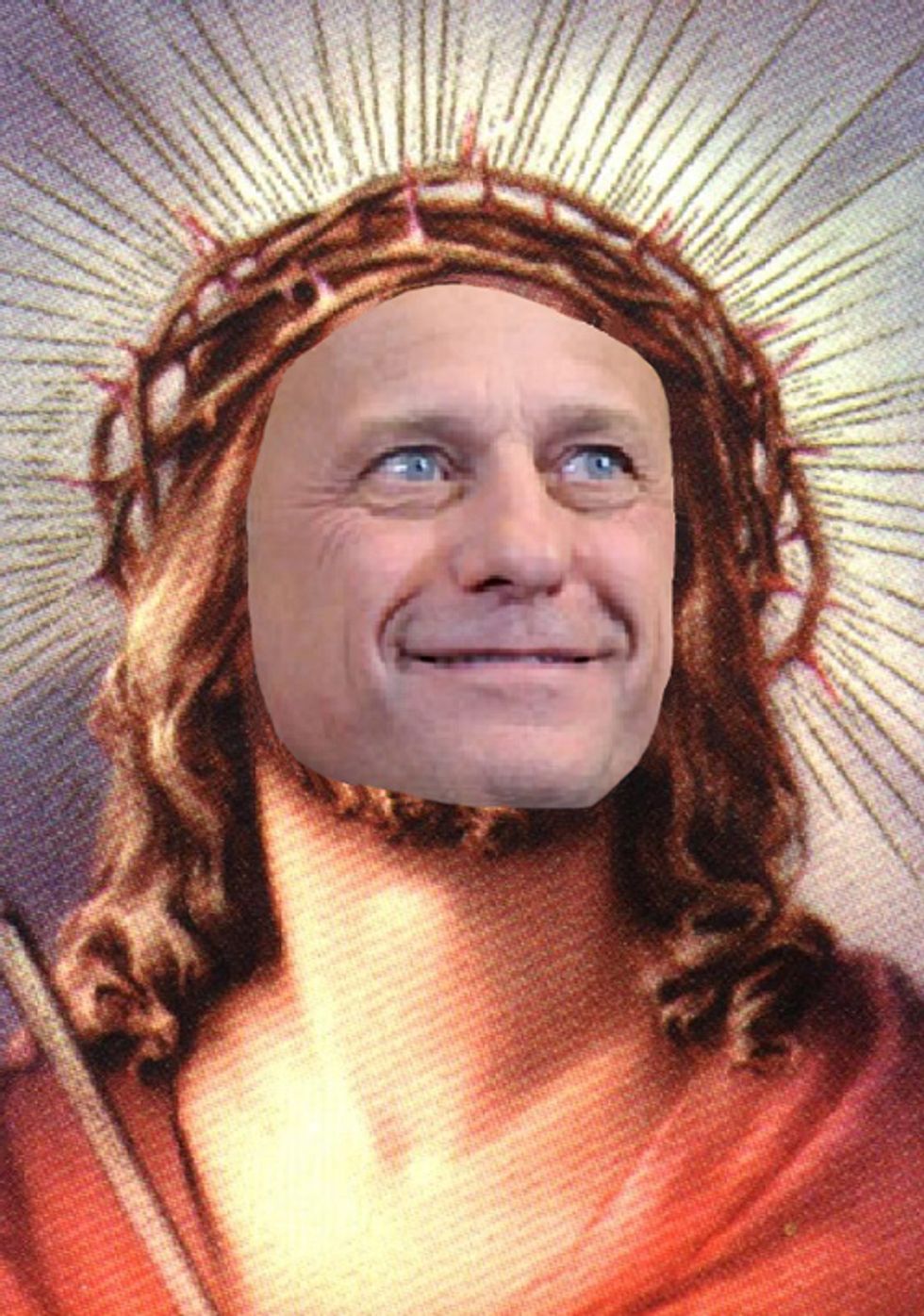 Rep. Steve King has introduced a completely new and different bill to stop the Supreme Court from forcing gay marriage on these United States in June. It is called the "Restrain the Judges on Marriage Act of 2015," and it would make a law that says, whoops, sorry, if a case has "G-A-Y" and "marriage" in the title, judges aren't allowed to hear it:

See, this little law would exercise the part of Article III of the Constitution that gives the Supreme Court and lower federal courts the right to hear any and all cases, "with such exceptions, and under such regulations as the Congress shall make." So Steve King would like the Congress to make some regulations that take gay marriage away from the courts, because conservatives are very much in favor of "jurisdictional stripping" when courts are likely to rule in ways they do not care for.

Scott Lemieux explains at Lawyers, Guns & Money that there are indeed some constitutional problems with King's "disgrace" of a bill, like, oh, the whole part about using jurisdictional stripping to target an entire class of people for discrimination. Lemieux gives us a history lesson and explains why King's stupid bill is going nowhere:

Take THAT, Congress! You gave the judges all the power, and now they are going to use it to gay up the nation! You made your gay judicial bed, now lie in it! So, is King's bill constitutional? Maybe sorta kinda? Are they only doing this because they don't want to let gay people marry whomever they want, even if they are gay? Definitely.

Now, astute readers might be thinking, waiiiiit a minute, wasn't Ted Cruz just saying he wanted to do the same thing? Yes, he was! His was a little bit different though, because Cruz wants a full constitutional amendment, whereas King and the wingnuts who actually wrote this bill are pretty sure that's not necessary.

Wait, the wingnuts who actually wrote the bill? Are we saying that King didn't come up with this idea all by himself, in his tiny squirrel brain? Yes, we are! Right Wing Watch explains that this idea was cooked up by a veritable smegma pit of of lesser right-wing activists, who apparently have a direct line to lesser wingnuts like Rep. Steve King:

What is going unreported is fact that this bill is the result of a campaign backed by some of the most radical anti-gay activists operating today, including Peter LaBarbera, BarbWire, Vision America, Dr. Steve Hotze, and others.

The idea itself was the brainchild of Faith 2 Action's Janet Porter, a longtime anti-gay activist who, just yesterday, warned that gay marriage was responsible for Noah's flood.

And who's to say that it wasn't?! Certainly not yr Wonkette. Right Wing Watch points to an article written by Janet Porter, on Matt Barber's Barbwire website, that esteemed publisher of hysterical anti-gay tirades and conspiracy theories. The headline of Porter's piece says that "We Must Restrain The Judges!" and points to an activism website called Restrain The Judges Dot Com, where people can spend anywhere from $9.95 to $49.95 to send letters to Congress, telling them to Restrain The Judges! She also says in her article that they have somebody in Congress who's really excited about making legislation happen to Restrain The Judges. WHO IS IT???

Oh, it is Steve King, with a Restrain The Judges bill. This will totally work, good luck!