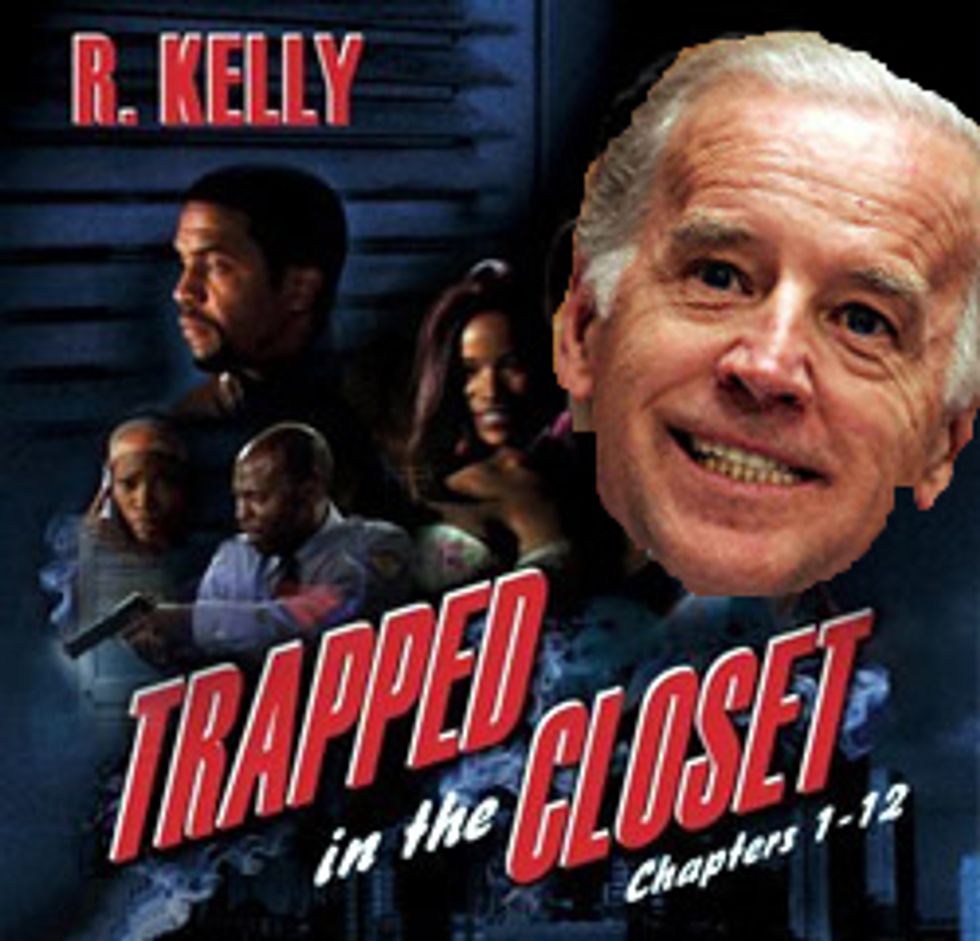 Though foreign reporters are still filing stories from Libya these days, such freedoms do not exist in the Landfill of Humanity on this side of the Atlantic, a place also known as "Florida." On Wednesday morning,Orlando Sentinel reporter Scott Powers went to cover a Bill Nelson fundraiser featuring Joe Biden at one of those Florida death mansions made out of stucco and the corpses of sex offenders or whatever. But Biden hadn't gotten there yet, so his advance team put Powers in a closet and posted a staffer at the door so he couldn't get out and talk to the awful rich Florida people who showed up to this thing. "When I'd stick my head out, they'd say, 'Not yet. We'll let you know when you can come out,'" Powers said. He didn't, however, say if he was stripped naked and forced to live in solitary confinement for days on end, which is usually what people get when they aid and abet journalism these days.

After 90 minutes he was allowed out to hear Biden and Nelson speak for 35 minutes, before being taken back to the closet for the remainder of the event.

From inside his temporary prison Powers emailed his office from his cell phone: ‘Sounds like a nice party.’

Oh, it was a secret sex party. They were doing Powers a favor. The sight of the writhing bodies of old rich white people in the heat of passion is like what happens when you open the Ark of the Covenant.

We assume Florida has officially ticked Indians and manatees off their hit list and is about to move onto murdering journalists. [Orlando Sentinel/Daily Mail]