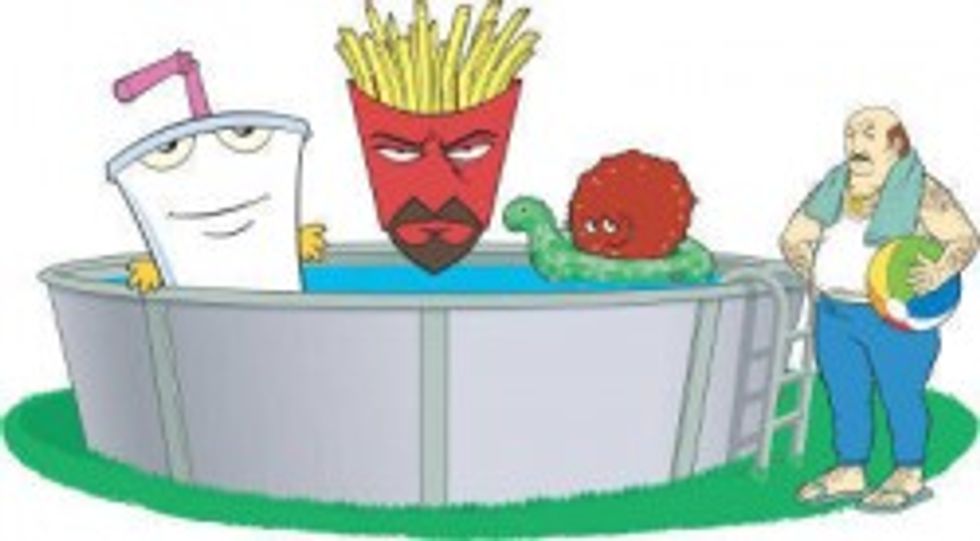 Republican Congressmen really love Israel. And sometimes, when elected officials love a country very much and have built up a special relationship based on demagoguing that country's interests, special things happen, like booze-fueled parties where one dude justreally has to skinny dip.

The FBI probed a late-night swim in the Sea of Galilee that involved drinking, numerous GOP freshmen lawmakers, top leadership staff – and one nude member of Congress, according to more than a dozen sources, including eyewitnesses.

During a fact-finding congressional trip to the Holy Land last summer, Rep. Kevin Yoder (R-Kan.) took off his clothes and jumped into the sea, joining a number of members, their families and GOP staff during a night out in Israel, the sources told POLITICO. Other participants, including the daughter of another congressman, swam fully clothed while some lawmakers partially disrobed. More than 20 people took part in the late-night dip in the sea, according to sources who were participants in the trip.

These GOP sources confirmed the following freshmen lawmakers also went swimming that night: Rep. Steve Southerland (R-Fla.) and his daughter; Rep. Tom Reed (R-N.Y.) and his wife; Reps. Ben Quayle (R-Ariz.), Jeff Denham (R-Calif.) and Michael Grimm (R-N.Y.). Many of the lawmakers who ventured into the lake said they did so because of the religious significance of the waters. Others said they were simply cooling off after a long day. Several privately admitted that alcohol may have played a role in why some of those present decided to jump in.

The Sea of Galilee, a Christian holy site, is where Jesus is said in the Bible to have walked on water.

Although seemingly controversial to modern mores and conventions, it is a little-known fact that one of the Gnostic Gospels contains this very scene, which Republicans, in an expression of the truest Judeo-Christian faith, were simply reenacting.

The Gospel of The Lord, Chapter 16

22 And did Jesus and his Apostles come upon the Sea of Galilee, its waters open before them.

23 After an afternoon of hanging out and getting kind of buzzed, the crew was warm.

24 And the LORD saith unto his apostles, "Did anyone check Breitbart.com, for I am amused by libtards."

25 With tremulous fear, the Apostles looked to each other, seeking the solace that one of them had remembered to check the LORD's Twitter feed.

27 "Cool," replied the LORD unto him, "Now let's go hop in the sea real quick, I always get overheated after we play flip cup."

28 The LORD walked to the edge of the sea and held up his hands,

29 staring into its cool waters, and he declared unto all who listened, "First to drop trou and hop in gets my next parable first, like a timed exclusive sort of thing."

30 The LORD said unto himself, "I should work that into my newsletters."

31 After gazing each to the other, Thomas stepped forward, disrobed, and launched himself into the ocean's water.

32 The Apostles looked upon Thomas' form, his tan lines showing, and the LORD began to chuckle.

33 "I was wondering which of you would fall for that. Don't skinny dip in my sea, bro. Seriously?"

This was pretty much the Stations of the Cross, except holier.