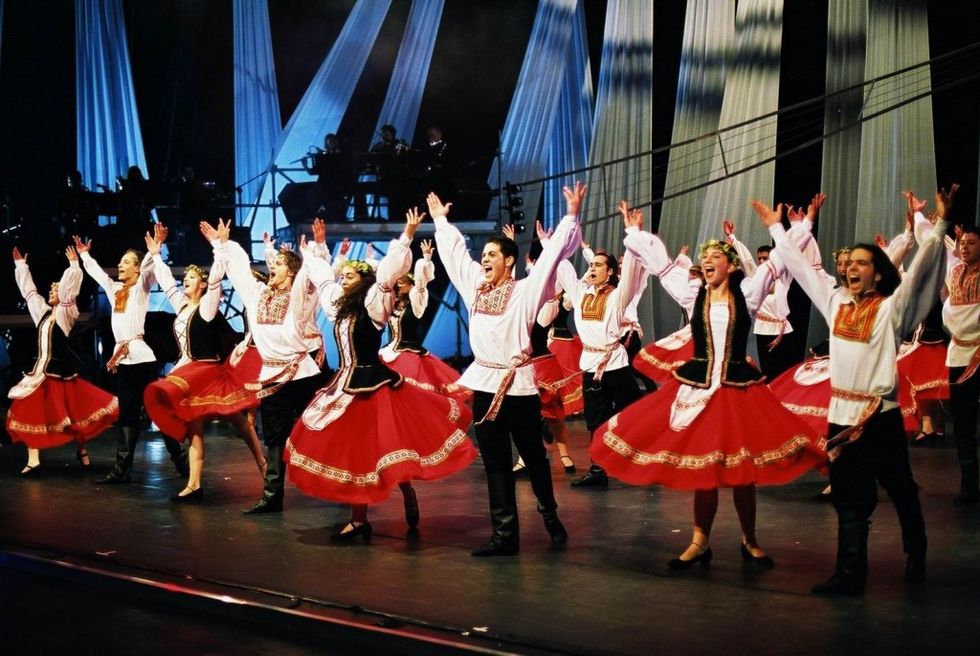 In case you missed it because you were taking your bubbe to shul, Republicans gathered in Las Vegas on Saturday to beg Republican Jews -- all two and a half of them -- to give them Jew dollars for their 2016 presidential aspirations. This is a thing Republicans do sometimes because even though American Jews are overwhelmingly Democrats, andin fact "the most strongly liberal, Democratic groups in U.S. politics," there is this one Jew and his name is Sheldon Adelson and he has SOOO many Jew dollars and he is not a Democrat. In 2012, he spent eleventy billion trillion and thirteen of his Jew dollars supporting Newt Gingrich, which was a terrific investment for Adelson, since Newt is now our president. So you can see why Republicans think it is very important to woo him. He is also on the board of the Republican Jewish Coalition, which is quite possibly the most meaningless Jewish coalition since Jew for Sarah Palin. (We had a secret Jew meeting a few years back and decided we hate the shit out of Palin. She has failed to endear herself to us since then.)

So, how do Republicans do their very bestest to prove they heart Jews the mostest? Wisconsin Gov. Scott Walker -- not a Jew -- said he named his son Matthew, which means a thing in Hebrew, and he would like 10 Jew points for that please. Also too, even though he is not a Jew, he has a menorah, which he lights during the Christmas we mean Chanukah season. He lights the candles and everything. Praise Jesus we mean Moses or whatever!

Then New Jersey's Gov. Chris Christie took a break from exonerating himself to talk about how much he hearts Israel. He went there this one time, see, with his family. Good so far. Everyone knows Jews like hearing the word "Israel" a lot. That is terrific way to earn Jew points. But then, oy, Christie said a naughty phrase, according to the Republican Jewish Dictionary, and things went all fakakta:

“I took a helicopter ride from the occupied territories across and just felt personally how extraordinary that was to understand, the military risk that Israel faces every day.

Oh no he di'int! Oh yes he di-id! You see, according to the Republican Jewish Dictionary, you cannot say "occupied territories," because it makes that teeny tiny minority of American Jews who are not in any way representative of the majority of American Jews all angry-like. Christie was clearly too busy boning up on how to blame chicks for his political scandals to study the do-and-do-not vocabulary list before he danced like a monkey for Adelson and friends. The crowd did not care for that term, oh no, so Christie, who is the toughest motherfucker what ever lived and does not apologize for anything ever, told Adelson to get bent and flew home to New Jersey.

Not long after his speech, Christie met with Adelson privately in the casino mogul’s office in the Venetian hotel and casino, which hosted the RJC meeting.

The source told POLITICO that Christie “clarified in the strongest terms possible that his remarks today were not meant to be a statement of policy.”

Instead, the source said, Christie made clear “that he misspoke when he referred to the ‘occupied territories.’ And he conveyed that he is an unwavering friend and committed supporter of Israel, and was sorry for any confusion that came across as a result of the misstatement.”

Obviously Christie wins ALL the Jew points for humbling himself before the Lord Our God Adelson.

It's a funny thing the way Republicans try to pander to Jews to get their Jew dollars. Sometimes they tweet heartfelt blessings on Jewish holidays and space their tweets far enough apart from their other tweets about how this is a Christian nation, goddamnit, so religious freedom argle bargle!

Sometimes they goysplain why Jews are Bad Jews who have sold out their own Jew country by supporting President Oybama, even though he is a Democrat and most Jews are Democrats, so it's not really a mystery why Jewish Democrats would support a Democrat, but what do Jews know? Dumb fucking sell-out Jews.

Obviously, we Jews love this shit. We eat it up like rugelach. We cannot get enough of the goyim trying to make nice with us by saying "Israel" and "menorah" while decrying the phony War on Christmas and screeching about how Jesus hates abortion and birth control and unions. Sure, we're super liberal and are against everything the Republican Party stands for, but speak Yiddish to us, and we just swoon.

Or at least they seem to think so. Which is why Republicans gathered in Vegas to praise bagels and such, in the hopes of getting their grubby little hands on some Jew dollars. Sure, maybe Adelson will toss a few shekels in the direction of whichever Republican blowhard bows deepest to him. Not that it matters much. But whatever, go for it, Republicans, do your best to appease and amuse us. You won't get our votes, but we'll give you a few Jew points for your Choot-spa.