Republican Senators: Can You Explain Climate Change To Us, EPA, So We Can Not Believe You Some More? 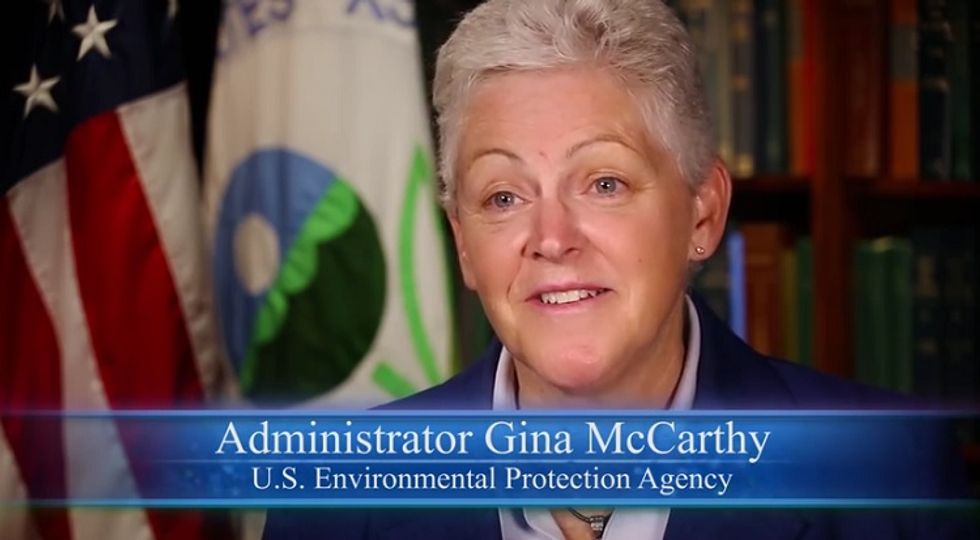 Gosh, this ought to go well: Some of the biggest climate deniers in the Senate want the EPA to school them on how climate modeling works. No doubt this is so they can gain a greater appreciation of just how complex science is, so they can marvel at how great our understanding of the natural world is. That, or they're looking for stuff they can cherry-pick out of context to claim that global warming is a hoax, and we should start burning all the coal we can dig up before Jesus comes back.

The gang of deniers, led by Sen. Jeff Sessions, sent a letter to EPA Administrator Gina McCarthy asking the agency to explain why its climate models are so darn socialist, following a March hearing in which Sessions grilled McCarthy on bits of data that she refused to answer off the top of her head, because she obviously is a liar:

Sessions wanted to know if soil all over the world was more moist or less moist, and whether the world has more or fewer droughts, and if the soil is moister on average worldwide, then how can droughts be getting worse? And what about hurricanes? Why won't you answer the question? It's easy, lady! And of course, at the 4:22 mark, Sessions even dragged out the old "no temperature increase for 18 years" canard. Then he berated McCarthy for not knowing whether actual world temperatures were more or less than the "average of the models predicting how fast the temperature would increase." After briefly insisting that CO2 was just harmless "plant food that doesn't harm anybody except that it might include temperature increases," Sessions proclaimed it was "a stunning development" that the head of the EPA, "who should know more than anyone in the world" about climate change, couldn't answer a simple loaded question.

In his letter to McCarthy, Sessions complained that while "questions regarding the impacts of climate change were clear and straightforward, none of the questions received direct answers, and many responses contained caveats and conditions." Damn it, how can we trust science about worldwide climate systems that doesn't reduce complex sets of data down to simple yes-or-no answers? Oklahoma Sen. James Inhofe, one of the others who signed the letter, at least has the common sense to throw a snowball on the Senate floor, which proved that there's no climate change. Why can't McCarthy be as simple and honest?

As ThinkProgress points out, chances are pretty good that the senators who signed the letter -- in addition to Sessions and Inhofe, there's Roger Wicker of Mississippi and John Barrasso of Wyoming -- aren't especially interested in understanding climate science, since they're all on record as doubting that human activity has any significant effect on climate. Wicker was the only senator to vote against that weird resolution a couple months ago stating that "climate change is real and not a hoax," and Barrasso plays the "climate is always changing" game but is pretty sure that humanity's effect on the climate is just plain "not known," because honestly, what good is science?

And so the letter asks for some definite yes-or-no answers about things where the best answers genuinely are "that depends" or "what part of the world are you asking about?" Are we having more droughts or fewer droughts than models predict? How about hurricanes and typhoons? If the Earth is "warming," why isn't it hot all the time everywhere? Explain your answers in fifty words or less.

But who knows -- maybe once the EPA explains how climate models work, the Republicans will hold a press conference to say, "Oh, now we understand, thanks for clearing that up."

And I am Marie of Roumania.