Republican Voters Hate All Their 2012 Candidates 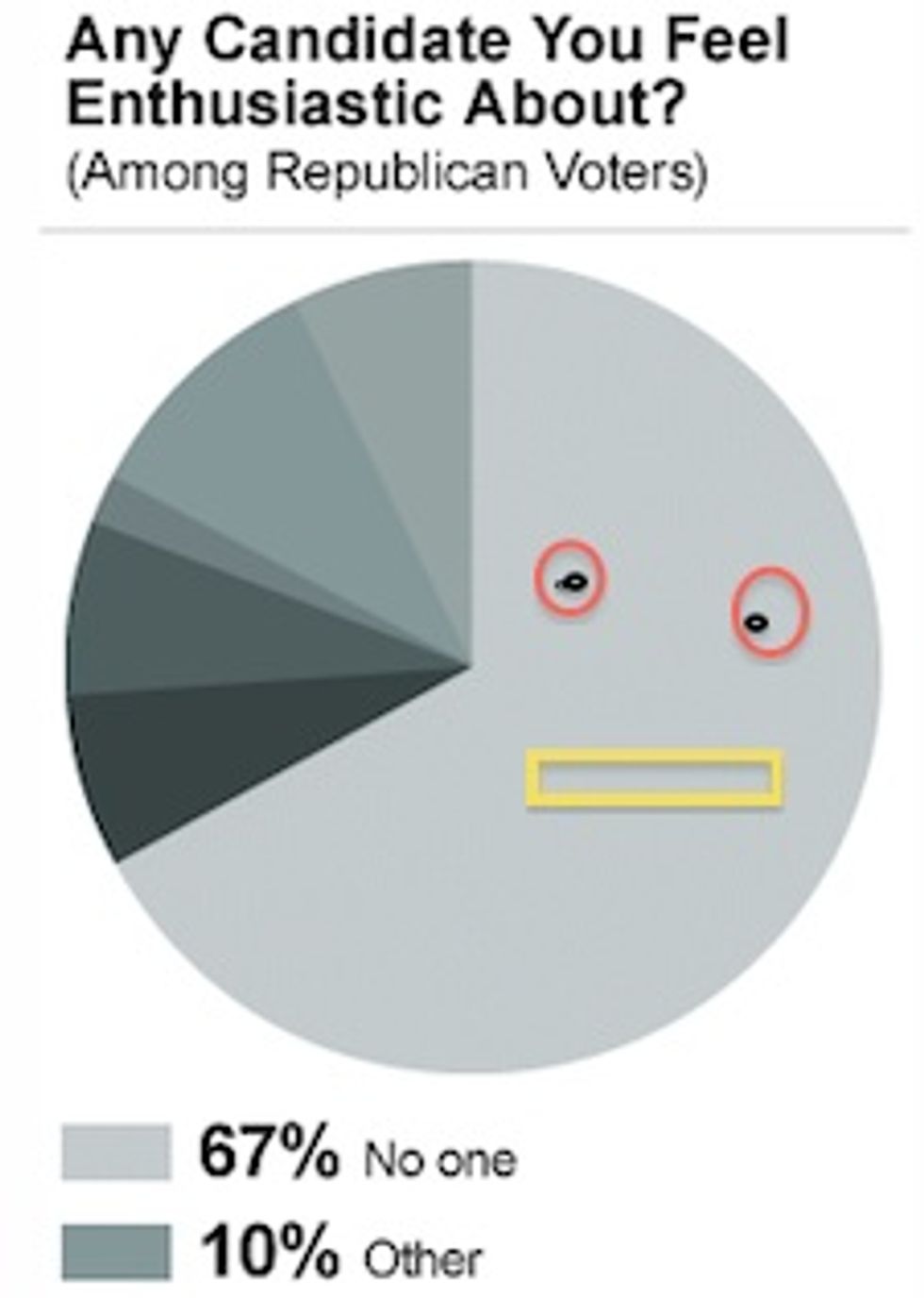 Despite everybody being all "eh" on Barack Obama, he's still got an approval rating in the middle 40s, which is probably enough to coast to re-election -- especially when Republicans are so depressed by their own candidates that a mass suicide of Hoveround-Rascal riders is a distinct possibility next November. According to a new study that proves the GOP is sadder than a goth girl on prom night, overwhelming 67% of Republican voters say "none of the above" when asked which GOP presidential candidate gets them all excited.

CBS News and the NYT surveyed a bunch of Republican voters, and this is what they found:

While Republicans are more enthusiastic than Democrats about the presidential elections in 2012, Republican voters remain entirely un-enthused by their current options -- they're still waiting for one of the field to step up and shine, or for a new face to spring from the shadows.

Only 23 percent of Republican voters said they were satisfied with the candidates running for their party's nomination, while a solid majority of 71 percent said they'd like to see a new face in the mix.