Republicans Finally Admit They're the Taliban 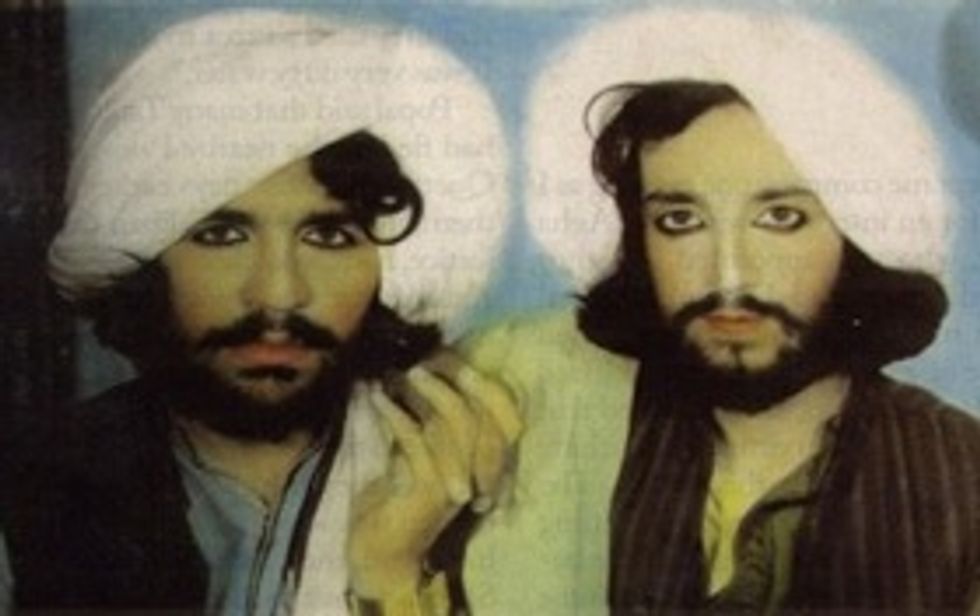 They are ignorant religious fanatics who live in the past and love to bugger little boys, so it's really no big deal that Republicans have finally embracedtheir only peers on this planet, the Taliban. Remember those dudes?! They were all, "Blah blah allah 9/11," and then George W. Bush was all, "Gonna blow smoke up your caves, knocked them buildings down," and hooray, we won the war, against the Taliban, and then, whoops!, not so much, and now the new president is all, "Now we have to go have the whole goddamned war in Afghanistan again, because the Bush idiots managed to screw it all the hell up for seven years." In other words, Republican Congressman Pete Sessions says the GOP needs to join the Taliban!

We really hope we can look back at all this absurdity and laugh, in a few years -- because if the Republicans are anything more than some loopy fringe party by, say, 2016, then we'll all be living in caves.

Here he is, Rep. Pete Sessions, explaining the long-delayed but rather obvious GOP-Taliban coalition of the willing:

"Insurgency, we understand perhaps a little bit more because of the Taliban," Sessions said during a meeting yesterday with Hotline editors. "And that is that they went about systematically understanding how to disrupt and change a person's entire processes. And these Taliban -- I'm not trying to say the Republican Party is the Taliban. No, that's not what we're saying. I'm saying an example of how you go about [sic] is to change a person from their messaging to their operations to their frontline message. And we need to understand that insurgency may be required when the other side, the House leadership, does not follow the same commands, which we entered the game with."

But other than the Huffington Post and who knows, maybe Alan Colmes (?), this just gets a laugh. "Of course you're a bunch of angry old religious extremists fighting the future and fucking children, ha ha." Christ.