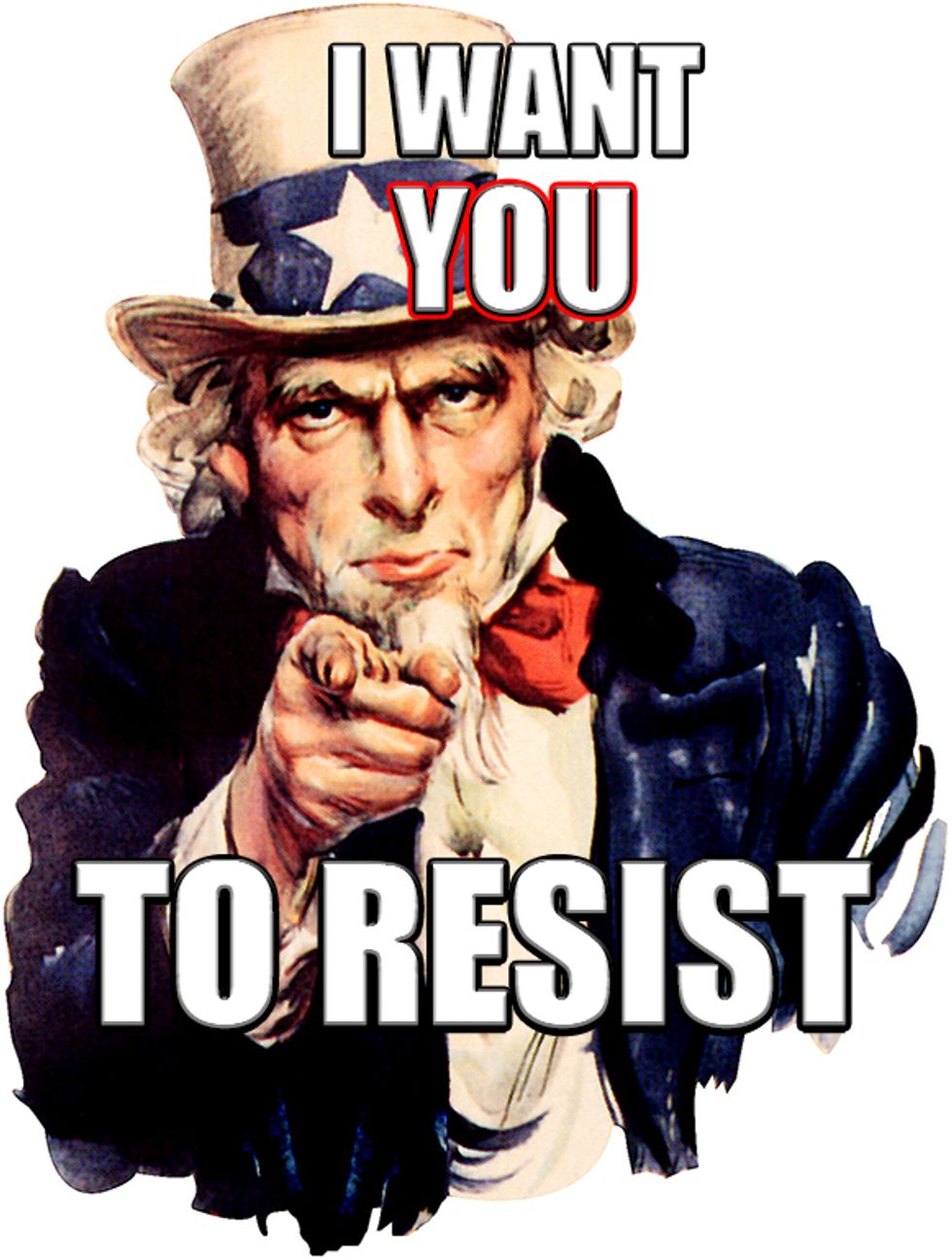 And a good whiskey Wednesday to you, Wonkers! How was your Fourth of July? Did you burn and eat meat/non-meat things on bread with sauce while things went all pew-pew-explodey too? Here's some of the things we may be talking about today.

Republican senators' reality distortion fields are on 11 as they dodge questions, townhalls, and protesters.

Veterans will be screwed the hardest under TrumpCare, but I'm sure it's just another cost-saving necessity, like when Iraqi war vets were lying in asbestos and rat shit at Walter Reed under Bush 43.

Republicans are worried about Democrats expanding the Trump-Russia investigation because it could unveil some dirty, little secrets about political operatives, or just a crazy nut with an axe to grind. Why not both?

The GOP is still dead-set on dismantling healthcare, the tax code, and the federal budget even though their chances accomplishing anything before mid-terms are increasingly slim since they can't agree on how best to screw the sick and the poor.

Gary Cohn is making enemies in Trump's White House by trying to steer Trump's sinking ship every time President Bannon steps away to grab another wee nip of the creature.

Prince Jared has been busy making it look like big things are happening but in reality he's a child screwing with power tools.

Gun fetishists want SCOTUS to let them conceal carry boomsticks across state lines, but the SCOTUS (again) told them to fuck off, so they're trying to stand their ground.

Louisiana Rep. Clay Higgins made a video inside an Auschwitz gas chamber, prompting the official Auschwitz-Birkenau Memorial and Museum to remind him he should show some respect and shut his mouth.

A case is going to trial over a company that manufactured and planted false stories to drive stock prices, according to the SEC, which is now warning companies to stop pump-and-dumping fake news stories/one penny stocks.

Illinois Republican Governor Bruce Rauner vetoed a budget bill because it didn't contain tax cuts, spending reductions for state employees and their benefits, and the ability to dissolve or eliminate local governments. The joke here is Rauner.

Maine and New Jersey ended their state government shutdowns after passing budgets, with Maine's Republican Gov. Paul LaPage bitching about funding Head Start programs and a moratorium on $162 million cuts to schools, and Chris Christie caving in to the weight of public pressure.

William Leary III, the judge in the Philando Castile case, wrote a letter thanking the jury for finding finding a reasonable doubt, noting that it was, "the right thing." For certain definitions of "right."

Iraqi Christians are wondering why they're being deported from the US seeing as how they aren't Muslims.

North Korea launched an ICBM as a gift to America for its birthday, so America and South Korea put on a fancy fireworks show with rockets and missiles.

Trump TV is dead due to an amalgam of all that winning we've been doing lately.

Reporters Without Borders has issued a warning for journalists operating inside the United States as Trump's tweets have brought all the crazies out of the woods.

Prosecutors in the fraud case against pharma bro Martin Shrekli are seeking a gag order to keep pharma bro from shit-posting on social media. The world could only be so lucky.

Pompous conservative blowhard Hugh Hewitt's new column is all about how Trump is a grumpy loser, but all the other Republican appointees are winners because they aren't mean old men.

NPR started tweeting out the Declaration of Independence (as it does every. fucking. year.) and that caused all kinds of bitter idiots to leak out from the anus of the Internet and complain about liberal propaganda.

Help us fight the good fight against ads, give us monies!