Republicans Outraged that Obama is Obstructing their Obstruction 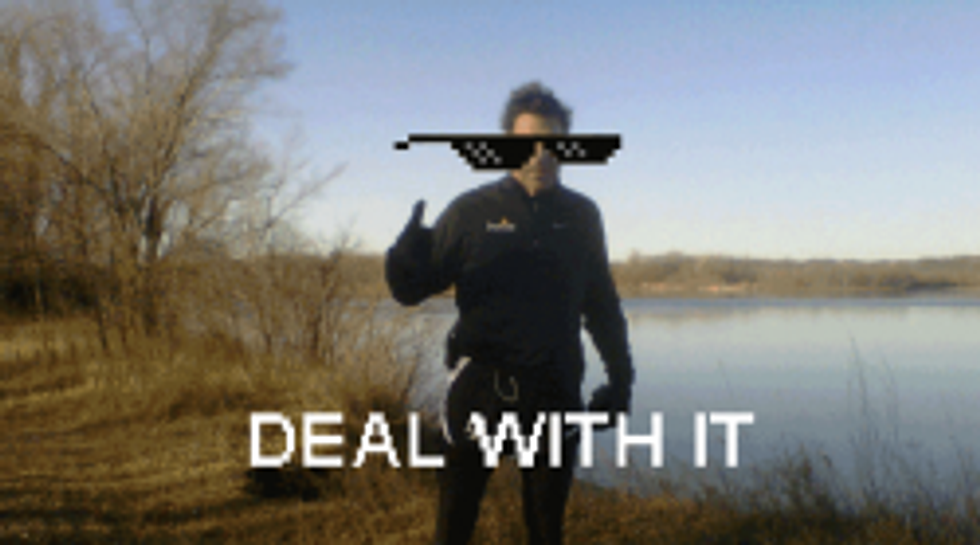 NEW YORK—Ok, picture it: the President has brought an appointment before the Senate for approval. And it's a curious appointment! Because it's a nominee who actually fundamentally does not quite like the department he's supposed to be heading. In fact, he doesn't even think it should exist! Which is kind of odd, right? Since you'd think the President's choice of who should head up any given department would at the very least be someone who's actually, oh, idk, emotionally invested in the job?

Right, good. So now: try to imagine a scenario in which a principled minority in the Senate had a problem with this. And rightfully so! Because it's actually not at all unfair for this principled minority to believe that maybe—just maybe??—whoever's going to be doing this job should have at least some modicum of interest in seeing that job still be there a week or a month or a year from now. Which he doesn't! So they filibuster him, his nomination never comes to a floor vote, and the President bypasses the filibuster with a recess appointment. And then this principled minority freaks out!! Again: and rightfully so!

So yeah, that's actually not at all what happened this week? That story's from 2005! You remember, that's what happened when George Bush nominated John Bolton to the post of UN Ambassador. Because Josh Bolton, you'll also remember, was someone who didn't even think the United Nations should exist!

No, what happened yesterday, as Ken Layne covered, was that the President pushed through a handful of nominees (read: four) to fill posts to bypass Republican opposition—an opposition not to the nominees themselves but to posts that they themselves had helped create.

Anyway, we just thought it would be wise to keep this all in mind while reading story after story after story—since this is all you'll be hearing about for the next three weeks aside from nonstop campaign coverage, seeing as Congress is out of session and all—suggesting this shamefully false equivalence that what Obama's doing with Richard Cordray and his three appointments to the National Labor Relations Board is in any way even remotely similar to what Bush did with Bolton.

In the end, we're with the Times editorial board on this:

Announcing the appointments, Mr. Obama also asserted a welcome new credo: “When Congress refuses to act, and as a result, hurts our economy and puts our people at risk, then I have an obligation as president to do what I can without them.”

Anyway, now that Rick Santorum has finally surged (HEE HEE!), securing a big come from behind (LOL!) tie in Iowa, he must be feeling on top (ROFL!!) of the world. And now we all have to endure at least a week of every person with the capacity to say anything on the internet whatsoever taking the opportunity to make highly original after highly original joke about Santorum's Google problem! Which will get old real fast (if it hasn't already) (which it has!!). Luckily, as Mother Jones reminds us, there's an easy solution to all of this: Rick Santorum can just pay $5 million to Freedom to Marry, and Dan Savage will make it all go away.

Oh so this is going to be good: Republicans are trying to start a right wing version of the Center for American Progress, imaginatively called the Center for American Freedom. Ben Smith calls it "a media-monitoring shop that aims to do to MSNBC what Media Matters has done to Fox News." We expect it to be positively hilarious watching Republicans grapple with fact-based rebuttals. It should be as good as the Conservapedia. Or (LOL!) that conservative translation of the Bible.

Herman Cain promised us when he withdrew exactly one month ago that he was "not going to be silenced" and he was "not going away." And here's a politician who keeps his promises—because he's back! Ol' Herm's going to be setting out on what he calls the "Cain's Solutions Revolutions," a renewed publicity tour for his "9-9-9" plan. We really enjoyed this exchange from last night on FOX:

“I started a new movement. The biggest comment I got when I ended my candidacy was to keep 9-9-9 alive. That’s what this is about, and I’m going to keep it alive with what I’m calling Cain’s Solutions Revolution,” Cain said.

“You have a bus,” Hannity interjected.

Meanwhile, we can't even begin to fathom how much popcorn we've enjoyed at the expense of Keith Olbermann's career over the years, watching the left's favorite ego piss of employer after employer, but what we do know is that apparently we need to get to popping some more—and fast!—because apparently homeboy's been starting fights with the nice folks at CurrentTV who very kindly took him in after he pissed off his last boss. We desperately want to follow this story closer but don't actually know where to find Current on the dial, so oh well.

Anyway, let's end the morning briefing with some good news, shall we? Gov. Christine Gregoire announced yesterday that she'll be introducing a bill to legalize gay marriage in the state of Washington. Which is nice! Now let's all move to northern coastal states (if we haven't already).

[READ MORE AT THE GIFZETTE]