Republicans So Anguished About Border Children, They Will Not Stop Until They Do Nothing About It 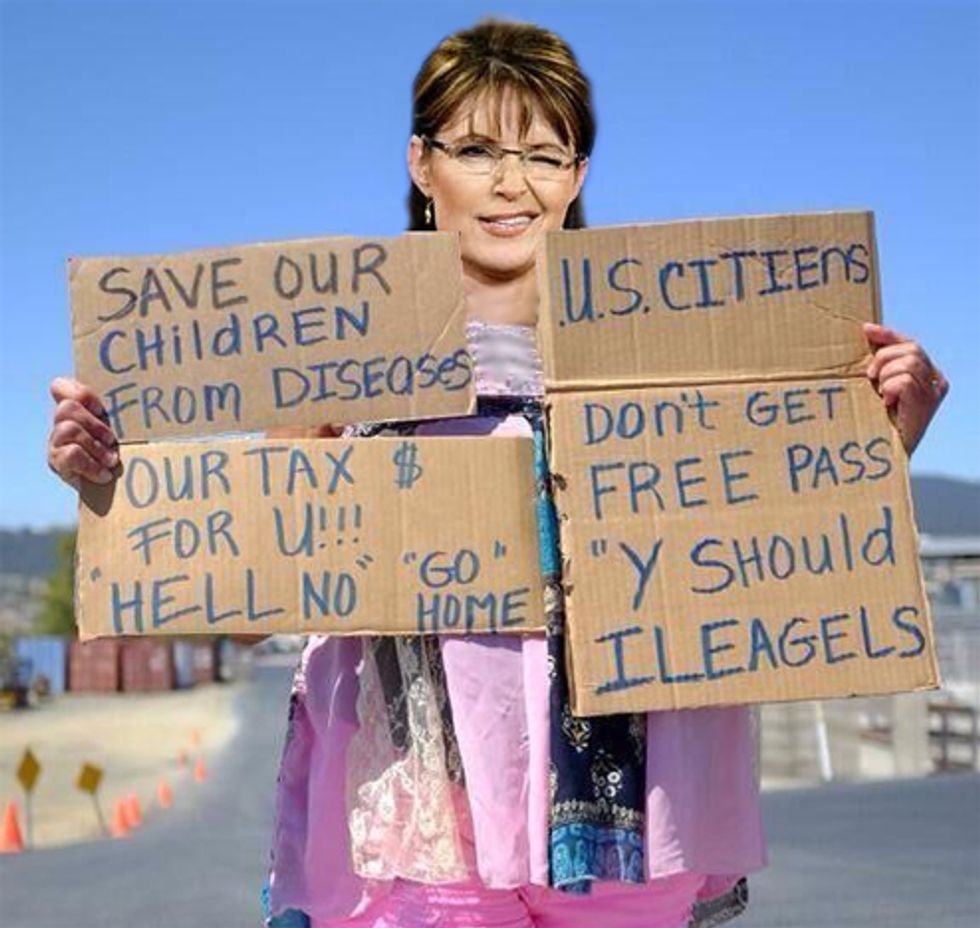 Have you heard there is a Katrina at the border, and that Katrina is a hurricane of little brown children, mostly unaccompanied by any adults, who have traveled thousands of miles to escape the violence in their Central American homes? Some people have beenkind of spitty about it, with the screaming at the buses full of brown babies, phlegm flying. Other people, meanwhile, have taken a more tempered approach, perhaps realizing that screaming at babies like a crack mom is not a Good Electoral Look. Those more temperate folks have emphasized that we have a humanitarian crisis at our border, and that is true! Luckily, they will not rest until they keep one "President" Barack Obama from doing anything about it.

First things first, the GOP knows what will stop this flood of babies, and that is more border security, because the babies were all actually arrested at the border. Which proves how ineffective our current border security is, because "logic."

Second things second, they are real mad at that dastardly Bamz because he is not disregarding the law that was passed in 2008 that says he cannot deport all the brown babies the second they are arrested (at the border, by the border patrol), because they have to get "due process" and shit, as if, pfft lame.

So Bamz like, "Hey buddies how about you give me $3.8 BILLION DOLLARS and I will hire more judges to hear all these cases like the law says they have to, and also we will maybe pay for some nurse-practitioners to give all the babies a RID shampoo, and who knows, maybe even some soccer balls for the babies, whatever, some stuff," and the GOP like, "JUDGES? You want us to pay for JUDGES?" And also they are like, "NURSES? You want us to pay for NURSES?" And ain't nobody gonna pay for soccer balls except Glenn Beck.

And that is why the GOP is so angry at Barack Obama for luring all the children here like a big fat Kenyan Pied Piper that they will not let him do anything about it, plus also they are insisting that the money to pay for returning the children to their hellholes come out of some other part of the budget, which is what they always do when there is a hurricane except for those times when the hurricane's in their district, the end.