Republicans Will Win All The Lady Votes With Exciting New Strategy: 'Women Be Shopping' 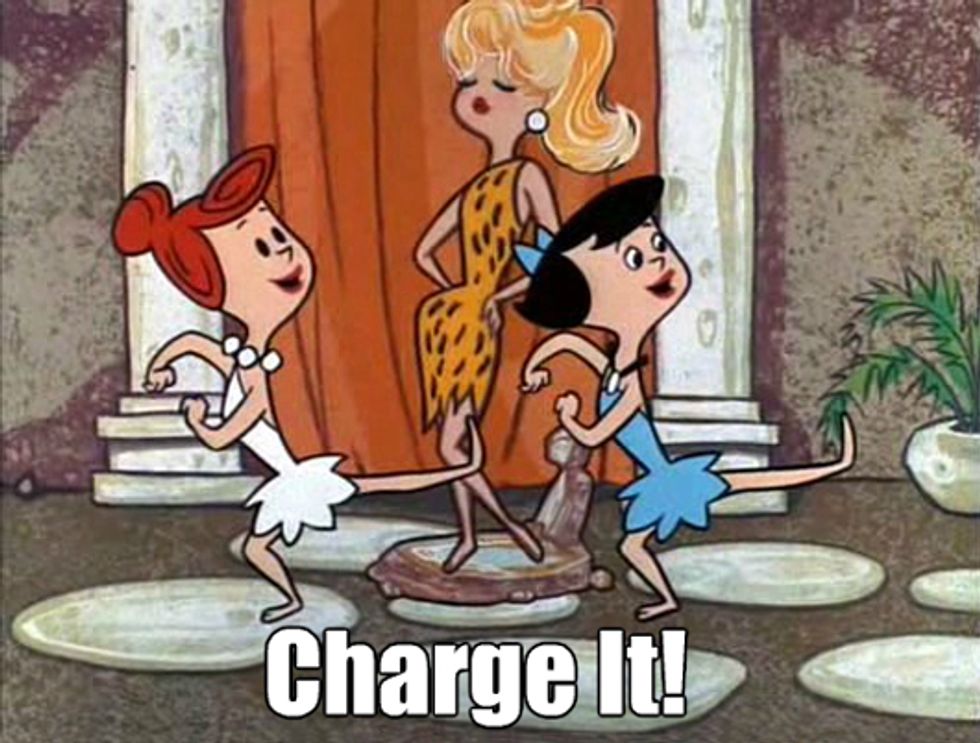 OK, ladies, you'd better be ready, because here comes the 743rd Republican effort to convince you that there's no "war on women" -- instead, there's a WarFor Women, and the GOP is totes going to win it because it knows what women REALLY care about. And what women really care about is not all that dull boring 'bortion and contraceptives stuff, but rather the simple realities of everyday life, which does not revolve around your vagina, for godssakes. Which is why, before giving up on everything except maybe trying to pass an immigration bill that the Senate won't even look at, House Republicans introduced a package of bills Wednesday to make life better for women. Cathy McMorris Rodgers took some time away from lying about Obamacare to explain why ladies are going to finally see that Republicans are their besties forever:

“You think about a changing 21st-century workforce and how women make up half of our workforce. Fifty percent are the primary income earners in their households," McMorris Rodgers said a press conference on Wednesday. "They are making the majority of purchasing decisions -- 80, 85 percent of purchasing decisions -- yes, women like to shop. So our workforce has changed, but our laws also need to reflect what is a changing workforce.”

YES! Women really do like to shop, and that's not just a silly old stereotype, it's actually a very important statistic about women's economic power. Which is why all women who really care about their families will be excited about a party that opposes fair pay, opposes an increase in the minimum wage, opposes funding for childcare, and favors megacorporations at every turn -- because as the head shoppers for their households, women recognize that if Koch Industries is doing well, they'll almost certainly get more coupons for Brawny paper towels. Talk about empowerment!

Some of the bills don't actually sound terrible, like a proposal that "prevents retaliation against employees who ask about equal pay," or "a bill that allows employees to trade overtime pay for paid family leave and sick leave," but they also don't go as far as Democratic proposals like the Paycheck Fairness Act, which not only prohibited retaliation against those seeking equal pay but also provided a longer period for workers to sue for discrimination, or a Democratic proposal to mandate paid sick and family leave, not just allow people to swap between benefits that they may or may not have in the first place. Presumably, women are such good shoppers that they'd just never buy into the Dems' socialist schemes that could never work, because We Are Not Europe.

If the House GOP ever does any work again when it returns sometime in September, it's thought that they may add other incentives to attract women, such as tax credits on bon-bons and pretty shoes.