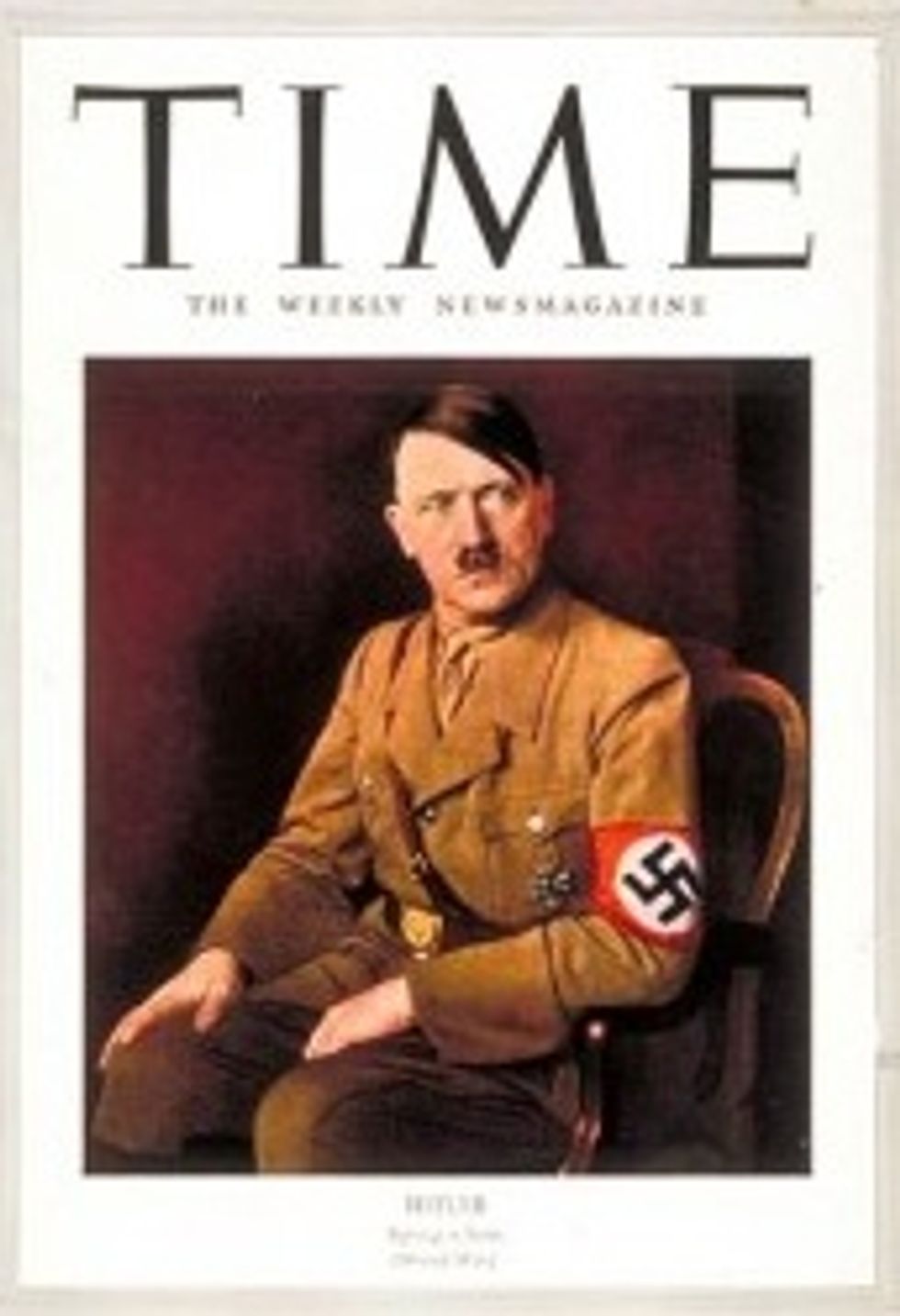 Oh for fuck's sake, we cannot deal with this, at this hour.TIME Magazine just sent us this press release, about some "gala" in New York that just ended, and .... No, we can't. We don't want to. It is sickening when a bunch of alleged ideological enemies gather to toast each other in some Manhattan ballroom while everybody else literally fucks off and dies. You want to see cold, banal horror? You want to look down the bottomless toilet of despair? Click the thing that says "READ MORE."

The gala hosted by TIME managing editor Rick Stengel and TIME vice-president and publisher Kim Kelleher featured a video address from Mark Kelly, the husband of Gabrielle Giffords who is on the 2011 TIME 100 list, as well as toasts and speeches by Cory Booker, Christiane Amanpour, Gov. Chris Christie, among others.

Christie toasted John F. Kennedy saying, “And so tonight, the person I’d like us to toast first, who has influenced my public life from the first time my grandmother took me to the museum of broadcasting in New York and showed me the inaugural address ... John Fitzgerald Kennedy, I’d like us to raise our glasses, fifty years after his election and inauguration as the 35th president of the United States, and an inspiration to this Jersey Boy to think that politics in life not only was possible, but could be meaningful and change the world. To President John Fitzgerald Kennedy.”

Here’s a transcript of Mark Kelly’s remarks: “Greetings from the Johnson Center in Houston, Texas. I’m sorry that neither my wife Gabby nor I can be with you in person this evening at the TIME 100 Gala but if she were speaking to you tonight there is no doubt in my mind, that the first thing Gabby would do is to acknowledge the distinguished group of men and women who are being honored by TIME Magazine. She would say that its truly a humbling experience to be in the company of such talented and dedicated people. She wishes that she was there with you tonight as do I. This has been a year of humbling experiences, experiences that have profoundly impacted our country and forever changed the community that Gabrielle represents in the United States Congress. It is with those experiences in mind that I would like to recognize the people of Tucson, Arizona. January 8th was a dark day in our nation’s history, when a lone gun man struck out at the very core of our democracy the people of Tucson, Arizona responded. They responded at the scene by quickly acting to stop this horrific act. They responded in the following minutes by tending to the victims and saving many lives. They responded in the hospital by caring for the injured including my wife who remains at a rehabilitation hospital today. They responded in the following days and weeks with their compassion for the victims, their families, and for the southern Arizona community. The response to the January 8th shooting has been an inspiration, not just for me and my family but for the world. They have shown compassion and strength in the face of unbearable grief and loss. The men and women of Gabrielle’s beloved hometown deserve to be on any list of the world's most influential people. If everything goes as planned, in a few days I am scheduled to leave Earth aboard space shuttle Endeavor for one of our nation’s final space shuttle missions to the International Space Station. Making this journey was not an easy decision for me, it means leaving my wife and children for more than two weeks during a very challenging time in our lives, but I talked to Gabby about it and she wants me to go. She understands how important space exploration is to our nation. Looking down from 200 miles up in space you get an entirely different perspective of life on earth. The earth looks like a lonely blue marble floating in a sea of blackness. You cannot see political differences or national boundaries or hatred. From space, it is clear that we are all members of the same community. Looking back to the dark day of January 8th you realize the challenges that we continue to face. If I can leave you with just one thought that Gabby would certainly stress if she was there with you tonight, it’s that we’re all better than what happened on January 8th, we must be. On behalf of my wife, congresswoman Gabrielle Giffords thank you very much for honoring her this evening.”

You can read what President Barack Obama wrote about Gabrielle Giffords for the TIME 100 here: http://ti.me/ferzla

You can read what Mitch Daniels wrote about Chris Christie here: http://ti.me/hBCsCV

Photos from the night can be found on Wire Images/Getty. If you have trouble accessing them, let me know.

The TIME 100 cover image is attached for your use, as well as a logo for the Gala.