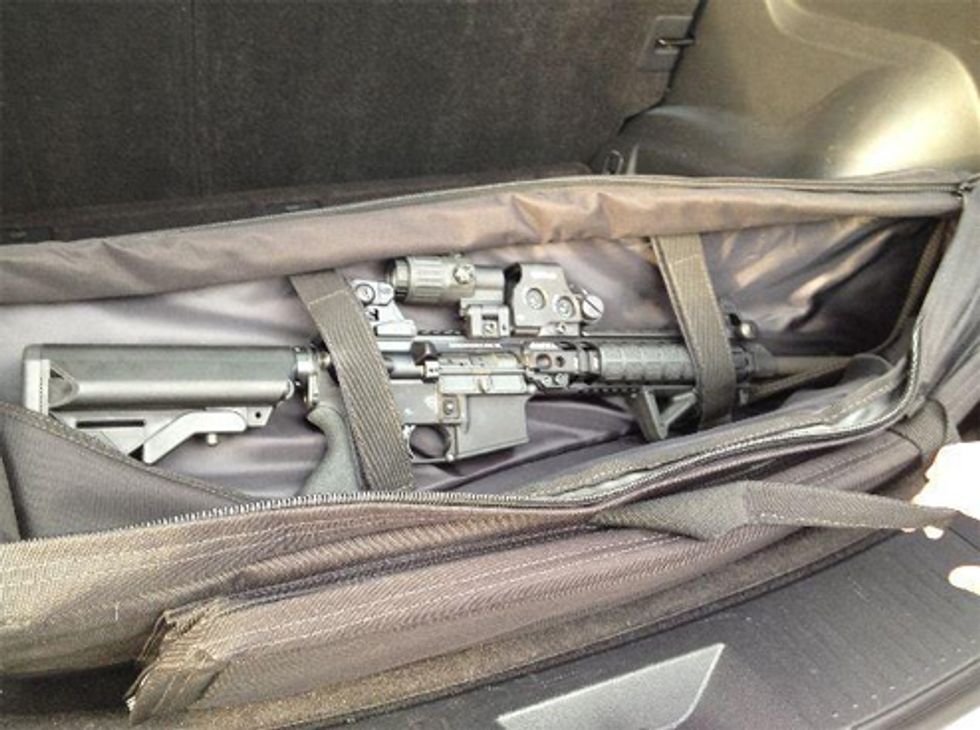 Another day, another Responsible Gun Owner from Florida. This time it's Lauren Tannehill, sometimes model and wife of Miami Dolphins one-quarter of a back Ryan Tannehill, who rented a Nissan Rogue earlier this month and took it home, then decided she'd rather have a different model of car and drove back to the airport to exchange it. Oh, bummer she left something behind in the car -- these things happen -- so she called the rental agency and described what the missing bag looked like, but not its contents, a semiautomatic AR-15 rifle. You know, nobody's business, really. It's not like anyone was going to open it or anything.

Oh, except maybe it would have been nice to have remembered more quickly or mentioned it, so that Judith Fleissig, the New York woman who next rented the car, wouldn't have had to wonder just why the hell there was a freaking assault rifle in the bag in the trunk, was she about to get arrested, and what the goddamn heavily armed fuck? When she and her daughter, who was interviewing for a medical residency at University of Miami, found the mystery bag, they looked inside to try to find an ID so they could call the owner.

Fleissig said she and her daughter jumped out of the car to get away from the gun. “I took a picture, zipped it back up and went to the police station. They came out and took it.”

And lord knows that Ms. Fleissig can now look forward to some charming social-media stalking from gun fondlers who will be eager to let her know that she is a contemptible wimpy little non-gunfondling liberal idiot who's irrationally afraid of a simple tool for no reason at all, and probably unworthy of being an American.

Also, too, Ms. Tannehill's little oopsie is somehow not a criminal offense in Florida, where apparently you can completely lose track of a semiautomatic rifle for a couple of days and it's no big deal, because laws requiring gun owners to secure their weapons are an infringement of the Holy Second Amendment. And if you forget your weapon inside a rented car, you're under no legal obligation to actually tell the rental company what it was that was in the bag you reported missing, because why would that be relevant?

A spokesperson for the Broward Couty Sheriff's department explained that since the gun was legally owned and accidentally left behind, it was one of those no harm-no foul kind of things:

“Though dangerous if it would have landed in the wrong hands, it’s not criminal,” Broward sheriff's spokeswoman Keyla Concepción said. “They simply forgot it.”

The sheriff's report didn't note whether the gun was loaded or not, because why would that be relevant when someone leaves a gun lying around?

The point is, this is really no big deal, because stuff happens all the time. Often with responsible gun owners' guns. Even to responsible gun lobbyists. There's really no need to worry about the occasional mislaid weapon, because this time, it was found and turned in.

And what about the poor innocent gun? Is it safe at home with its loving family yet? No word on that yet, but we're sure the happy reunion will be extensively documented, as the Tannehills love to take photos of themselves and their guns.