Retired Generals Have Great Idea: Force Obama Out And Give All Power To The Military, What Could Go Wrong? 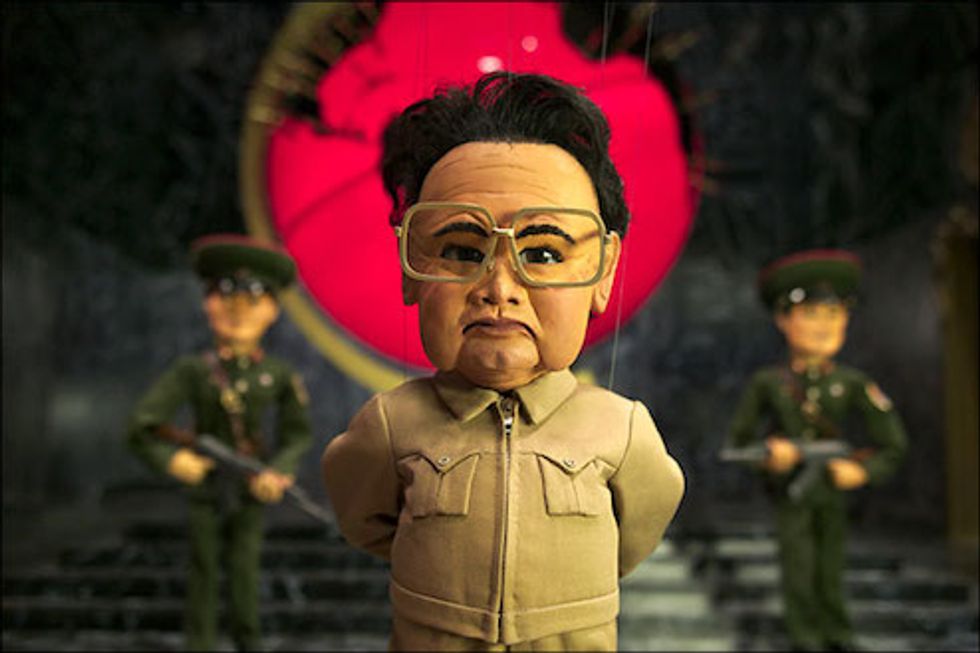 Have you been wishing for an unholy trinity of Ron Paul's abolish the Federal Reserve nuttiness and Rick Perry's zeal to eliminate cabinet-level departments and, best of all, a threat of "civil uprising" against the government? You are in luck, people, because a couple of retired generals -- Army Gen. Paul E. Vallely and Air Force Brig. Gen. Charles Jones, who already run a "We Hate Bamz" organization -- created something terrifying that they're calling a "Citizens' Commission" that purports to exist to give advice to the legislative and executive branches of government but is really just a garden variety demand that Obama resign or else and also, too, taxation is unjust, except, of course, with the added excitement of hoping people will take up arms to accomplish those things.

You'll be forgiven if you're thinking "oh hey wait, I thought we already had some made up thing where citizens were gonna take down Bamz, for justice and the Constitution" but silly people that was Larry Klayman's Citizens' Grand Jury. This is a Citizens' Commission. Klayman wanted to indict the Prezzie, but these dudes pretty much hope you take to the streets to force Obummer out.

In calling for the forced resignations of Obama and the leadership of Congress, Vallely outlined suggestions for nationwide rallies and said a peaceful “civil uprising is still not out of question.”

The current crop of leaders, he said, must face a “demand resignation” process, which he explained requires massive grassroots protests and social networking which he envisions can be undertaken through his organization. An example of a “forced resignation,” he said, was that of President Richard Nixon.

So, all America needs to do is be more like Egypt over the last couple years? Smells like a recipe for success to us! While we're at it, let's get rid of taxes, because that will make the debt go away automagically, and destroy the Federal Reserve and the IRS, because an unexplained sales tax will partially finance the government. Partially? Where does the other funding come from? How do these people think government works? Also let's all just murder illegal aliens in their beds or let them die in the streets if they can get through the double fence which we will build with money that fairies give us. Don't forget to basically eliminate FEMA, and let's for sure toss out the Department of Energy, because 'Merica don't need no alternative sources of energy because that is for pussies. Repeal Obamacare, duh. Last, but certainly not least, make sure you add some incomprehensible but really scary paranoia to the mix:

“Deceptive political intentions for the potential use of facilities, weapons, massive purchases of ammunition plus military-type vehicles and railroad cars are greatly objectionable to American citizens and an insult to the economic deficit of the nation,” they said.

“All weapons, munitions and military-type vehicles will be transferred to the DOD immediately,” they add.

So we gut government funding, rid ourselves of every mechanism to care for people in emergencies, and give everything to the DOD, including that Hummer you tricked out because that is for sure a military-type vehicle. If there's one thing that seems All-American, it is centralizing all power into the military. Nothing has ever gone wrong in any country that has ever done that, and America has a long and proud tradition of just letting the military run the government OH WAIT IT DOES NOT.

Retired generals, there are plenty of countries you can go to where you can probably just rule by force. You can even plunder the government coffers, thus ensuring that no peaceful structured development can ever arise. What we're really trying to say is that you can go play Idi Amin somewhere else, thanks.