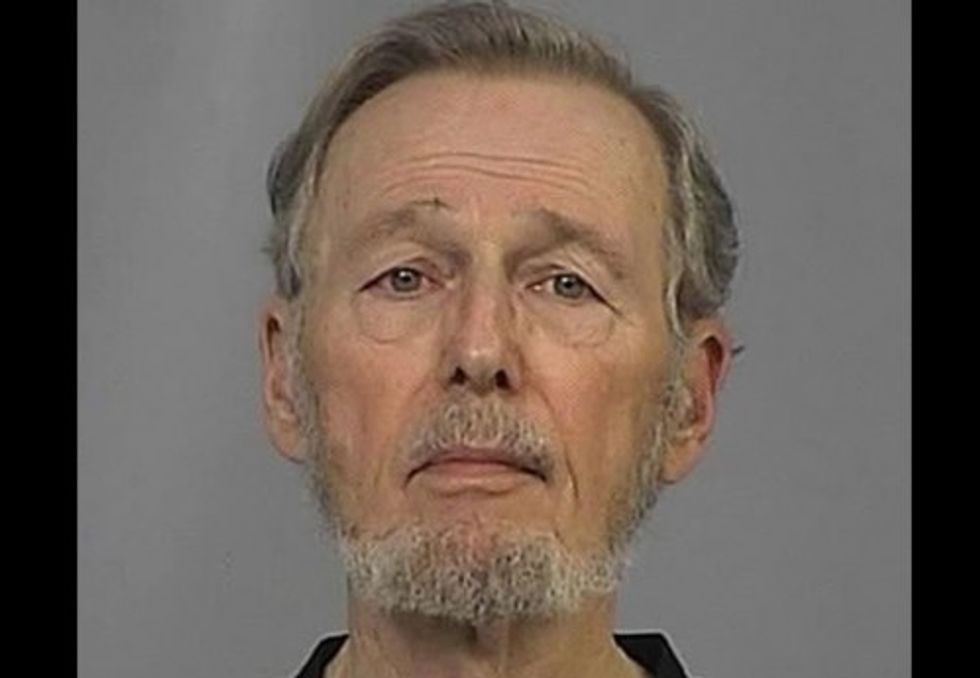 Rev. Bryant Badger, 75, a retired pastor in Casper, Wyoming, wasarrested near a park Sunday and charged with public indecency after trying to have sex in an SUV with an undercover cop. The sting operation was prompted when a high school coach found "multiple obscene notes" in a portable toilet at a local park and reported them to police.

The ha-ha part of the story, of course, is Badger's lame excuse for soliciting sex by leaving notes in a park toilet:

The affidavit says Badger told police he had a high sex drive and could not control his urges to have sex.

“It’s wrong,” Badger said, according to the report.

The undercover cop, Officer Mitch Baker, called the phone number on the note and told Badger that he was willing to do "anything," but a lot of the reported details sound kind of entrappy to us. (Of course, Yr. Doktor Zoom is not a lawyer and doesn't watch enough Law & Order to even pretend to be a teevee lawyer.) Looks to us like Baker did everything he could to maneuver Badger into the most public sexytimes possible.

Badger reportedly asked Baker to come to his home, but the officer declined and suggested the two meet at Crossroads Park, to which Badger agreed. Upon meeting at about 6 p.m. at the park, Badger suggested the two go to the Emporium Adult Video store and “informed Officer Baker that he had been there several times to perform sexual acts,” according to the affidavit.

Baker instead suggested they stay in his SUV, the affidavit continues. Badger then requested they get in the back seat to which the officer agreed, and Badger asked that Baker perform oral sex on him. When Baker observed Badger unzip, unbutton and begin to remove his pants, he signaled to other officers listening to the conversation via wire to move in by turning the radio to country music.

So the suggestion to meet at the park came from the cop, as did the suggestion that they stay in the car. Adding country music to the mix just seems gratuitously cruel, frankly. Yes, the notes in the terlet were tacky -- but is soliciting consensual sex with a toilet note actually illegal? We won't claim to know. And the whole thing could have been avoided if Badger had used Craigslist...or if he'd grown up in a culture and religion that wasn't so fucked up about teh ghey that it drove gay sex underground, YA THINK?

Dammit, we hate it when what sounds like a hilarious story of hypocrisy -- "I'm only sexcriming because I have such an awesome manly sex drive" -- turns into a story that makes us want to yell at the Casper Wyoming Police Department about civil liberties and such.

There is at least one aspect of the story that is unambiguously hilarious and weird and not even homophobic: the Casper Star-Tribune's web story about Rev. Badger's arrest includes tags for "The Wind in the Willows" and "Mustelidae," which is the sciencey name for the family of carnivorous mammals that includes badgers and weasels. No telling whether those tags were the work of a smartass copyeditor or a bit of software that just tossed them in when it found "badger," but we are totally going to start including that tag whenever we write about Larry Klayman, Ted Cruz, or other weasels.