Rich People Can Be Dumb Mouth-Breathing Fox News Morans, Too 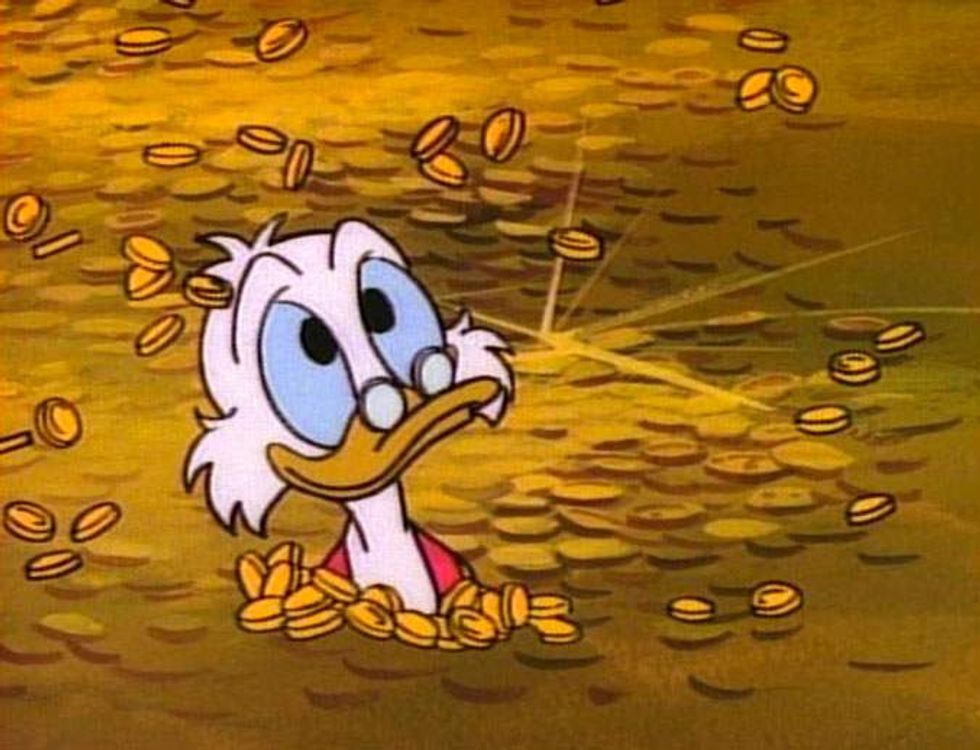 The New York Times did a great big serious drill-down Sunday on how the international money-launderers at the Panama law firm Mossack Fonseca helped hide rich people's money from all over the world -- the great big hidden assets scandal revealed by the "Panama Papers" investigation. The story itself is pretty interesting, what with all its revelations of financial skullduggery by the well-connected. You should read it! But an Alert Wonkette Operative tipped us to a small, especially poignant part of the story: the sad fact that wingnutty paranoia isn't only for stereotypical red-state yokels. It can also be the province of those you might think are far less provincial.

The article looks at how Mossack Fonseca hid assets for several ridiculously rich American investors to avoid taxes and U.S. financial disclosure regulations. Among these fat cats was William R. Ponsoldt of Florida, an entrepreneur who had run any number of successful businesses and, before retiring, wanted to pass on part of his hundreds of millions of dollars to his children without dealing with any troublesome taxes on transfers of huge wealth, because taxes are for little people. A Mossack Fonseca memo was refreshingly transparent about what Ponsoldt wanted:

“Primary objective is to maintain the utmost confidentiality and ideally to open bank accounts without disclosing his name as a private person.”

In summary, the firm explained: “He needs asset protection schemes, which we are trying to sell him.”

So far, so Romney. Just a well-off gent trying to circumvent financial regulations, as any smart investor with a larcenous disregard for the law (which is UNFAIR to the rich) might do. Under our tyrannical laws, rich folks are only supposed to be able to transfer $14,000 a year to their offspring before a gift tax kicks in. But Mr. Ponsoldt needed to transfer millions to his kids so his estate wouldn't be raided by the Death Tax when he passed. And here's where we learn about his darling daughter's special fears of the dreaded socialist Muslim president. No doubt she was able to nod off at the best schools and didn't have to bother knowing anything about politics-n-stuff beyond the obvious fact that, as Victoria Jackson warned us, there was a Communist in the White House:

Tracey Ponsoldt Powers, William Ponsoldt’s daughter, approached the firm in October 2008 with an urgent request for help in secretly moving some of her family’s money to Panama and then into gold coins. She feared political developments at home.

“I feel VERY unsettled with this election and how the media is censoring information and spinning the American Public to vote Obama,” she wrote to Mr. Owens at Mossack Fonseca. “It is so obvious to me, that they are setting us up with a Socialist — but most people can’t see it happening before their eyes! It’s like propaganda that is brainwashing Americans to forget the Principles of Hard Work, Ingenuity, Risk and Boundless Success!”

Yup. This nice lady is an heiress. She knows all about the "Principles of Hard Work, Ingenuity, Risk and Boundless Success." Or perhaps forgetting them. In any case, they should be capitalized. We'll confess we haven't looked into her bio; maybe she really did earn her family's millions through backbreaking labor and ingenuity. Or at least by parroting catchphrases from the American Enterprise Institute. In any case, she EARNED her inherited wealth, and damned if she was going to let that socialist Obama confiscate it to give to some lazy takers, so off to Panama the money went:

Mr. Owens suggested shifting the money into a “charity” account, controlled by the firm on the family’s behalf, in increments of less than $100,000, so it would not be detected.

While she was definitely stupid enough to write like a fundraising letter from Sarah Palin, Ms. Powers was at least smart enough to not talk to those socialists at the New York Times about her family's happy little tax-avoidance scheme:

Ms. Powers did not respond to a series of calls and emails, and then declined to answer questions when reached on a cellphone.

“I have no idea what you are talking about,” she said before hanging up.

To be fair, she was probably too busy creating jobs to waste her time on some dumb journalists.