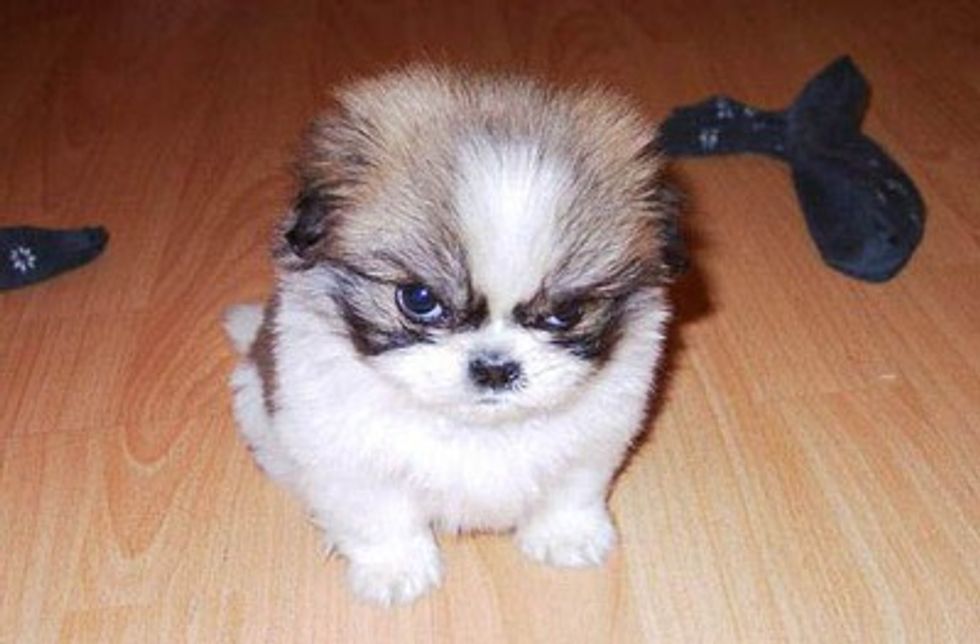 Matthew Bevin, a "Louisville millionaire and tea party favorite," announced yesterday that he will pursue a primary challenge against Sen. Mitch McConnell (R-Galapagos). While Bevins is a complete unknown who has never run for office before, McConnell may nonetheless be in for a fight because there is bipartisan agreement that Mitch McConnell is awful and no one likes him.

According to the Louisville Courier-Journal, the contest between the GOP Minority Leader and the investment manager should be "both heated and expensive" as Bevin makes the case that McConnell is not a "true conservative" because he still lets the government spend some money now and then.

Bevin vowed that, if elected, he would never vote to raise Senate pay, would oppose debt ceiling increases unless there was a plan in place to balance the budget within 10 years and would push for a permanent ban on earmarks.

That's nearly as bold an agenda as McConnell's vow to never pass any legislation that might help Barack Obama, so Kentucky Republicans are going to face a difficult choice. The Club For Growth is considering endorsing Bevin, so it's possible that he will have more than his own money to blow.

email messages belittling the size of crowds at Bevin’s campaign stops. In addition to roughly 100 in Frankfort, Bevin announced his Senate campaign before about two dozen people in Northern Kentucky and just over 100 at his last stop of the day in Louisville.

It's almost as if McConnell were reacting to the provocation by withdrawing inside some sort of armored carapace, maybe. It's too early to say what sort of traction Bevin might get, although at the moment his candidacy does at least have the entertainment value of inciting fights between several different Tea Party groups about whether to go with McConnell or Bevin.

McConnell has been endorsed by two national tea party groups, which drew a rebuke from the United Tea Party of Kentucky, a coalition of more than a dozen groups. It said in an open letter to the national groups, “Had you taken the time to reach out to us, you would have learned that the Tea Parties in Kentucky do NOT support Senator McConnell’s campaign.”

At the very least, we should expect some thoroughly charming political ads. Already, Bevin has an ad portraying McConnell as a big-government supporter of "higher taxes, bailouts, debt-ceiling increases, congressional pay raises and 'liberal' judges," while McConnell's campaign released an instant ad accusing Bevin of tax avoidance and labeling the challenger as "Bailout Bevin," because he accepted government assistance after a business he owned burned down in a fire, and also because alliteration is a can't-miss campaign strategy.

We can feel The Discourse becoming more elevated already. Surely it can't be much longer until one of the campaigns has an ad where somebody shoots a pile of papers, right?