Richard Cohen Bravely Argues We Should Arm Syrian Rebels Because What Could Possibly Go Wrong? 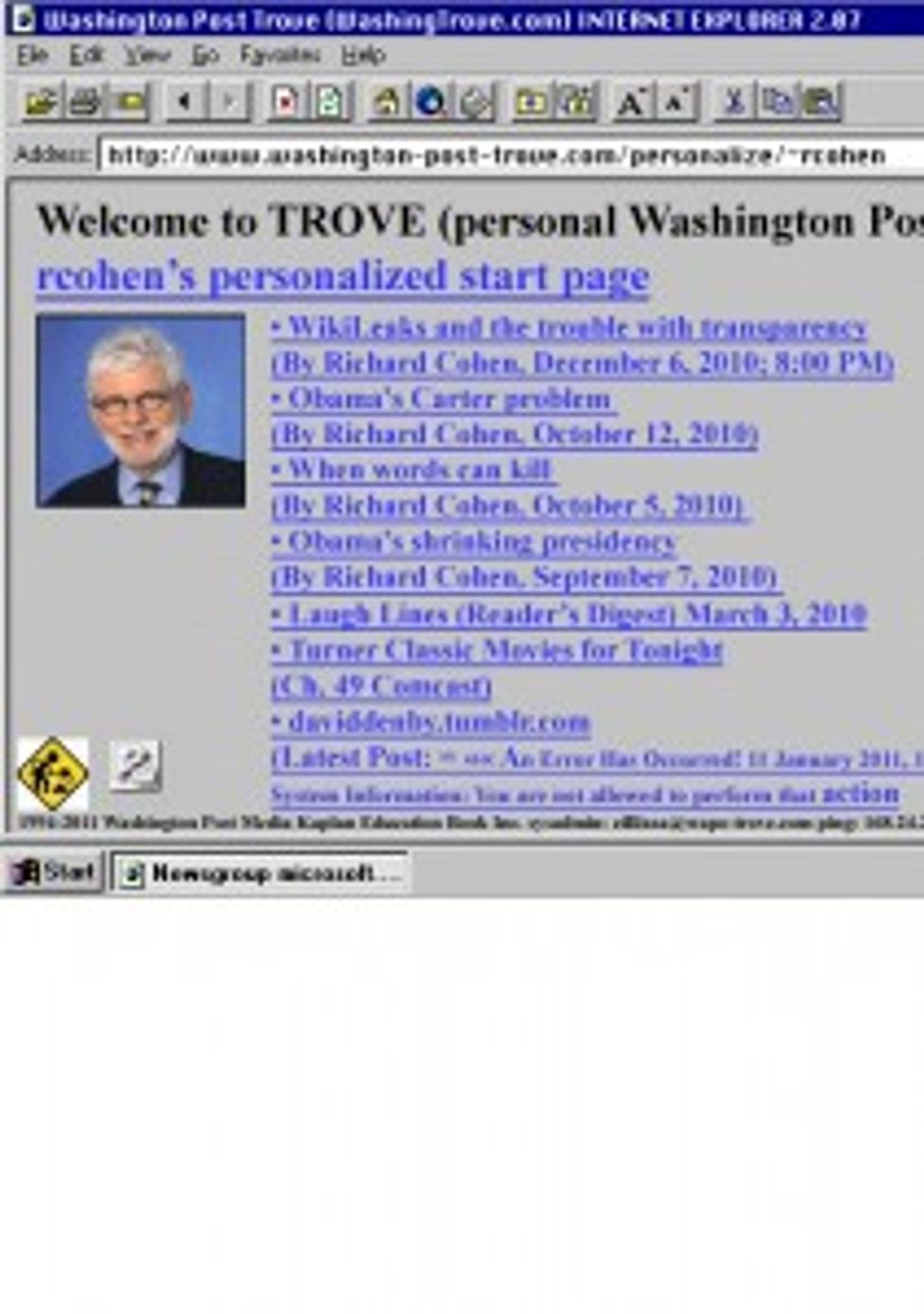 You know what would be a great idea, says Richard Cohen? You ready? Here goes! Arming the Syrian rebels,many of whom are foreign Salafist fighters! Does that sound like an awesome idea, or WHAT? What could possibly go wrong with that, we armed and trained the Taliban when they were fighting the Soviets, and that turned out GREAT for us, so arming foreign fighters in Syria -- well, that's just genius. Way to go Richard Cohen!

We know now that much of the national security apparatus favored taking some action. Leon Panetta, the departing secretary of defense, and Hillary Rodham Clinton, until recently the secretary of state, wanted to arm the Syrian rebels. So did then-CIA Director David Petraeus. The White House vetoed this proposal, ostensibly on the grounds that thevery weapons provided could wind up in the hands of al-Qaeda and its affiliates and be used against America or American interests. This is the dreaded — and often hyped — blowback.

Yeah it's all hype -- just HYPE, really. And that Obama, WHAT A FAG. Now of COURSE we are sympathetic to those poor people in Syria who have been dealing with this for about two years. They have lost a World Heritage Site in Aleppo. Rebels have looted and burned Shi'ite churches. There have been bread shortages. Tens of thousands of people have been displaced. But you know what (and we are embarrassed we didn't think of this before) the only thing that will stop the bad guys with guns are GOOD GUYS WITH GUNS and it will be SO EASY to tell which is which!

But well more than a year into the civil war — it started nearly two years ago — the CIA should have had some notion of who could be trusted with the weapons and who could not. (An intelligence budget in excess of $50 billion a year ought to buy something.) More to the point, the winners would be grateful to the United States for the weapons and maybe, just maybe, become our pals once the war was over.

Yeah guys, maybe they will be our pals. Just MAYBE! And if they aren't, well, what could possibly [PDF] go wrong?