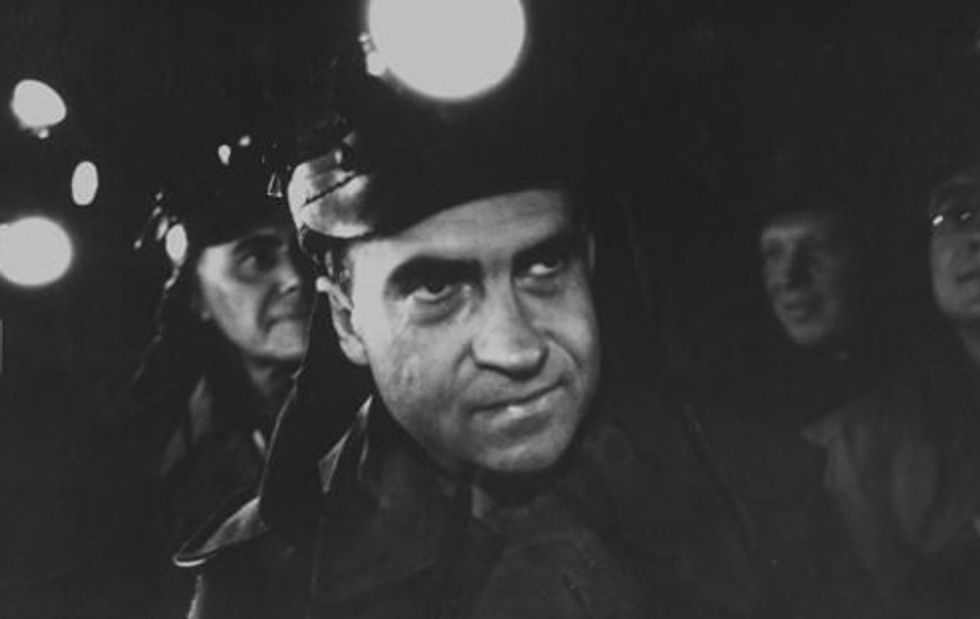 From LIFE.com's creepy new photo feature, "The Richard Nixon You Never Knew," here's the original vice presidential Dick just cold eatin' some pupu with his fingers. In Hawaii. Where is your birth certificate, long-dead Watergate crook with your hand in the pupu jar? MORE IMPORTANTLY: What would happen if Dick Nixon was dropped down a mineshaft?

This would happen. And it apparently did, back in Nineteen Hundred and Fifty-Nine. In the Soviet Union. Eisenhower must've hated this guy so much! [LIFE.com]