Richard Wolffe Has Inside Scoop On Obama Image Machine 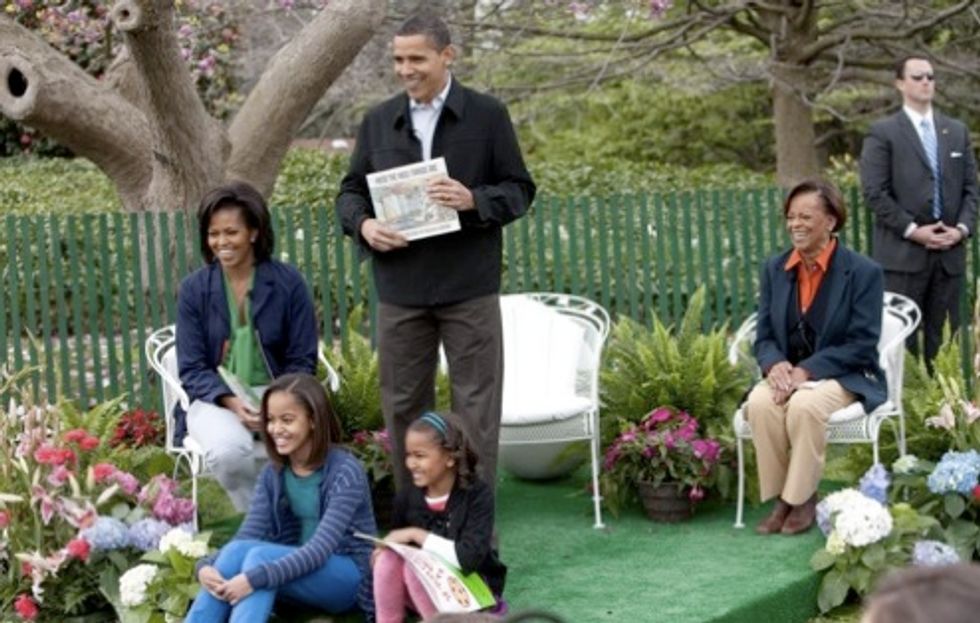 Have you every wondered how the Obama family manages to look so consistently classy and awesome while the rest of America farts around in terry cloth sweat pants, chewing on their hangnails and just resenting the hell out of anyone who's fancy enough to shower twice a week? The Obamas owe their squeaky clean and generally adorable public image to ... being naturally adorable.

Yes, quite often the photo ops that make Obamatards feel all tingly in their down-theres are not the result of careful plotting, but rather the spontaneous and genuine product of folks saying, "Hell, let's just show the reporters our new dog."

According to a senior White House aide, the initial plan was for just a staffer to walk “Bobama” in front of the cameras.

Even when the president and first lady decided to take the lead, there was no plan for their daughters to join them. Malia and Sasha wanted to take part themselves at the last minute. There were certainly no plans for the president to run with his dog across the South Lawn. It turns out that the memorable images came from the Obamas themselves, not their handlers.

Goodness, have the PR experts are all going to faint/cream their shorts/fire themselves once they figure out that the key to looking like a nice family is to actually be a nice family. Scoop!

Inside the Obama Family PR Machine [The Daily Beast]