Rick Gates Lining Up To Be Robert Mueller's Hot Lunch 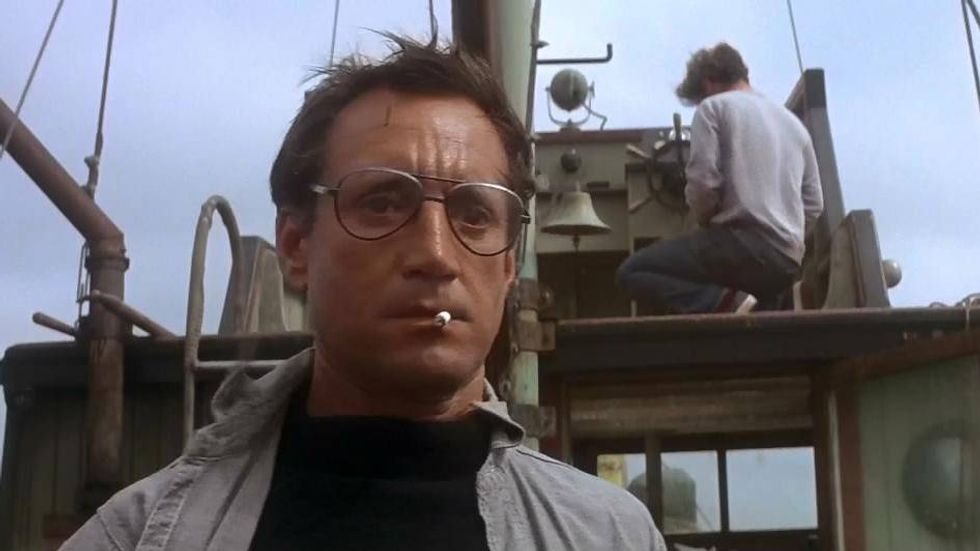 Is that a Friday News Dump we see poking out of the waves? Will Robert Mueller file additional indictments? Will Trump use Devin Nunes's Memo alleging a lesbionic Hillary-FBI-Benghazi three-way to You're Fired Rod Rosenstein and kill the Russia Investigation? Will Jesse Watters go on live television and piss on a mattress to prove the dossier is fake? We have no idea! But we do know that something's going down with Paul Manafort's henchman Rick Gates.

Gates and his former boss Paul Manfort were indicted in October on multiple counts of money laundering and failing to register as foreign agents. Both men pleaded not guilty, after which Manafort started paying his lawyers to kick up maximum fuss, and Gates started hosting fundraisers so he could actually pay his lawyers. Your Wonkette noted that Manafort's access to infinity money gives him a different set of incentives from Gates, Michael Flynn, and George Papadopoulos. And it looks like Your Wonkette was right! Because last week, Gates hired high-profile defense attorney Tom Green, and yesterday Gates's old lawyers filed a motion withdrawing from the case.

BREAKING: Rick Gates' three attorneys who've been repping him in court withdrew from his case this afternoon.
AND THEN: A team of lawyers from Sidley Austin (which we connected to Gates last week) spent the afternoon inside Mueller's office building. https://t.co/jjTkZ6nLW9

The motion justifying the attorneys' withdrawal is sealed by the court. But it looks an awful lot like Gates just flipped! Manafort can spend $10 million dollars while he waits for a lifeline from Nunes's treason squad or Trump's pardon pen. Gates needs a lifeline TODAY, and it looks like he may have found one in Robert Mueller's warm embrace. All he has to do is tell the nice man everything he knows about the Trump campaign, the Trump transition team, any coordination with Russian hackers to dump fake news into American social media, any contact with Russian agents or Wikileaks, why the censure of Russian interference in Ukraine was removed from the RNC platform, Carter Page, George Papadopoulos, and every shady deal that Paul Manafort ever did.

I Can't Believe I Used To Think Paul Manafort Was The Boring One, HOLY JESUS SHIT!

And it explains why Gates's lawyers had to withdraw. If he and and Manafort had a joint defense agreement, flipping puts him on the opposite side of the table from Manafort. Gates's lawyers might then be conflicted out because of their prior work with Manafort's counsel.

They likely had a joint defense agreement with Manafort's guys, so..., when Gates decided to cooperate, bye bye agreement and lawyers who are now conflicted out. Whoo hoo!

Unlike Congress, however, Mueller's team doesn't leak. So we're not likely to get confirmation until we see an indictment. But in the meantime, let's remember this NBC story from last week:

Donald Trump is telling friends and aides in private that things are going great — for him.

Some reasons: He's decided that a key witness in the Russia probe, Paul Manafort, isn't going to "flip" and sell him out, friends and aides say.

You would think that a VERY STABLE GENIUS who just got ratted out by "the coffee boy" would realize that the help can also incriminate him. But then you'd remember that we're talking about a guy who went on television and bragged to Lester Holt about obstructing justice. Trump will still be telling whoppers about crowd size when they're slapping the cuffs on him.

Please click here to money us! We'll be here all weekend for BREAKING!