Rick Perry Appointee Jailed For Being A Creep 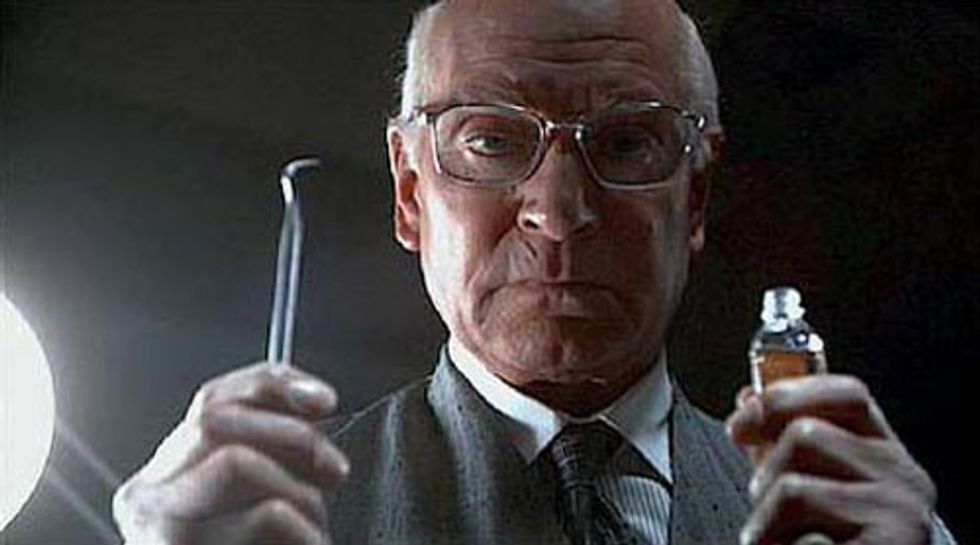 As a person who just got a broken molar fixed (just fine, thanks!), Yr Doktor Zoom is especially alert to the word "dentist" in news stories at the moment. And so our eyes opened up atthis story from the Great State of Texas:

A Central Texas dentist has been sentenced to 21 days in prison for taping a female employee changing in the office bathroom.

OK, eww. So maybe he knows dentistry, but apparently he's also just creepy as all hell. There's also a semi-political connection, since in 2009, Gov. Rick Perry appointed Birdwell to the Texas Board of Dental Examiners; he resigned that position when he was arrested back in May. Maybe that's why Rick Perry was so frowny!

Birdwell also resigned from his dental practice shortly after being arrested. One of his female employees noticed that there was a camera hidden in the restroom while she was changing clothes. After initially claiming he had no idea how it got there, Birdwell eventually confessed and said that he'd watched the woman twice. Yes, you are all now entitled to any feelings of paranoia you may harbor for the rest of the day.

In addition to the 21 days in jail, Birdwell will have four years of probation and 80 hours of community service; while he's in jail he's also likely to Find Jesus, become a Birther, and begin a quixotic campaign for local office. It's a dentist thing.

Follow Doktor Zoom on Twitter. He always feels vaguely odd about throwing part of a tooth in the trash. Can't they be recycled?