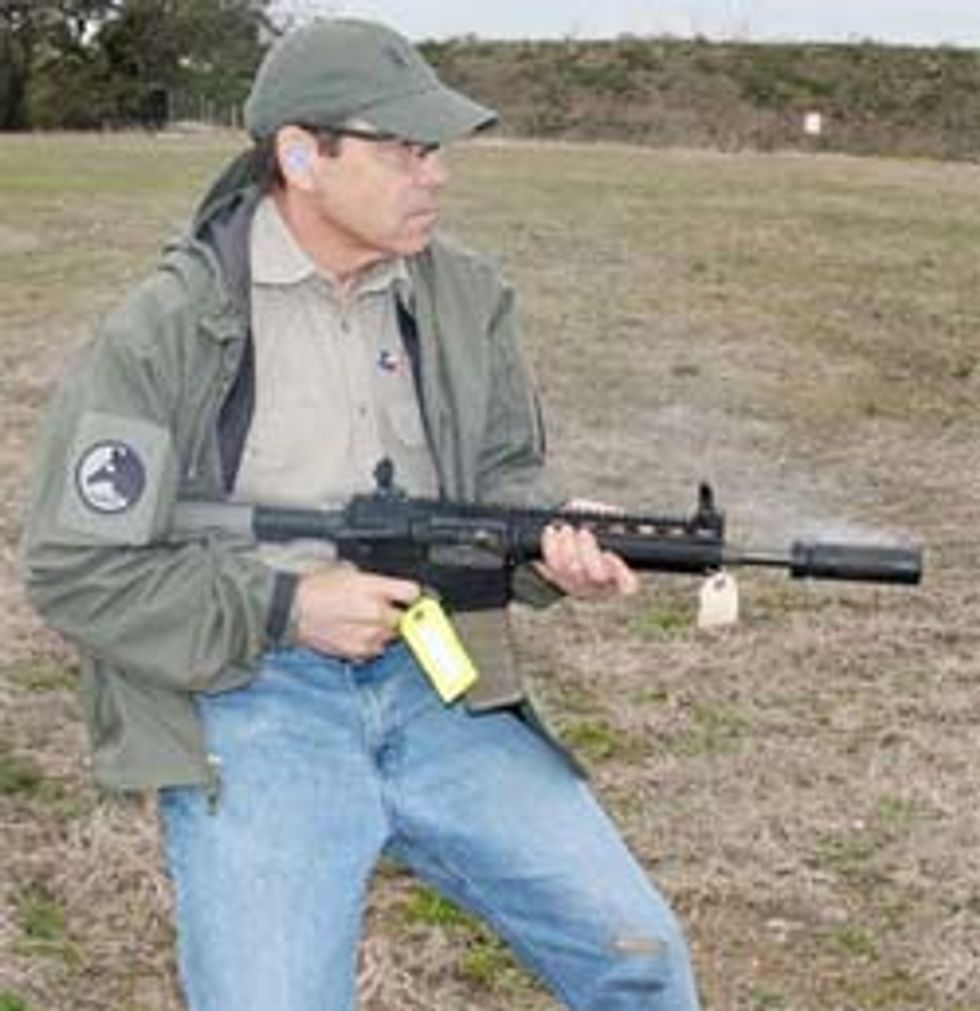 Let's say you are Rick Perry, and you have some important information to give to the president. How would you get in contact with him? Well, you could send him a letter, through the United States Postal Service...if youhate America, since the heavily unionized workforce of that organization will almost certainly either leak the top-secret contents of your communique to your press enemies or just dump it, along with thousands of children's letters to Santa, in a storm drain somewhere. You could pick up the phone and call him, but since chances are better than 50-50 that They are listening, this has its own risks. You could send a trusted courier to carry your message to him, but what of the notorious highwaymen who plague all the roads to Washington-Towne? No, the only way Rick Perry could get his plea for more border troops to Barack Obama was to personally hand it to the president himself.

The Washington Post describes the scene when Rick Perry's long wait for the physical arrival of the president was blessedly rewarded:

Republican Gov. Rick Perry hand-delivered a letter as President Obama emerged from Air Force One here, repeating his demand that the government send 1,000 troops to the Texas-Mexico border.

The letter, released to the news media by the governor's office, also repeated Perry's request to meet with Obama and his secretaries of homeland security and defense to discuss what he described as the increasing danger along the border.

Huzzah! With this important information finally in the hands of our leader, who was hitherto wholly unaware that any "danger" existed on the border, or indeed that there was any such place as "Mexico," policy will fundamentally change and...wait, WHAT?

Perry greeted Obama at the foot of the stairs from Air Force One, clapping for the president as he descended. The two shared a hearty handshake before Perry pulled the letter out of his suit pocket and handed it to senior adviser Valerie Jarrett, who was standing behind the president.

Nooooo! Once again the president's wicked advisors prevent him from making direct contact with the People! Why does this cabal of plotters attempt to undermine Obama's glorious reign?

Smart man, Rick -- you didn't fall for the old "top-level NSC briefing" trick, where they capture you and throw you into a dungeon forever. Perry will just have to figure out another way to get his message to the president. We suggest writing it on a small scroll of parchment and tying it to an arrow, which Texas's greatest archer will fire directly through the window of Obama's bedroom, up in the highest turret of the castle. [WP]