Rick Perry Has a Large Collection of Boots and 'Medical Tests' 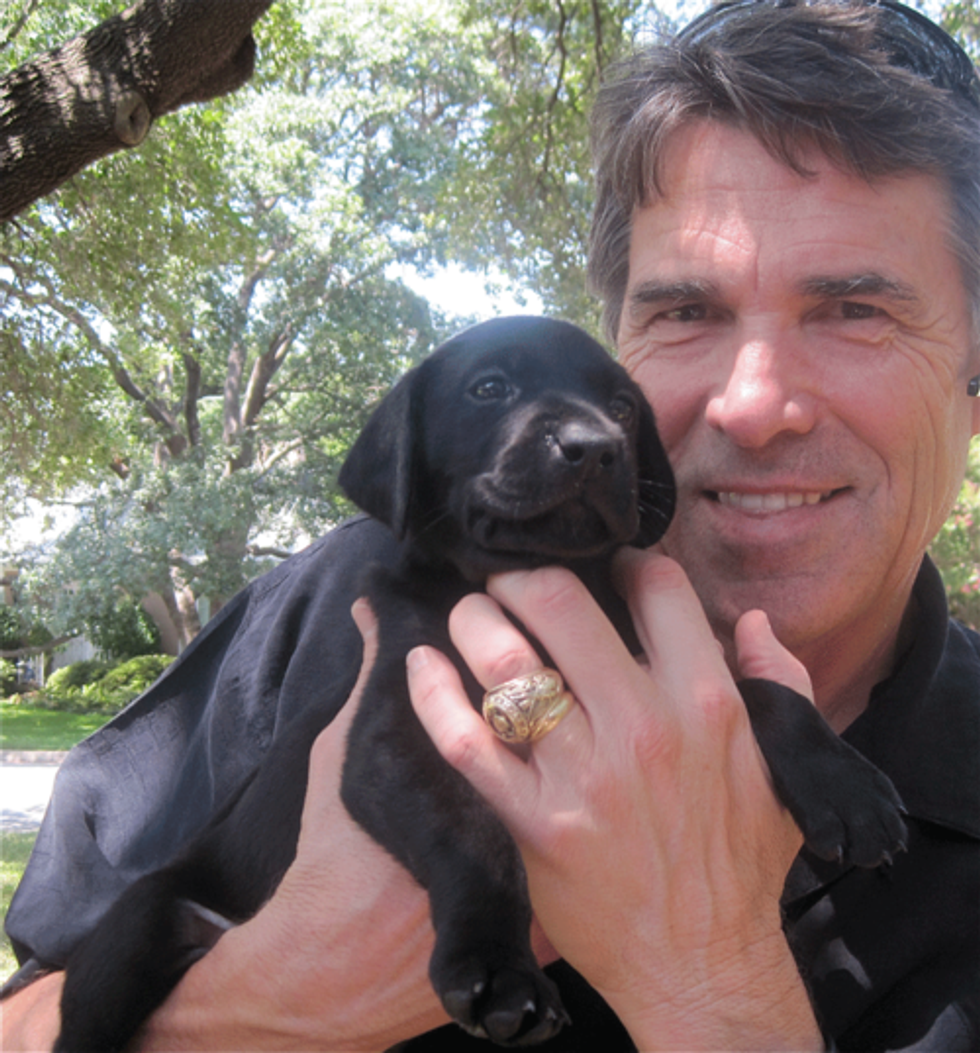 Every day is Christmas for Future President Cowboy Rick Perry. This is partially because that is the law down in Texas, where as much as they want to "teach Creationism" to their children, they are cursed with the burden of also including some facts about science, even though all the miniature Rick Perrys find it so boring, and wrong. ANYWAY. Every day is Christmas because Rick Perry sure does get a lot of gifts, just like the little niño Jesus got, in the manger. Specifically, people just love sending Rick Perry crates full of hair gel and boots. And also "medical tests," so maybe Rick Perry also suffers from migraines, like all the most gifted Republican candidates!

Rick Perry must report all his gifts, which is lucky for us, because we get to know about all the weird things that everyone is anxious to send Rick Perry.

Perry reported accepting “medical tests” or “medical assessments” in 2001 and 2010 from Dr. Kenneth Cooper of Dallas, Texas, an exercise guru regarded as the father of aerobics, and also in 2010 from Dr. Randy Hickle, an anesthesiologist who founded a state-of-the art primary care facility in Lubbock, Texas.

Then there are the boots.

But Perry’s most prolific boot-giver by far is famed Houston bootmaker Rocky Carroll, who has given Perry at least 10 pairs of custom-made boots since 1991, according to the filings, including a 2008 pair bearing the insignia of the Republican Governors Association, which Perry chaired until stepping down to run for president.

Carroll — who has made boots for everyone from Queen Elizabeth and Liz Taylor to former Presidents Carter, Reagan and Bush (both 41 and 43) —told POLITICO his boots start at $500 a pair. Though he said he wants nothing in return for the pairs he’s given to Perry and other dignitaries, he did concede in a March interview with the St. Petersberg Times that it’s good advertising to have presidents wearing his boots.

And he predicted Perry “is going to be the next president,” recounting a call he made to the governor’s cell phone this week.

“I said ‘I’ve already started your boots with the presidential seal on them,’” said Carroll. “So he can wear them and break them in.”

Cowboy boots will be such a great change for America, and so much more fun than those Seal of the President burqas that Obama tried to bring into vogue. [Politico]