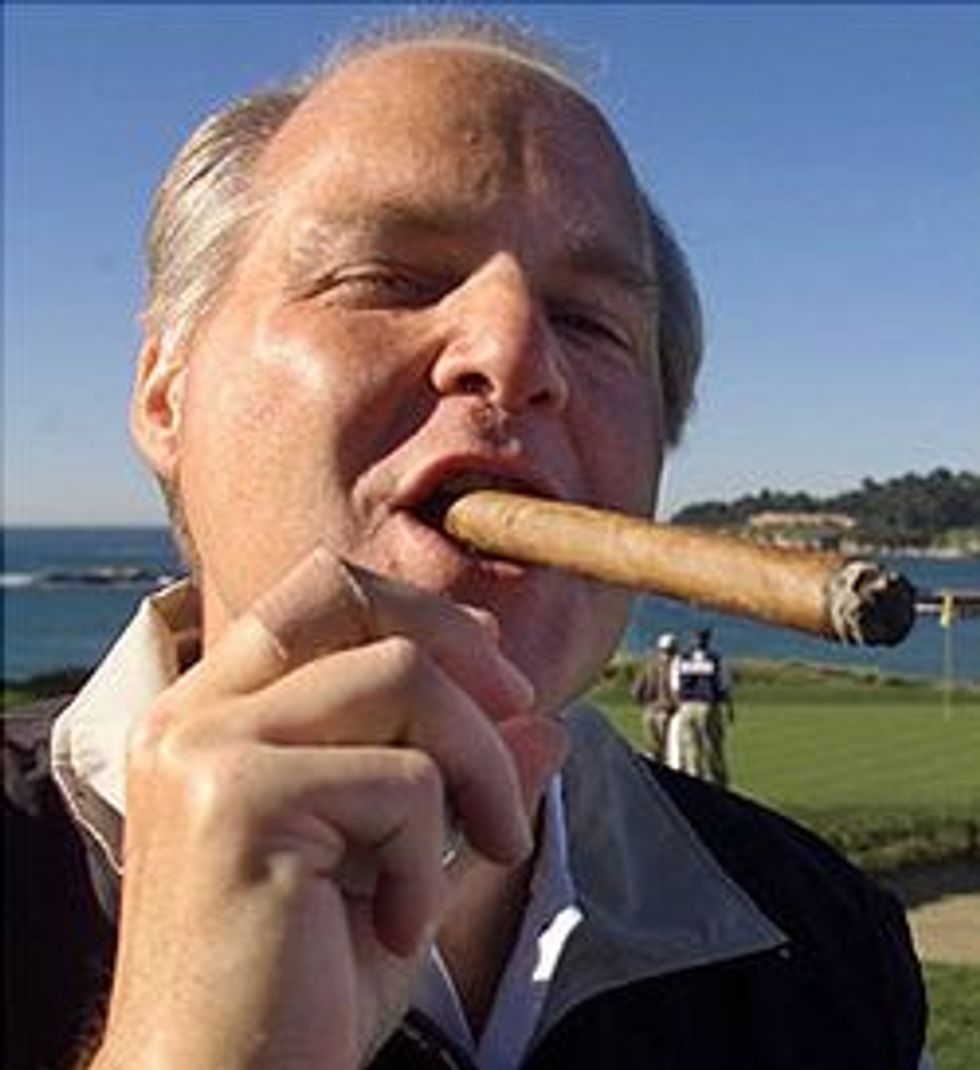 Rick Perry has been governor of Texas for approx. 45 million years, ever since George W. Bush left office to be president. And he will serve for another 45 million years if he wins his next re-election attempt -- a feat that, like all feats Republicans perform these days, hinges on attracting the endorsement of the Floridian mind-controlling swamp demon Rush Limbaugh.

(It's a little-known fact that most Republicans have actually ceded their individual suffrage to Limbaugh in exchange for a lifetime supply of tea bags and a subscription to Juggs.)

Anyhow, Rick Perry thinks Rush Limbaugh should move to Texas, specifically Austin, because he is a dick.

Limbaugh should obviously move to Pearsall, the hunting capital of South Texas, where he can live in peace and tranquility with the other javelinas.