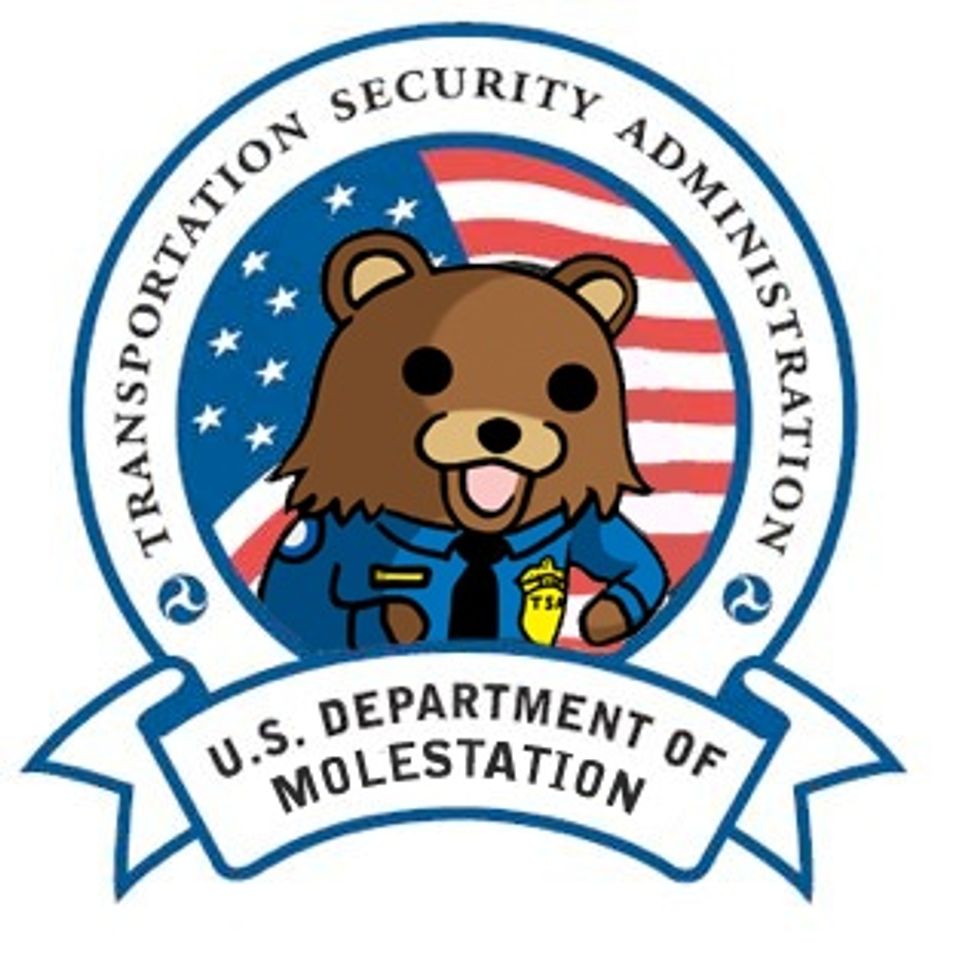 It is Election Season, which means that every legislative agenda item across America is now required to pointlessly pander to everyone's weirdest fears by passing laws against stupid things like "saying Sharia Law while riding an escalator" or "explaining to children that gay people exist." But Texas, because it is Bigger at Everything, wants to do "unconstitutional" for extra points. Gov. Rick Perry has taken an abandoned state law banning TSA pat-downs andput it back on a special legislative session agenda that only he gets to create, even though a U.S. Attorney sent a letter to lawmakers warning that they are not allowed to block federal law and let terrorists fly on planes just because Rick Perry is afraid of someone touching his butt.

Perry is under pressure from paranoid wingnut Tea Party people to prohibit TSA pat-downs, which at some point here is going to devolve into "let's just allow people to bring guns on airplanes to stop the FURRINERS from getting on the flights." This will be Rick Perry's 2016 campaign platform.

"I am grateful that the governor heard the calls of the people demanding that lawmakers stand up for the liberties of Texans," Wesley Strackbein, a conservative activist and founder of TSATyranny.com, told Reuters. Strackbein said he traveled to the Republican Leadership Conference in New Orleans over the weekend to confront Perry on the issue.

The bill would make it a Class A misdemeanor -- punishable by up to a year in prison or a $4,000 fine -- for a TSA agent to "touch the anus, sexual organ, buttocks, or breast of another person, even through that person's clothing" for the purpose of "granting access to a building or a form of transportation."

If Texas lawmakers pass such a bill, the TSA will be forced to ground all planes trying to fly out of Texas until someone goes, "eh, supremacy clause, you morons, read the Constitution." On the other hand, there will be an airborne wall around Texas, which is not anyone's worst nightmare. [Reuters]