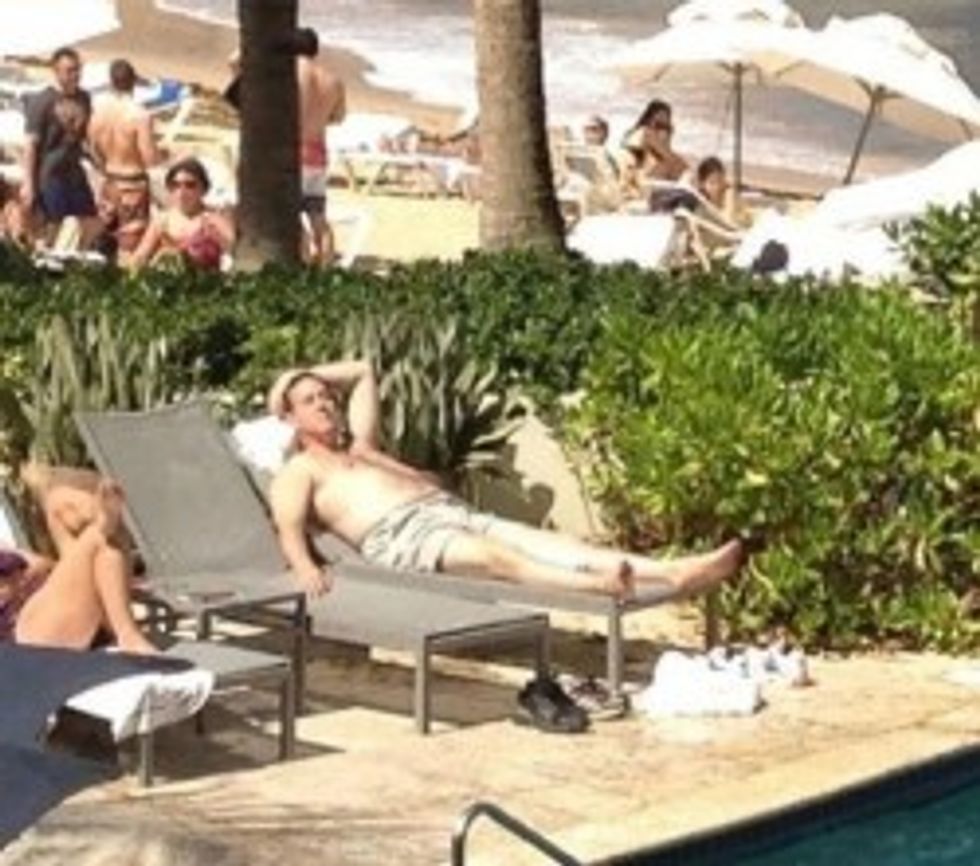 Did you hear that President Obama allowed his daughter to go to Mexico with 12 friends and 25 Secret Service agents? Our friends on the right end of the political spectrum have been calling it poor leadership for the First Parents to send their child to Deathly Mexico after the State Department recently issued a travel warning for certain parts of the country (thatdon't include Oaxaca, where Malia was visiting). At least this is the angle -- "hypocrisy," a bullshitter's best argument-friend -- they're basically using it as an excuse to call the Obama family jet-setting spendthrifts. And now classy piglet Rick Santorum, who is actually wading into this story about the President's daughter, is calling Obama a bad father/president who is setting a bad example. Sweet jiminy Christ burgers.

Here's "Santo" chatting with his good pal Glenn Beck, who apparently didn't die last year as everyone had assumed:

“What I would say is that the president’s actions should reflect what his administration is saying,” Santorum told Beck. “If the administration is saying that it’s not safe to have people down there, then just because you can send 25 Secret Service agents doesn’t mean you should do it. You should set an example. I think that‘s what presidents do. They set an example. And when the government is saying this is not safe, then you don’t set the example by sending your kids down there.”

Another things presidents "do": Not go out of their way to chime in on someone else's parental decisions, like where they allow their kids to go on Spring Break. Take the "wasting taxpayer money" angle if that gets your rocks off. But what is this "DERPA DERP he sent his kids to DERP hypocrite SPLAT haw haw Mexico" crap?