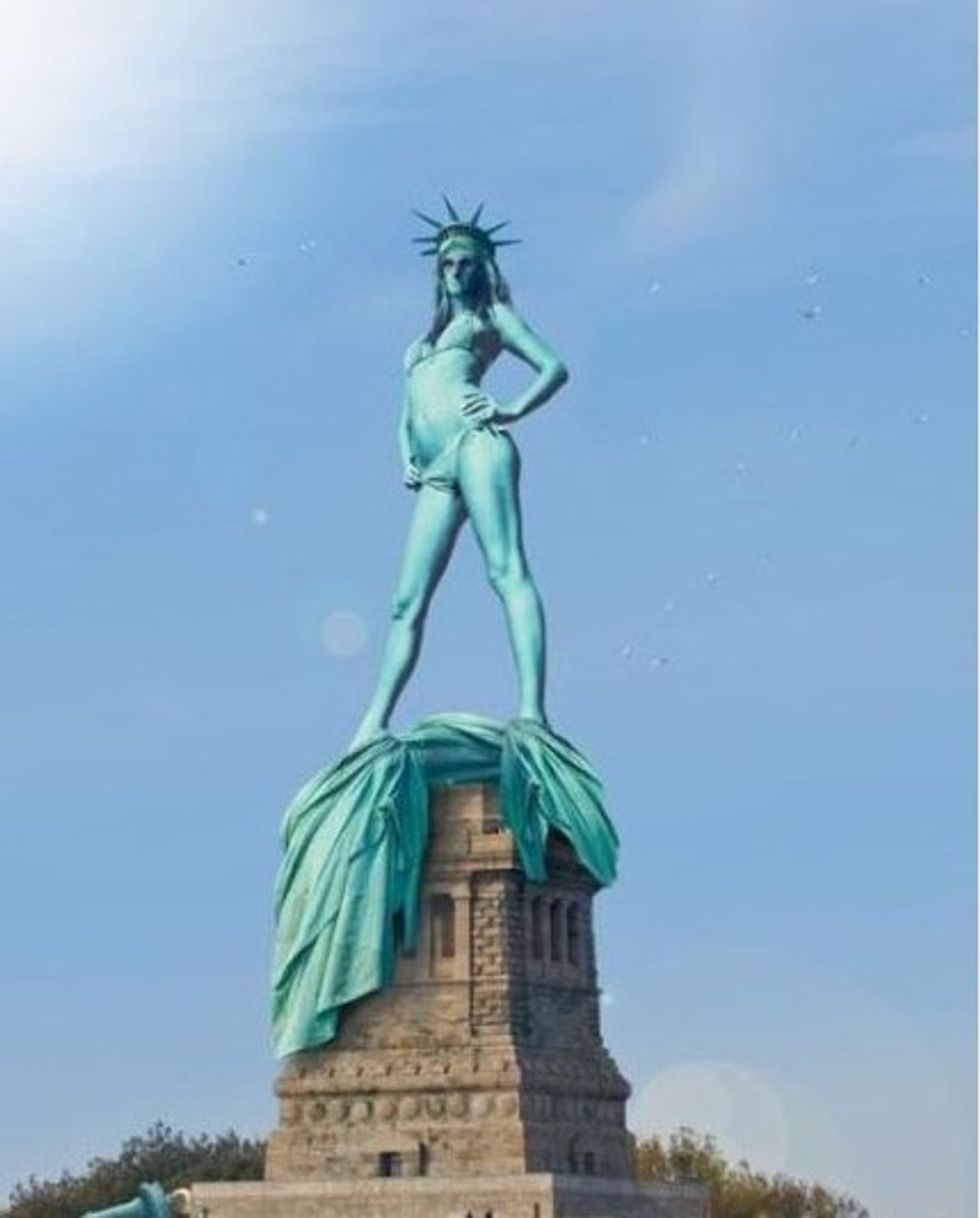 They all said that no, the right to do gay stuff is certainly NOT bigger than their God-given Republican rights to discriminate against people who do gay stuff, thank you very much, somebody elect all these men president ASAP.

"Freedom of speech isn't really worth much if you can't speak what you believe. Freedom of assembly doesn't mean much if you can't assemble for what you believe. Same thing with freedom of the press, same thing with the newfound freedom to do whatever you want to do from a sexual orientation — not a sexual orientation — a sexual activity point of view, that to me is a much lower freedom because is an activity, it is not at the heart of who you are.”

Ha ha so wait just a minute here, we think he is saying that all of the other Freedoms come from the Freedom of Religion, because why would you even want to do those other freedoms if it wasn't for Jesus? Why would you speak out or assemble for anything else? I mean, I know that there are some other causes out there, like maybe liberal evil people who might assemble to protect a woman's right to choose to go see Rick Santorum's wife's ex-boyfriend for all the abortions, but those causes are Not Important because they have nothing to do with helping people like Rick Santorum discriminate against everyone in service of his perpetually butthurt God.

Unfortunately, Rick effectively and sloppily Santorums all over his own point when he word salads into his list of Jesus Freedoms both the press AND the "newfound freedom to do whatever you want to do from a sexual orientation" AKA butt stuff. Fine Rick, when we all do gay stuff, we only do it because WE BELIEVE in it, therefore it is part of our Jesus Freedoms. Also LGBT people will have equality in this country, and it won't be long, and you'll still be as free to be as much of a wingnut Catholic as you want, fuckin' deal with it and do not worry, we will probably be too busy erotic freedoming each other to criminalize your dumb religion.