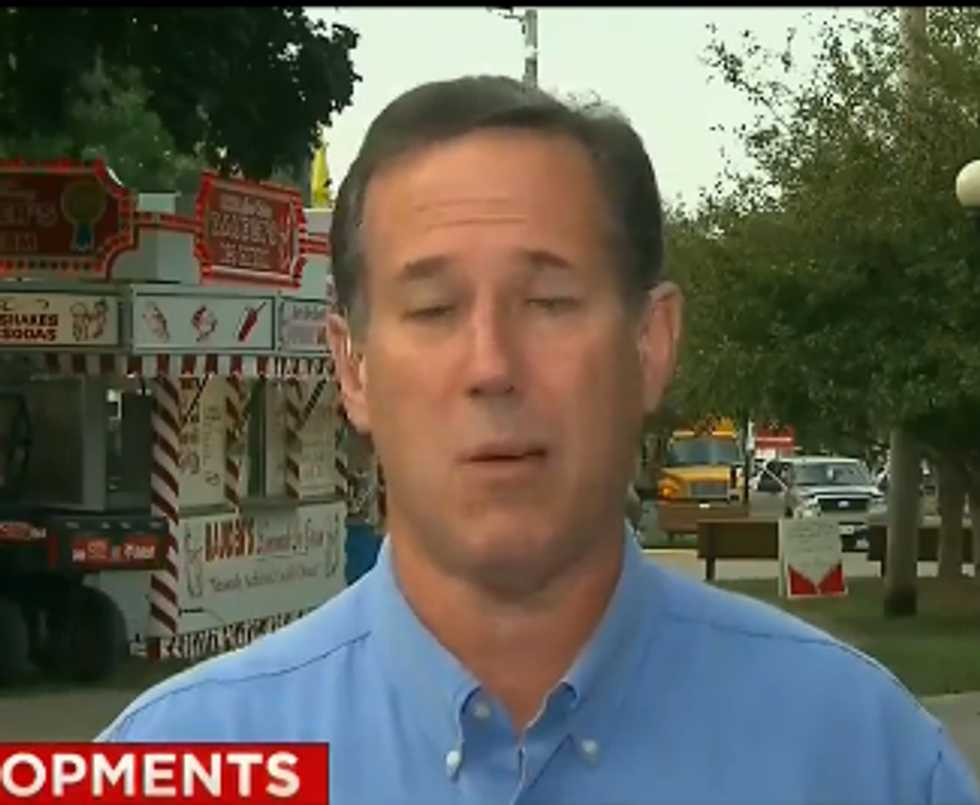 I did not do research on that fetus!

Ooh, Rick Santorum said a ZING! at one of the idiots he's running against, Ben Carson, because that's how he's going to get the Republican nomination, by yipping at the other loser candidates like an underfoot Pomeranian. He's ankle-biting Carson, because back in Carson's doctor days, he did all sorts of fetus parts research. If Santorum were a doctor (LOL), would HE do fetus parts research? Golly gee, no way, CNN's Chris Cuomo, how could you even suggest such a thing?!

“If Rick Santorum was doing research, would he use fetal tissue, given how you feel about where it comes from?” he asked.

“No, I wouldn’t…” Santorum responded, citing the fact that Planned Parenthood uses it to push women into getting abortions. “It is used in some cases… to make women feel more comfortable about having abortions. That is something I would not want to participate in.”

“You really don’t see a lot of that work being done anymore, because most of that research has gone to dead ends,” he continued. “Even before that, the morally suspect nature of how that tissue is gathered to me would say that you simply shouldn’t participate in that kind of research.”

First off, where is Santorum's source on Planned Parenthood using fetus parts research to "push women into getting abortions"? Did Santorum dress up as a pregnant lady one time and pretend to be on the fence about having an abortion, and the nice Planned Parenthood people did a hard sell on how they needed Santorum's fetus, for important research? Did he hear about it from that abortionist his wife Karen used to fuck? Or did he just pull it out of his ass?

Also, he is either wrong, really wrong, or A Idiot when he says "that research has gone to dead ends." That is a thing that "pro-life" people believe, and like most things they believe in, it's not true, for the bazillionth fucking time.

Sorry, we are not being fair. We're acting like Rick Santorum isn't a doctor (which is true), and like he'd never be in a position to have a fetus in his possession anyway, so why even ask him? The truth is that Santorum HAS had fetus parts in his possession, like that time when his wife had a miscarriage (a very sad thing to go through) and they took it to the in-laws' house so the whole family could pet it and sing songs to it (GROSS AND CREEPY AND TRAUMATIC AND WEIRD).