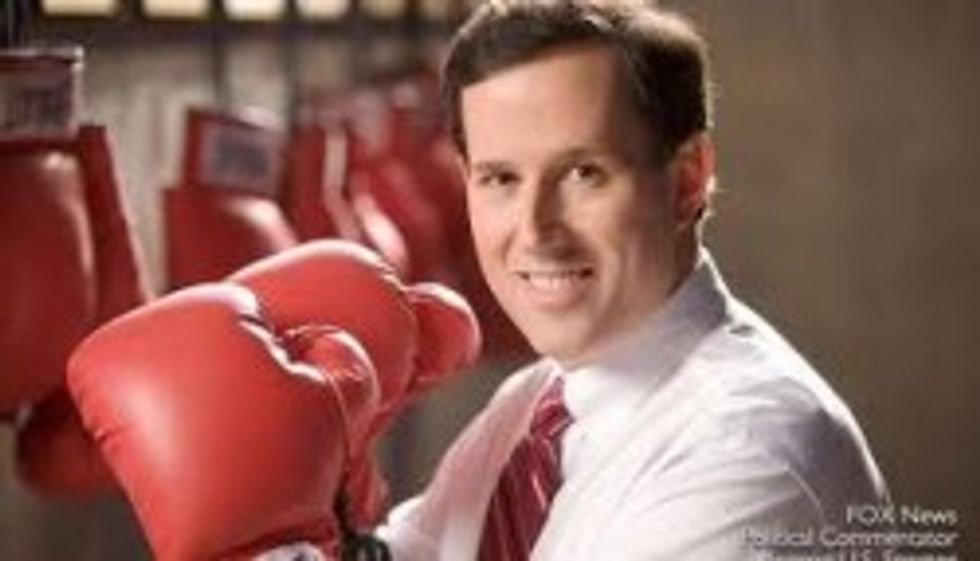 Rick Santorum took a break from his usual speaking style, "in tongues," to tell English-speaking Puerto Ricans, who speak English, that if they want statehood,they must speak English. It's no "language of the ghetto," but it'll do, Pig. It'll do. Added bonus? The GOP race's "real conservative" has no idea what either federal law or the Constitution say on the matter (nothing), surprise, but that does not stop him from grandly spewing poo from his mouth to please the base, because Mexicans.

First of all, Rick, everyone knows Hawaii is not a state nor even part of America. If it were, B. Hussein Obama would be a natural-born citizen! What else you got, Reuters?

However, the U.S. Constitution does not designate an official language, nor is there a requirement that a territory adopt English as its primary language in order to become a state.

Right. So there's that too.