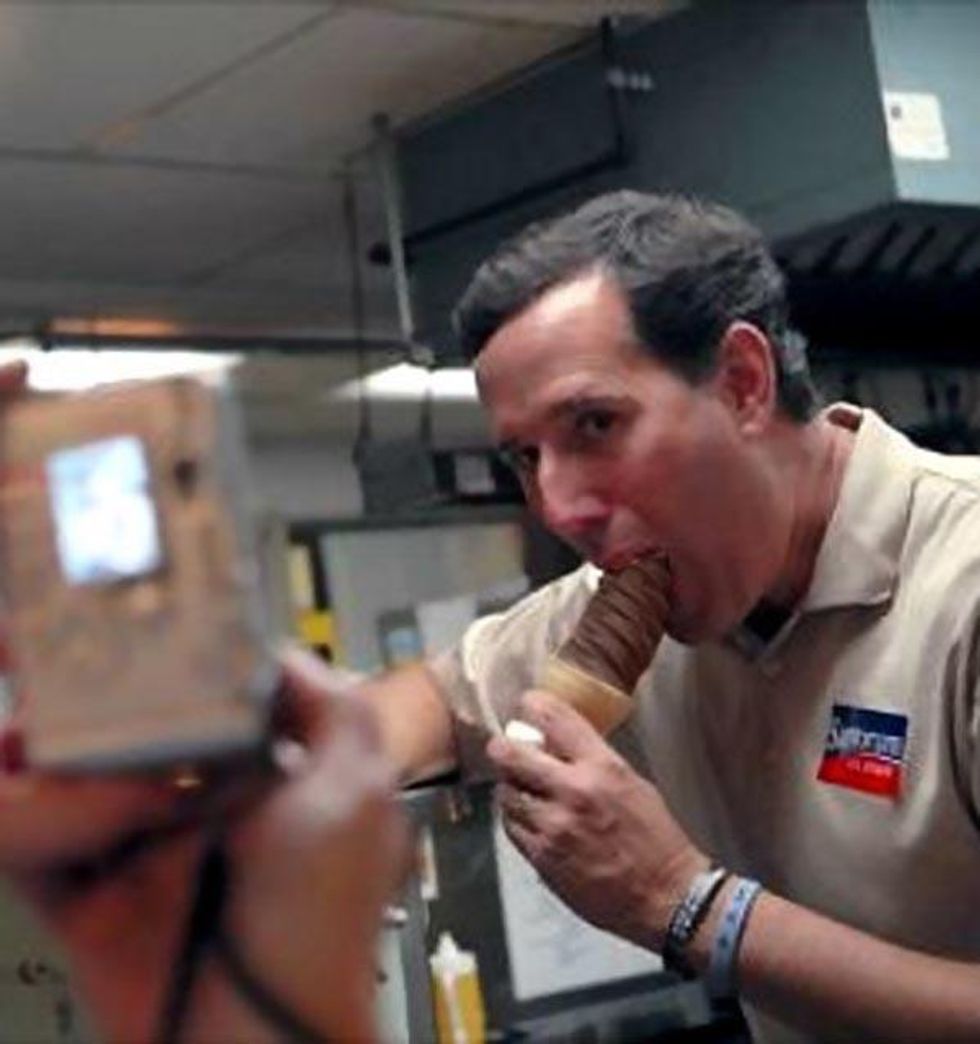 Why is the terrible liberal media forcing Rick Santorum toyell swears at them by repeating his words back to him and asking about them? WHYYYYYY?

Because they are the liberal media, duh. They could no more stop forcing Rick Santorum to yell rude swears at them by repeating his words and asking questions about them, than they could stop being terrorists. It's just who they are. And that is why Rick Santorum told Jeff Zeleny of The New York Times to stop distorting his words, it is ********! (The word is "bullshit.") Seriously, you gotta see this perfect koan of a CBS video, in which they show Santorum's words, Zeleny asking about them, and Santorum freaking out, lyinnnnnng, and then clearly having to talk himself down from just cold delivering a physical beatdown on poor Zeleny, after the jump. But is there whining? THERE IS THAT TOO!