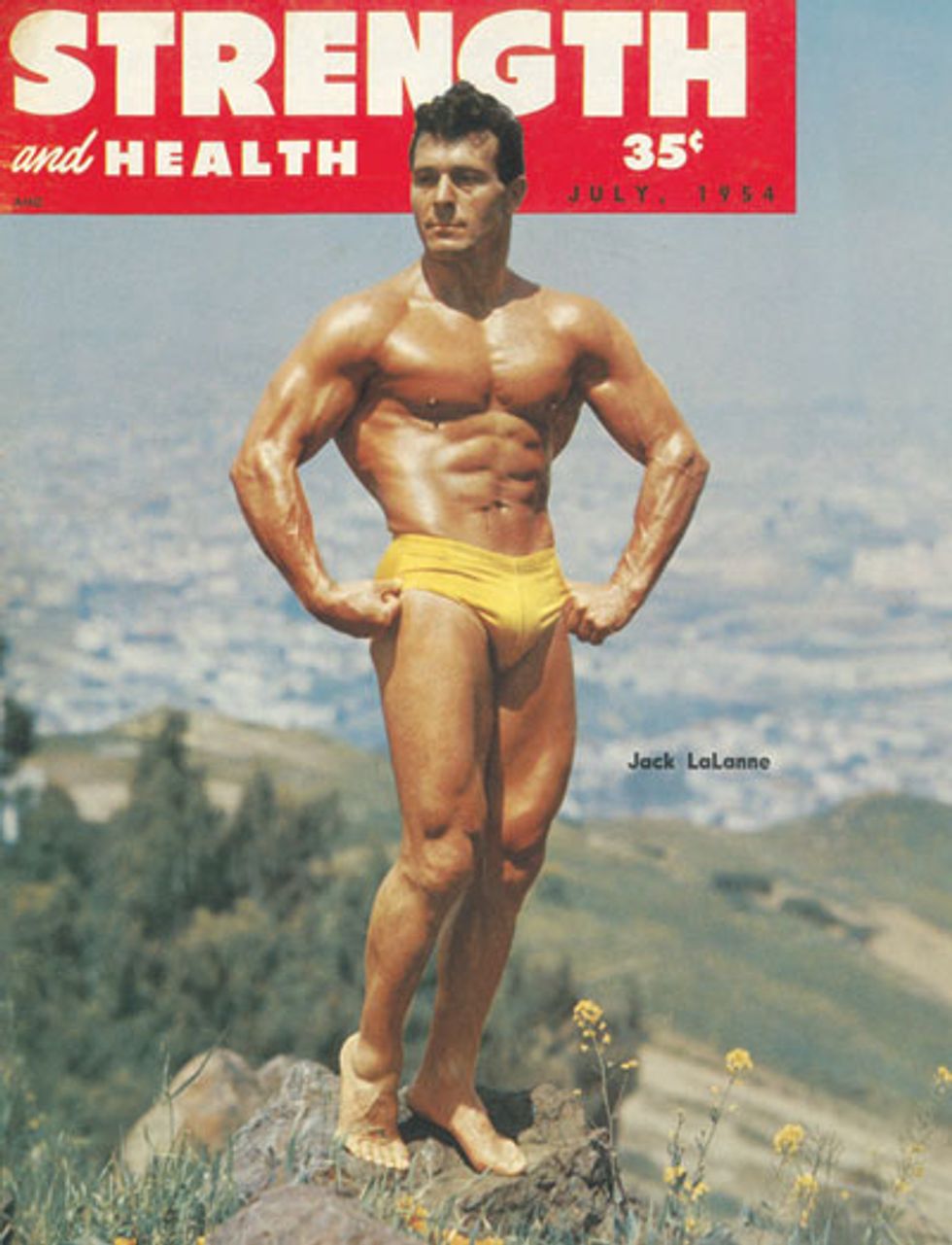 Jack LaLanne died at 96 ... 96! He was in pretty good shape until the end. Jack was a vegetarian (or "pescatarian"?), non-smoking two-hour-workout-a-day beefcake Greco-Roman model (NSFW!) who lectured housewives and night-shifters for 30+ years on the teevee, and if you actually look at him it's like Kerouac talking at Neal Cassady speed, and it's fantastic.

He was the Michelle Obama of his time, but nobody called him Communist, even though his 10-point plan was about as Buddhist as you could find on American Teevee. [NYT]