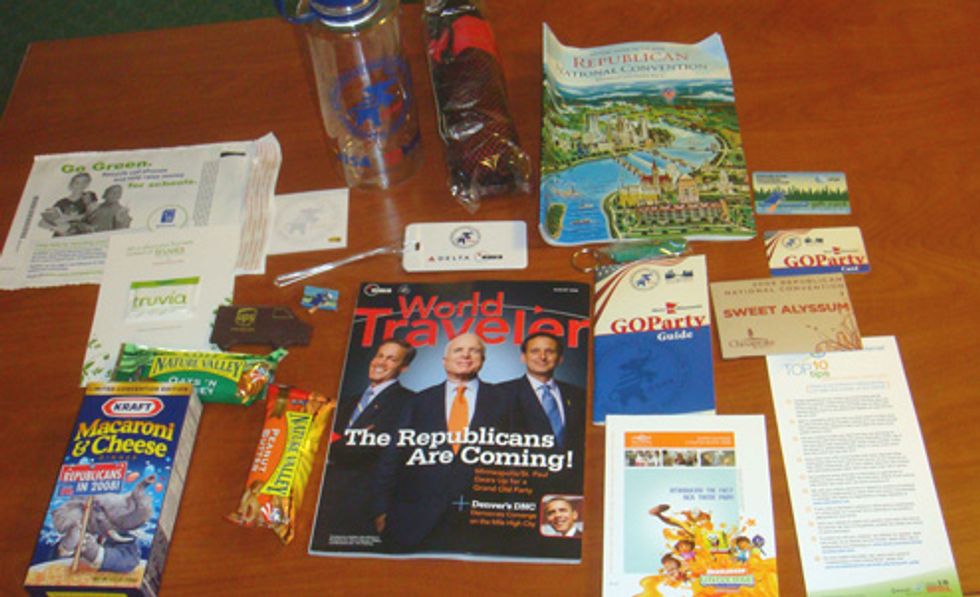 The RNC,like the DNC, issued a "schwag bag" made of marijuana to each of its esteemed media correspondent reporters during check-in here, in the self-styled "Twin Cities." The DNC and RNC bags are very similar, which somehow demonstrates everyone's leave favorite thing: bipartisanship.

From left to right, vaguely: