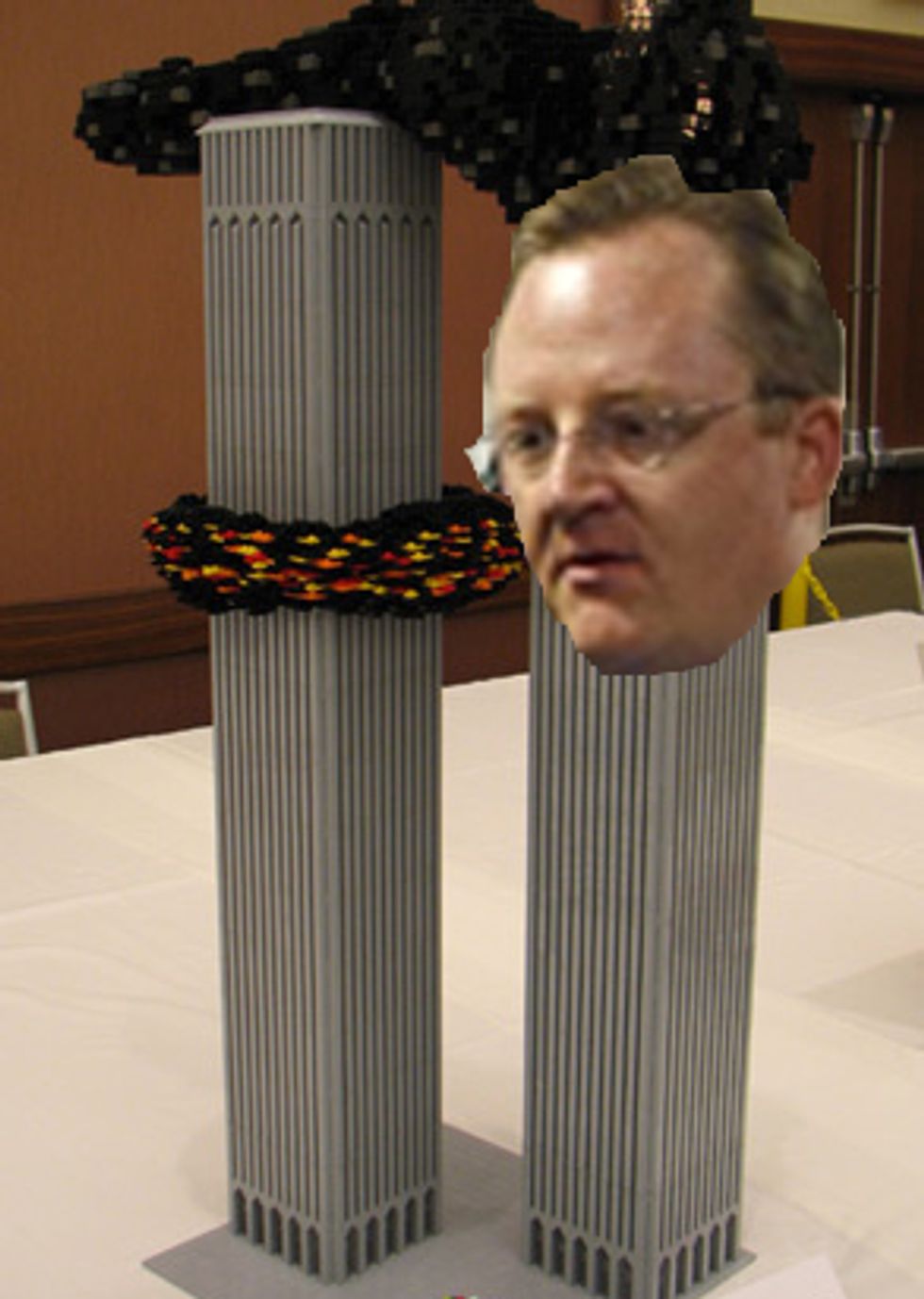 Today is a rather slow news day. Sure, we could post about Chris Christie and Mike Bloombergnot personally plowing snow out of people's streets. There's always a Palin thing. Today: The people of Alaska officially hate her, and the state governor's office still won't release her e-mails. But let's just do an old-fashioned Wonk'd. (Was this supposed to be a play on the teevee show Punk'd? Your editor has no idea.) So here you go, straight and alleged from our tipline: "I just saw Robert Gibbs drop and break his child's tower of Lego at the National Building Museum."

Is Gibbs' kid a member of the professional left? Was he criticizing the administration for a lack of action on infrastructure improvements? We don't know.

But Gibbs is right to do this. That kid is not a professional architect, much less one of such renown to have work featured in the National Building Museum. Gibbs simply was protecting our nation from embarrassment in showcasing such amateurism in a building that is supposed to honor our greatest buildings. [thanks to Wonkette operative "Simon B."]