Robot Helicopters Will Only Be Used To Spy On Pirates, We Swear 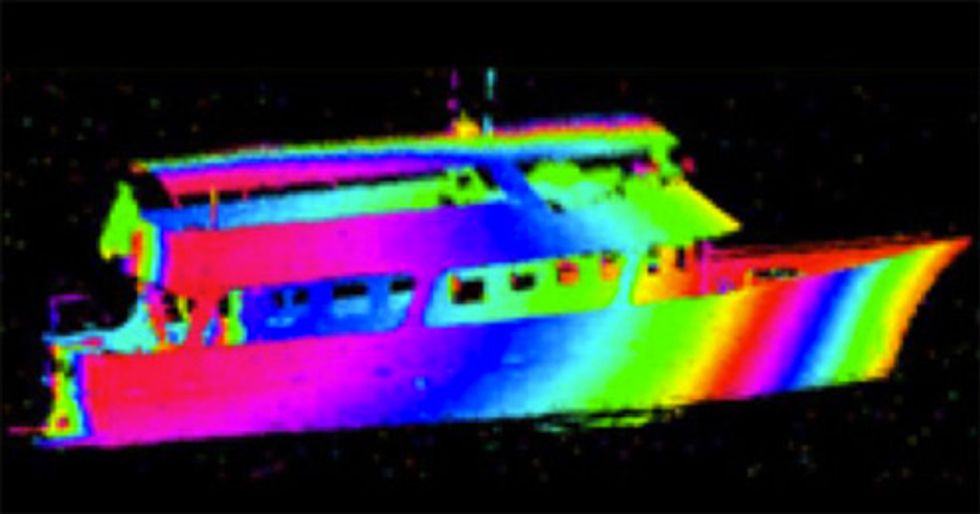 Whoa hey, check out the kewl electric rainbow boat photo. What the hell? This must be how Jesus sees the world when he peers down from the clouds. Is this an Instagram from Jesus? "The U.S. Navy is deploying robot helicopters"-- SHIT -- "that can spot pirate boats -- even when they're in a crowded sea lane." And if the robot helicopter, dare we say, somehow fucks up and targets a non-pirate boat for destruction, then... look, these things happen. Those people probably were going to turn pirate at some point anyway.

So, what, the robot helicopter just scans the sea lane for an 18th-century ship with a skull and crossbones flag, correct? And that's it. Ooh, I'm Mr. Robot Helicopter, I think I'm soooooo smart. Well, you're not. Right, informative Fox News article?

Unlike their movie versions, real pirates don't identify themselves by flying a jolly roger.

The documentary Pirates of the Caribbean: The Curse of the Black Pearl says otherwise, but go on:

The Navy turned to a combination of different sensing technologies to address this. Called the Multi-Mode Sensor Seeker, or MMSS, an unmanned helicopter uses high-definition cameras, mid-wave infrared sensors and laser-radar (LADAR) to find the boat.

Meanwhile, sophisticated software allows the helicopter to identify the target independently of the operator. The software on board compares a 3-D image to templates and schematics in its memory.

You know what else the federal government and defense contractors could do with these robot helicopter technologies besides spy on pirates? Spy on everyone else. But they'd never do that.

[Fox News, photo via the Office of Naval Research]