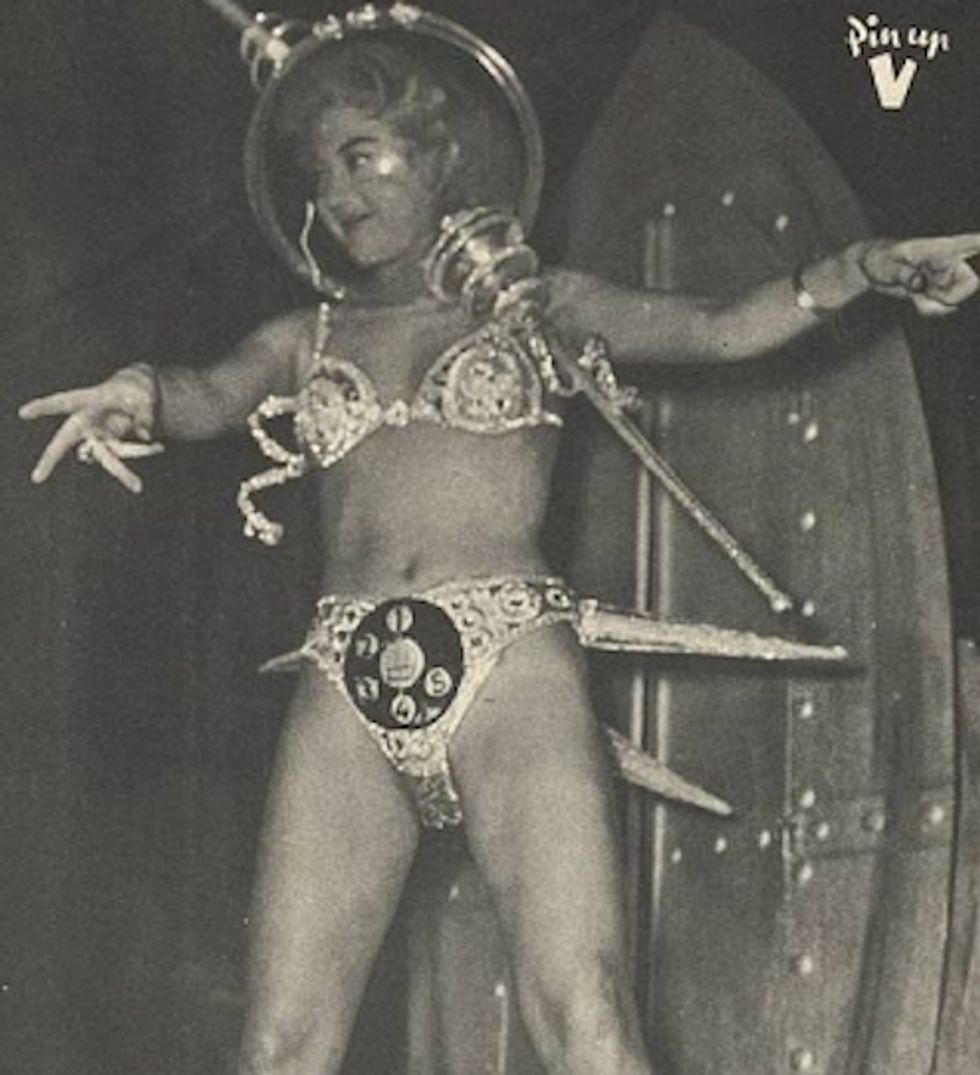 From the same type of nonsense horrible thinking that brought you "ohemgee Hillary wears scrunchies in her hair" comes today's ginned-up poutrage about what women wear. Roll Call is aghast AGHAST WE TELL YOU that Janet Yellen wore the same dress one month apart.

Be right back. We're going to go take some intensive language classes so we can tell one Mr. Warren Rojas of Roll Call to shut the hell up in every Indo-European language we can think of. Janet Yellen is getting ready to be Chair of the Federal Reserve, not the host of "What Not To Wear," you idiot.

Seriously, do we still do this? Really? Was it just a super dry day for pretend snippy gossip on the hill and one Mr. Warren Rojas was edging towards 4pm and thought "aw hell, lemme just vomit this thing onto my keyboard and see if it sticks?"

Don't get us wrong. We have no doubt that Mr. Warren Rojas, gossip dude and former local restaurant critic, is probably a veritable Richard Blackwell and his reflections on fashion are highly sought after party bon mots.

Who the fuck are we kidding. Dude owns two ties and swaps them out and looks different and thinks he's a goddamn genius. Listen, dude. Sometimes ladies wear the same thing! Sometimes as frequently as one month apart. Indeed, sometimes ladies have a particular outfit - like an interview suit - that they wear MANY TIMES for high profile occasions. Perish the thought.

We realize this probably hurts your little gossip brain in some way because you need to fucking police what the future economic leader of the free world wears because oh who the fuck asked you anyway?

Warren Rojas, we've put together a simply divine little evening wear ensemble for you. You'll find it over there in the shut the fuck up tuxedo 44 portly section. Hope you like it.