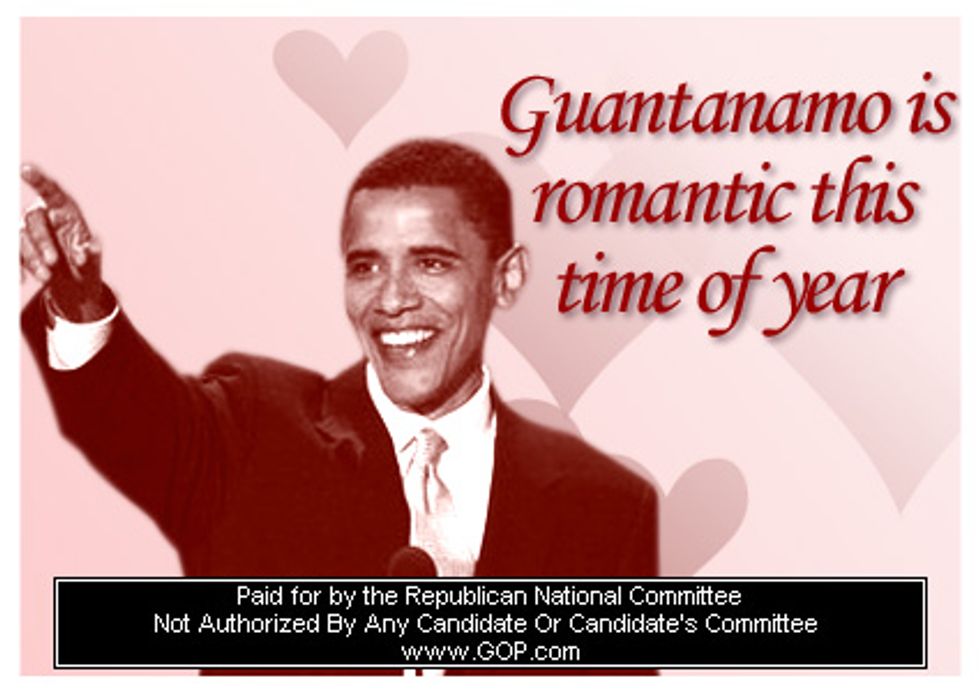 Last year the Republican National Committee redefined humor forever with their amazing Valentine's Day cards. These cards showcased Democratic sexpots Barack Obama and Hillary Clinton imploring voters to have sex with them, constantly, and also raise taxes. This year, they have taken things one step further and devolved into full-on pornography. Come and look! Look and come!

This would be funny if it were, say, Dick Cheney or Mitt Romney or one of the myriad other douchebags who professed to love Guantanamo so much. But here it just doesn't make sense. Fail, Republican comedy wizards!

Better. This one works because it suggests that you, the reader, are an insane Iranian charlatan, or perhaps a megalomaniacal North Korean dwarf. Either way: hott.

Maybe it's just that it's lunchtime, but that actually sounds pretty good.

Clearly, all of these cards share a common trait: they walk right up to the line between sweet romantic overtures and complete debased filth, and then they leave a Cleveland Steamer right on that line. Bravo, RNC, you naughty minxes.